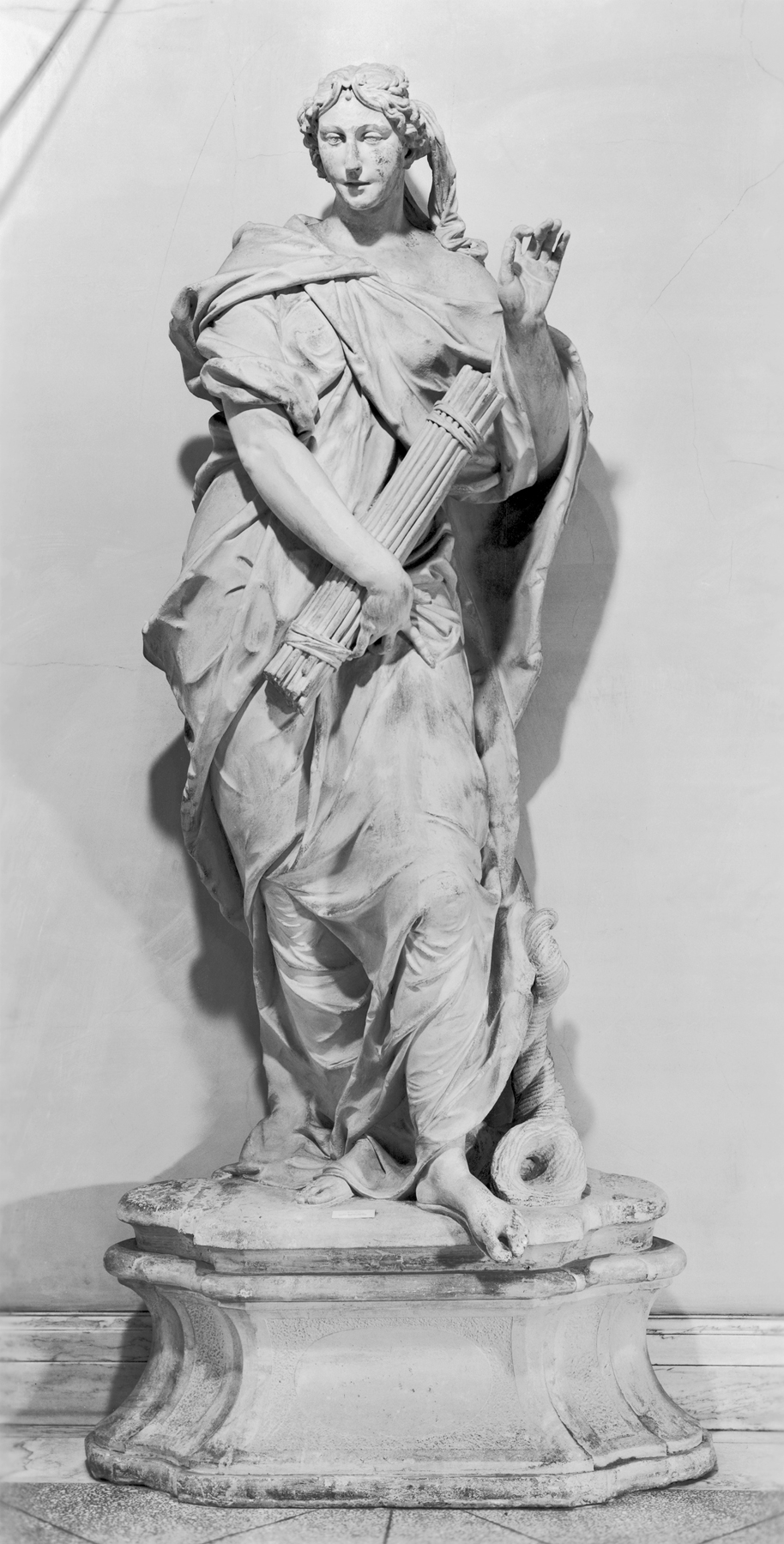 This figure holds a bundle of rods (the "fasces lictoriae," an ancient symbol of authority), and a cornucopia, a symbol of abundance, is beside her. She is an allegory of "Concordia" (harmony and peace), as described in the popular emblem book by Cesare Ripa, first published in 1593. 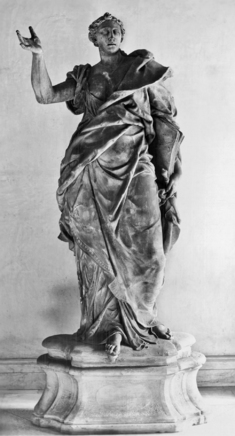 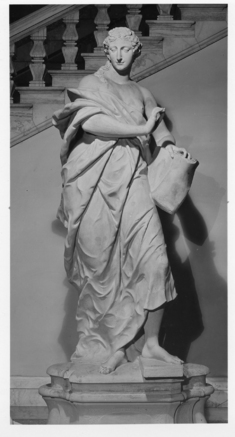