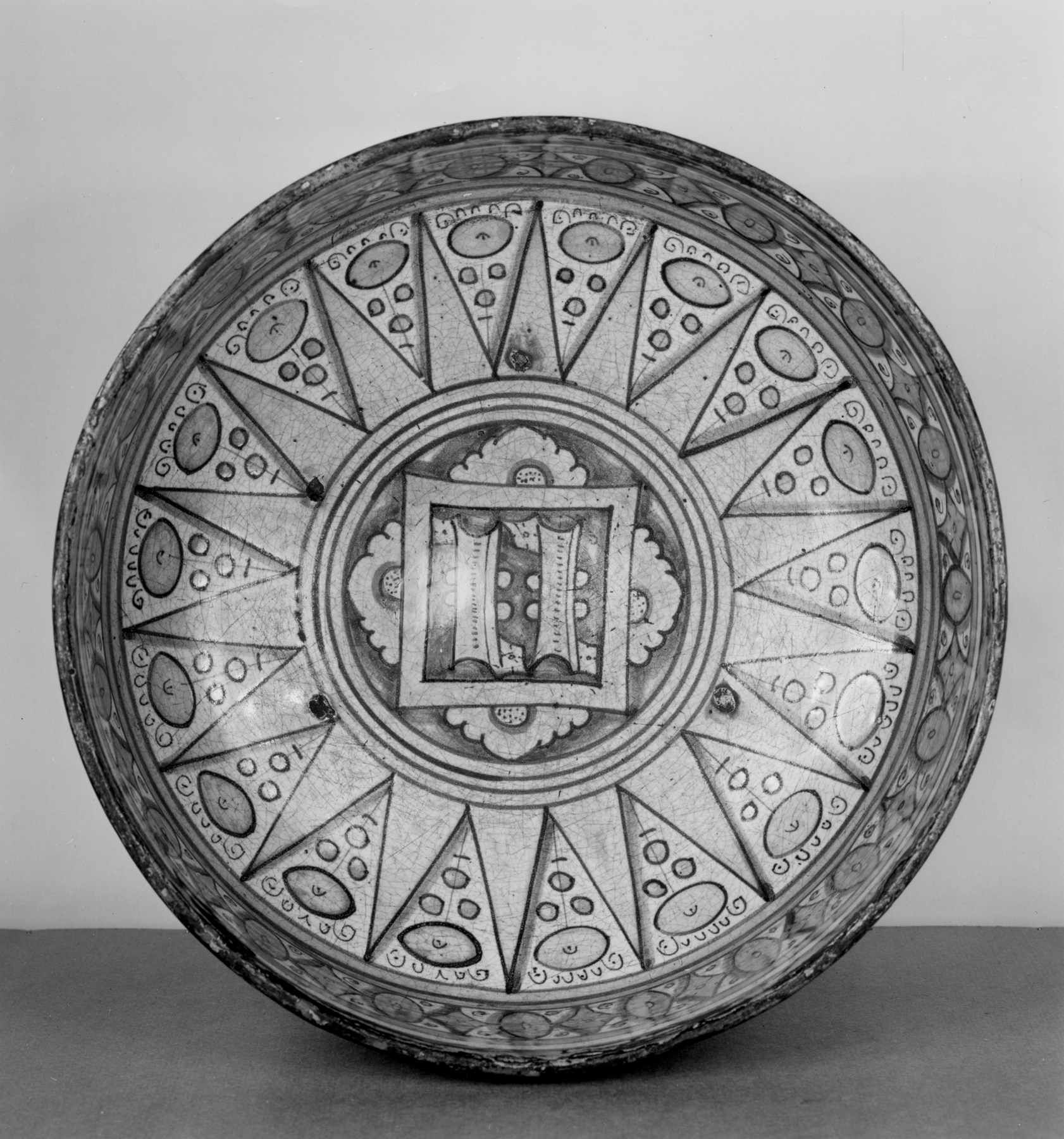 Large Bowl with Foot and Vertical Side

This type of bowl was popular in early sixteenth-century Deruta, where it may have been used to hold fruit or sweetmeats on a banqueting table. Inside is a band of alternating diamonds and ovals around the side; in the center are two banderoles in a square edged by four petals, and the whole is set within four concentric circles, surrounded by a wide border of pointed rays alternating with stylized buds. The exterior is decorated with a longitudinal band of buds around the side, painted oblique gadroons on the lower part of the body, and a band of radial leaves around the foot. The calligraphic letter “N” in the center probably represents the name of the bowl’s original owner. The gold luster used on the bowl was influenced by pottery imported from Spain, and the diamond ornament is characteristic of Deruta pottery from this period. For more on the use of luster glazes, see 48.1320; for additional information on “maiolica,” see 48.1336.

[Transcription] In the center interior, within an ornamented square, in stylized gothic text: N