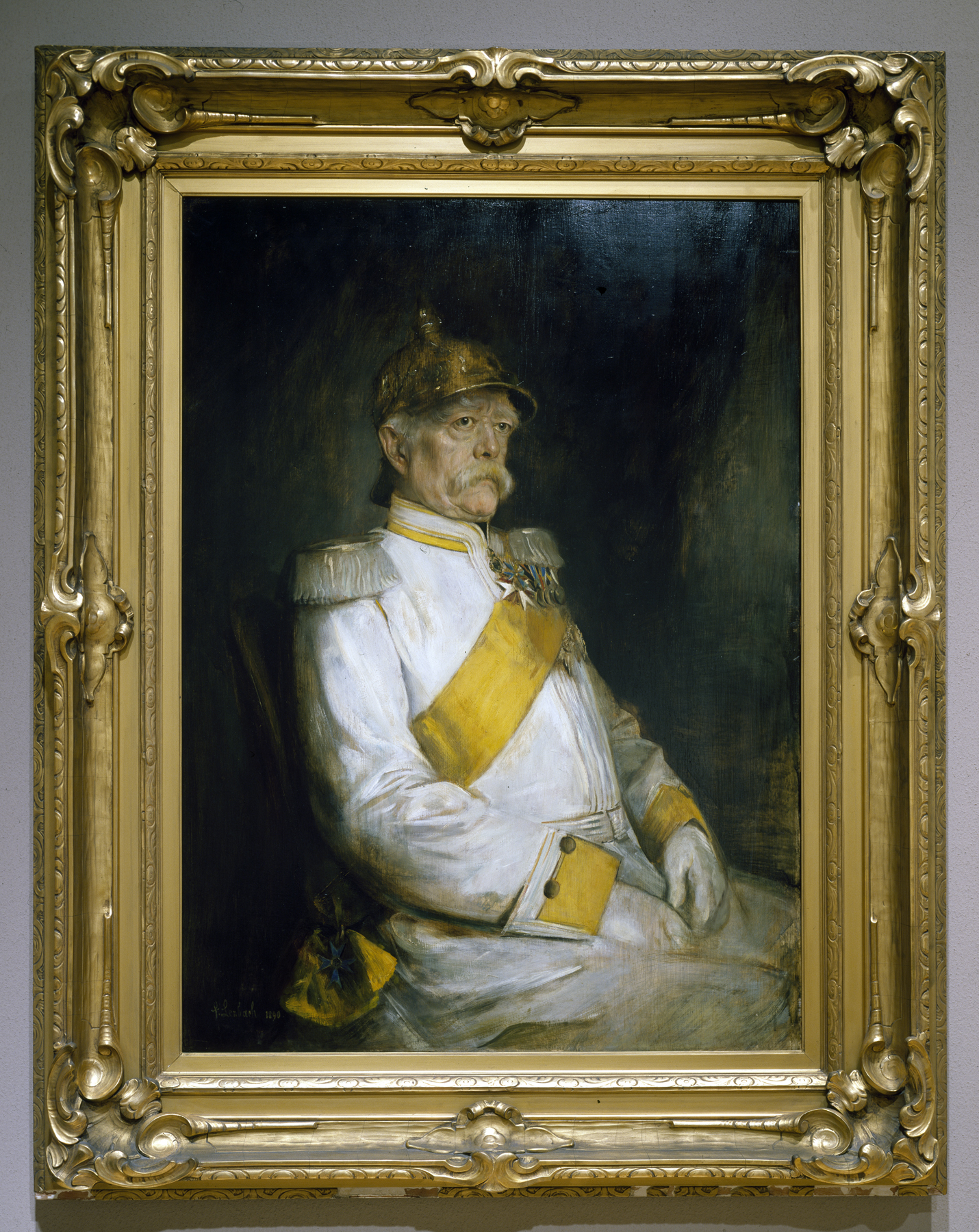 Bismarck, painted in his seventy-fifth year, is depicted seated, and turned slightly to his left. He wears the white uniform of the Magdeburg Cuirassiers' Regiment no. 7. Displayed across his breast is the yellow ribbon of the Order of the Black Eagle; the cross of that order is visible at his right hip. Pinned across his left side are a number of indecipherable medals. His gloved hands are held loosely in his lap. The cuirassier's helmet has been pushed upward to reveal the Chancellor's face with its distinctive bushy brows and mustache.

Early accounts indicate that this portrait was based on studies made from life in the winter of 1889-90. One of over eighty portraits of Bismarck, this picture is almost identical to a portrait in the Städtische Galerie im Lenbachhaus, Munich. The latter, measuring 119 x 96 cm, is signed and dated "F. Lenbach/Friedrichruh 1890."