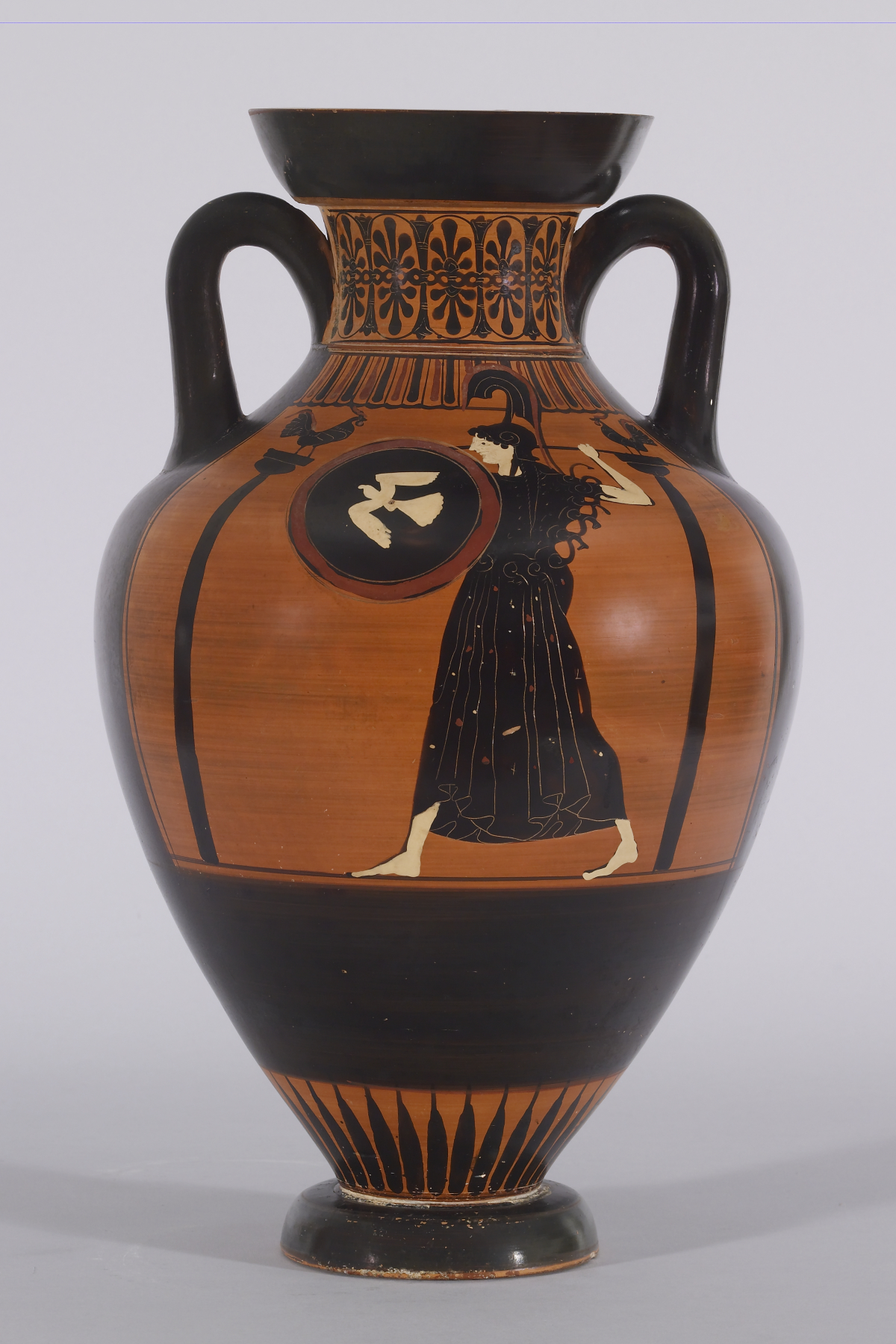 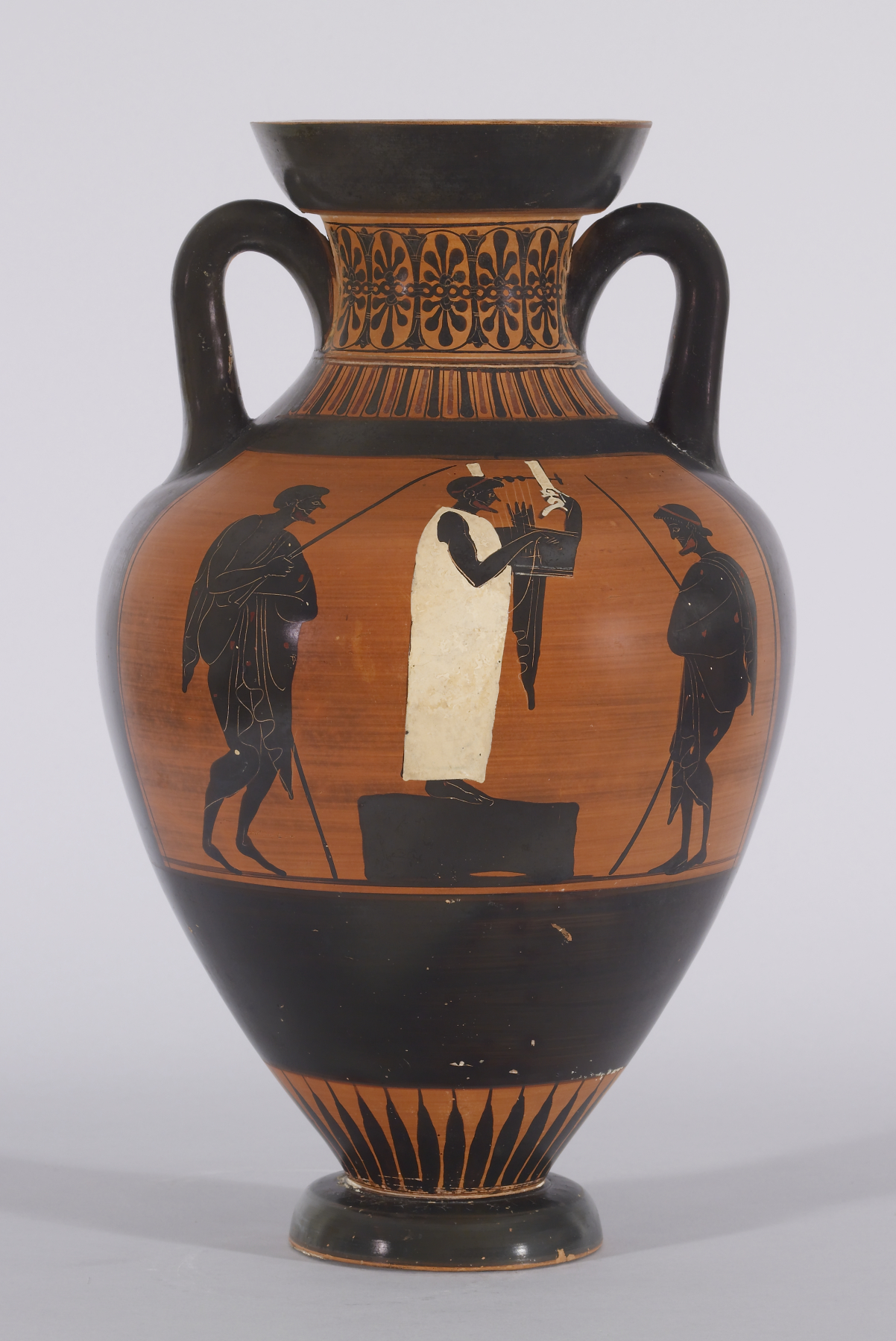 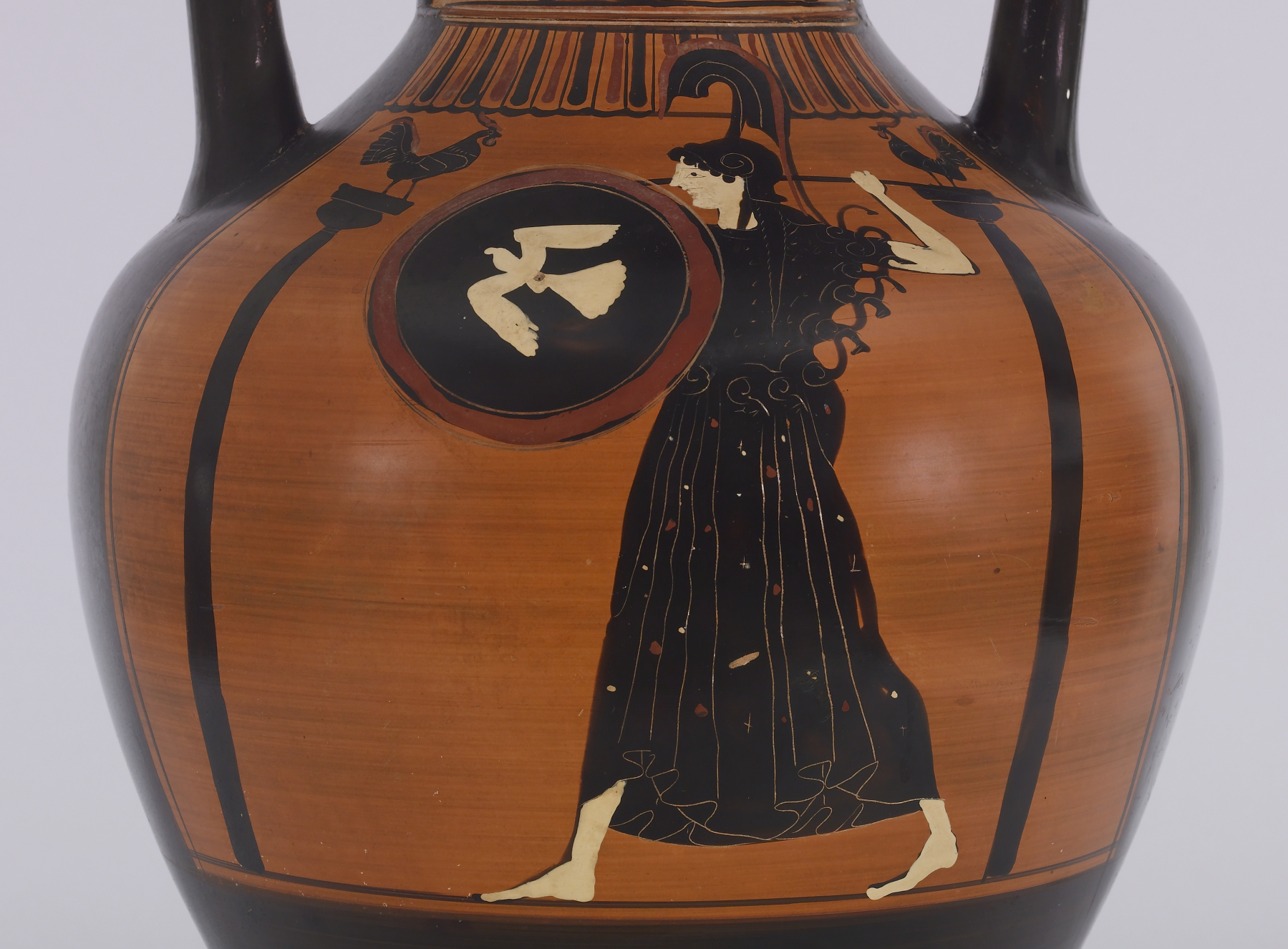 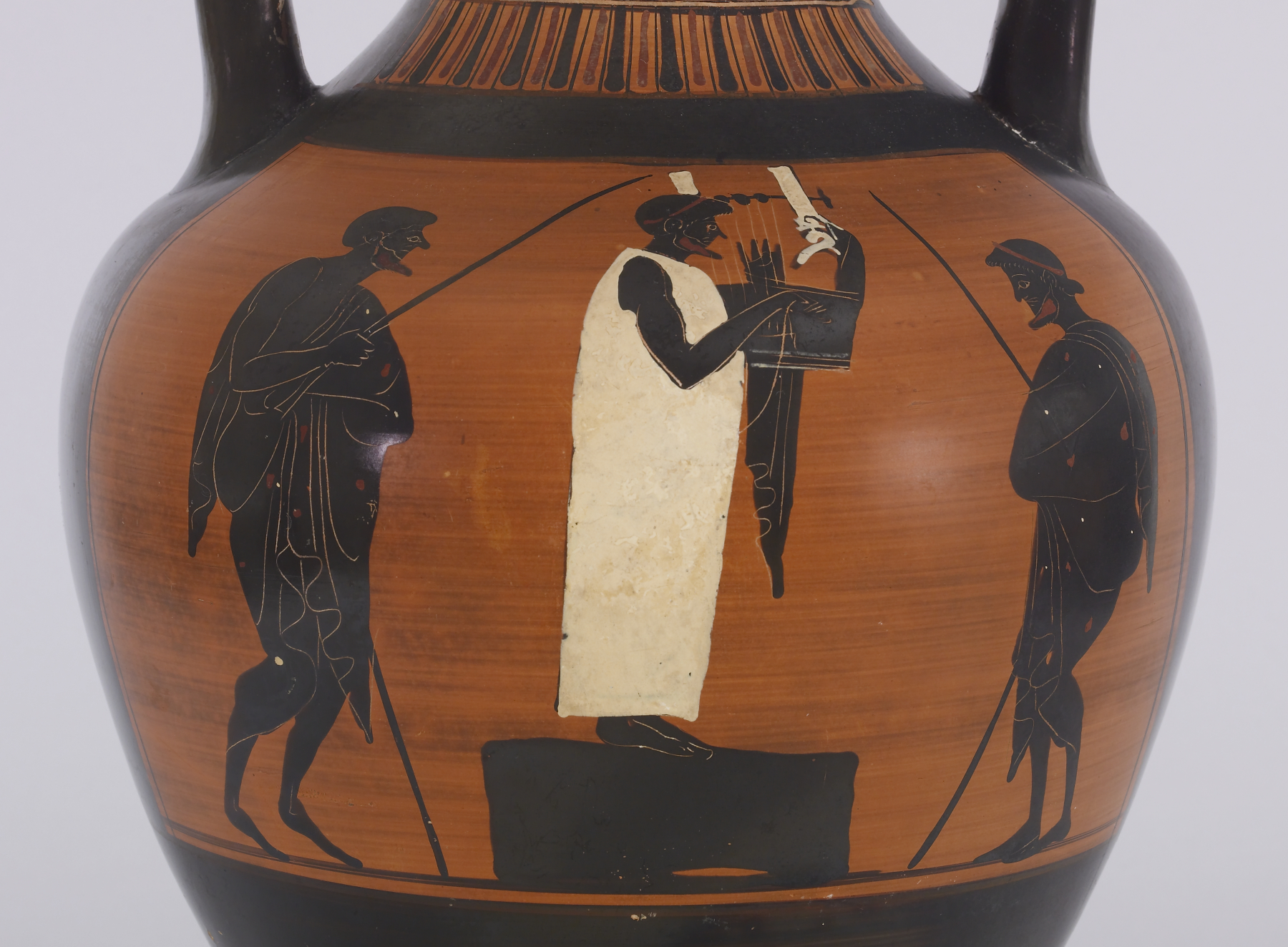 Pseudo-Panathenaic Amphora with a Musical Competition

The image on the obverse of this amphora may represent the "mousikoi agones," or musical competitions, of the Panathenaic festival (Bundrick 2005, 160-74). In the center of the scene, a bearded man clad in an ankle-length white chiton stands on a "bema," or podium. Facing right, he holds a large seven-stringed kithara in his left hand. With his right hand, he plays the instrument, using a plectrum attached by a string. The kithara's cover hangs below. Added white paint has been applied to the arms of the elaborate kithara to simulate ivory. One man stands on either side of the bema, perhaps representing spectators, trainers, or judges of the competition.

The kithara was a highly esteemed instrument in Archaic Greece, and both Apollo and Orpheus were mythological models for human performers (Shapiro 1992, 69). Herodotus (1.23-24) reports the story of Arion, a highly regarded and successful kitharode who was thrown overboard from a ship by men who conspired to rob him. According to the tale, Arion was saved by a dolphin and returned to shore unharmed, which suggests that kitharodes were believed to have enjoyed the patronage of Apollo. The image on this vase finds a heroic counterpart in the representation of Herakles Mousikos, in which the hero appears as the performer, often with Olympic deities as spectators.

On the amphora's obverse, Athena strides to the left, wearing her characteristic helmet and scaly aegis. The goddess wields a spear and holds a large shield decorated with a soaring eagle. Two Doric columns, each with a rooster perched on top, flank the goddess. This is the standard configuration for one side of the Panathenaic amphora, which was given as a prize at the quadrennial games in honor of the patron goddess of Athens. However, the size of this vase and the lack of an inscription indicate that it was not actually used as a prize.