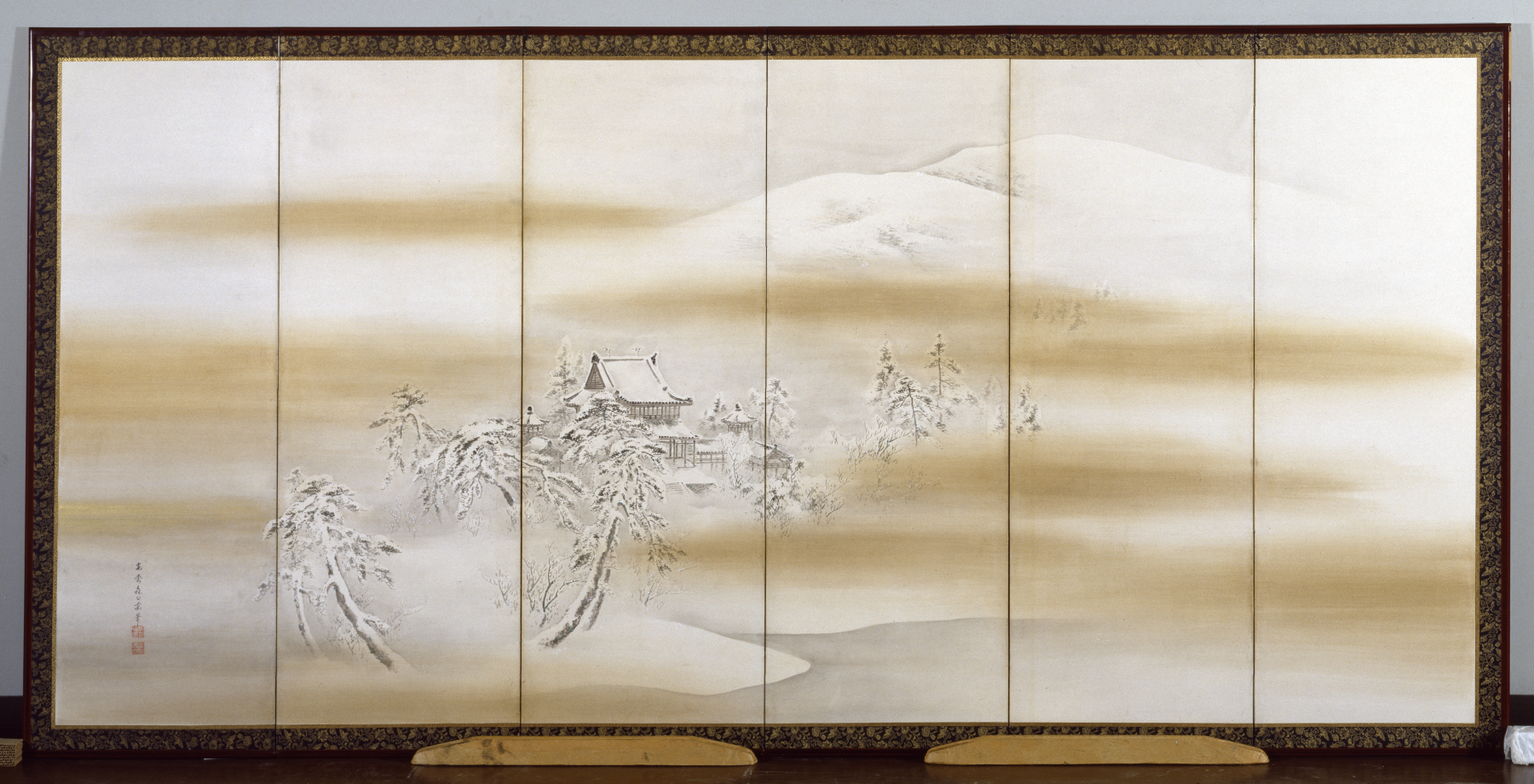 The roof and one wing of the Hoodo, the phoenix hall and main building, at the Byodo-in in Uji appears rising above the trees in this graden setting. In the distance a hill rises up to meet gold clouds as they drift across this six-fold screen, or byobu.

Thiis screen shows a famous Buddhist temple south of Kyoto and is a one of a pair with "Kamigamo Shrine in Summer" (35.147). Working in the style of the 18th-century master Okyo, Mori Kansai wanted the two screens to contrast not only in terms of religion (Buddhist, Shinto), space (south, north), and season (winter, summer) but in the way they are painted--with a sharp contrast of light and dark in "Winter," a subtle gradation in "Summer."