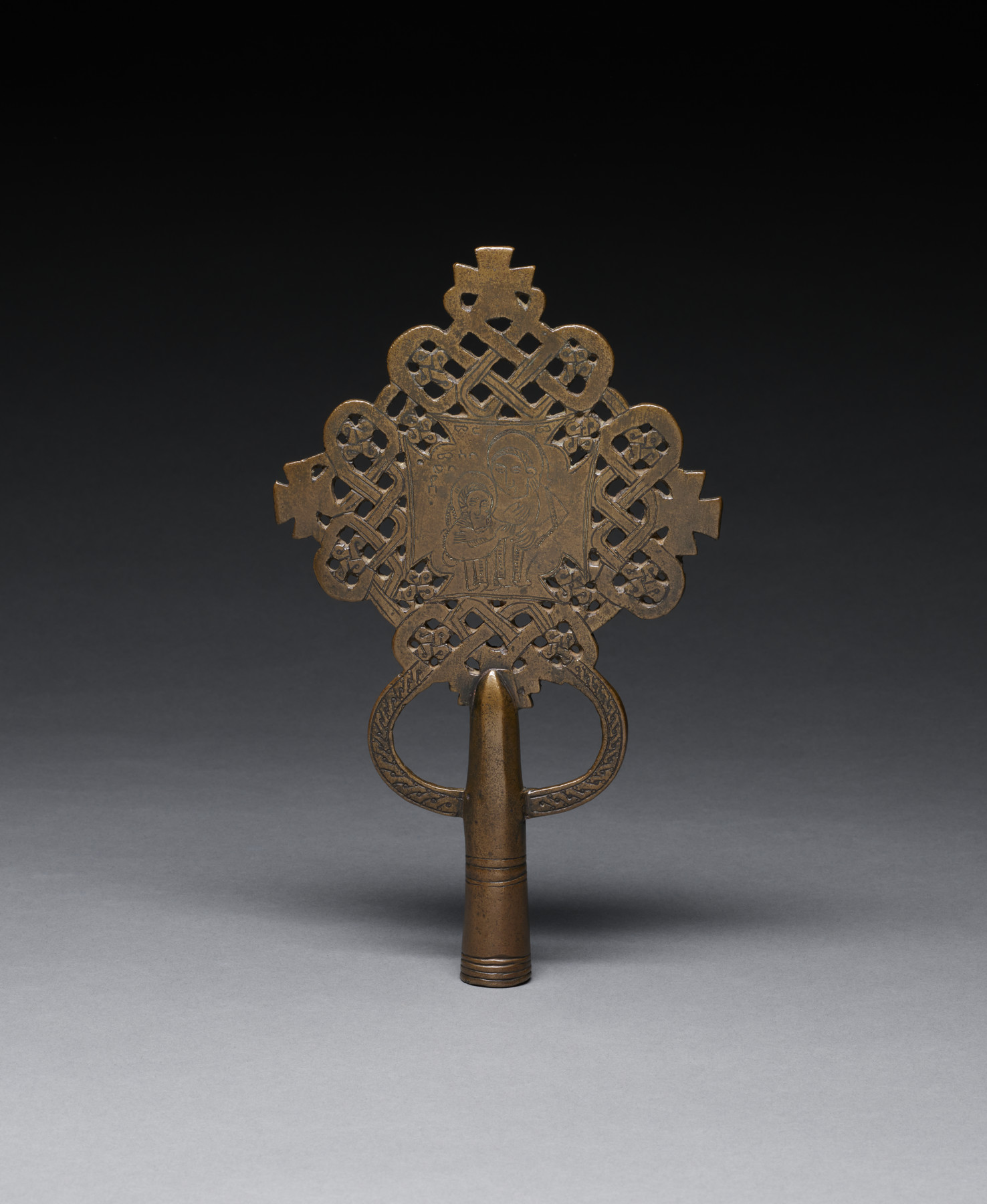 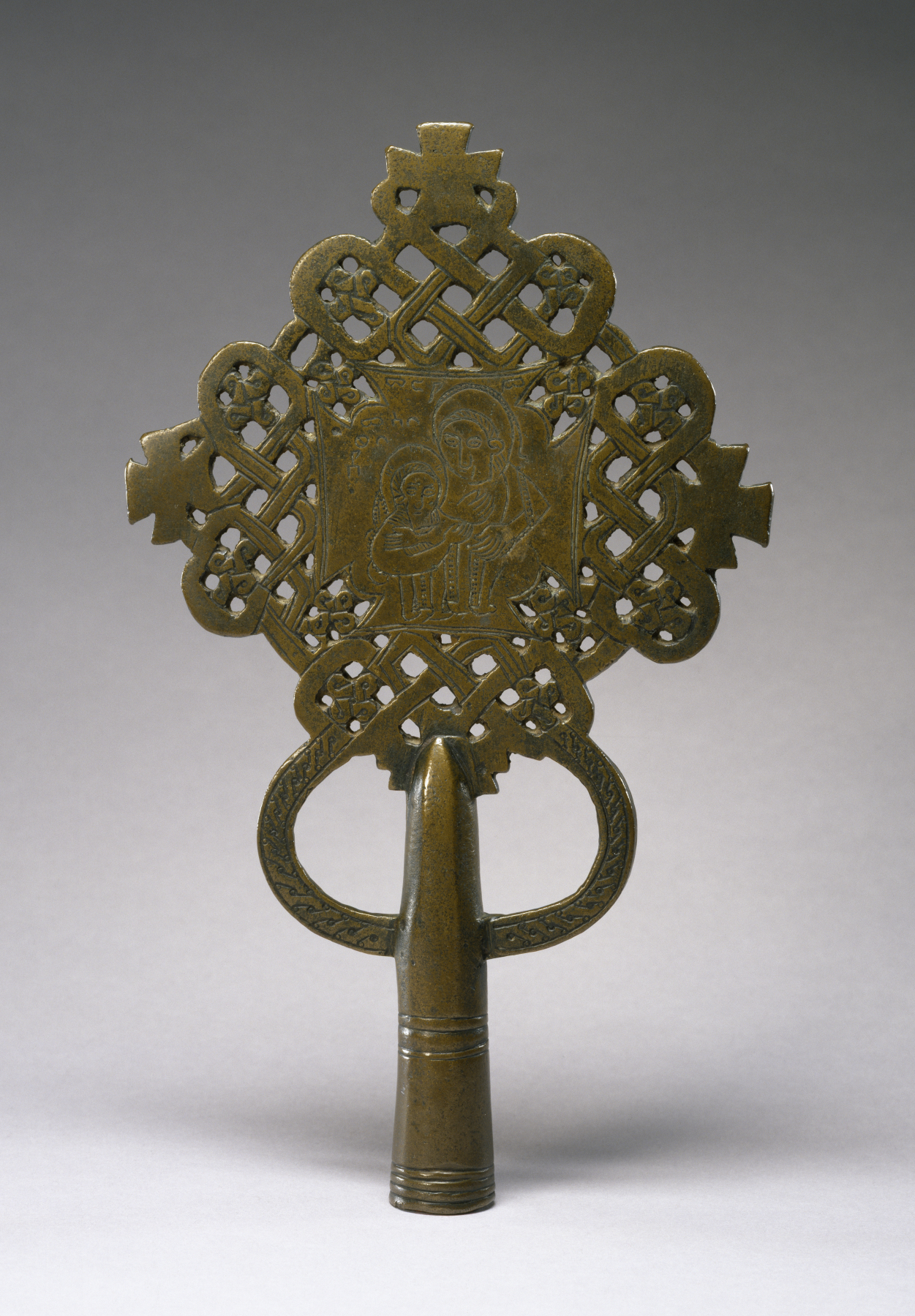 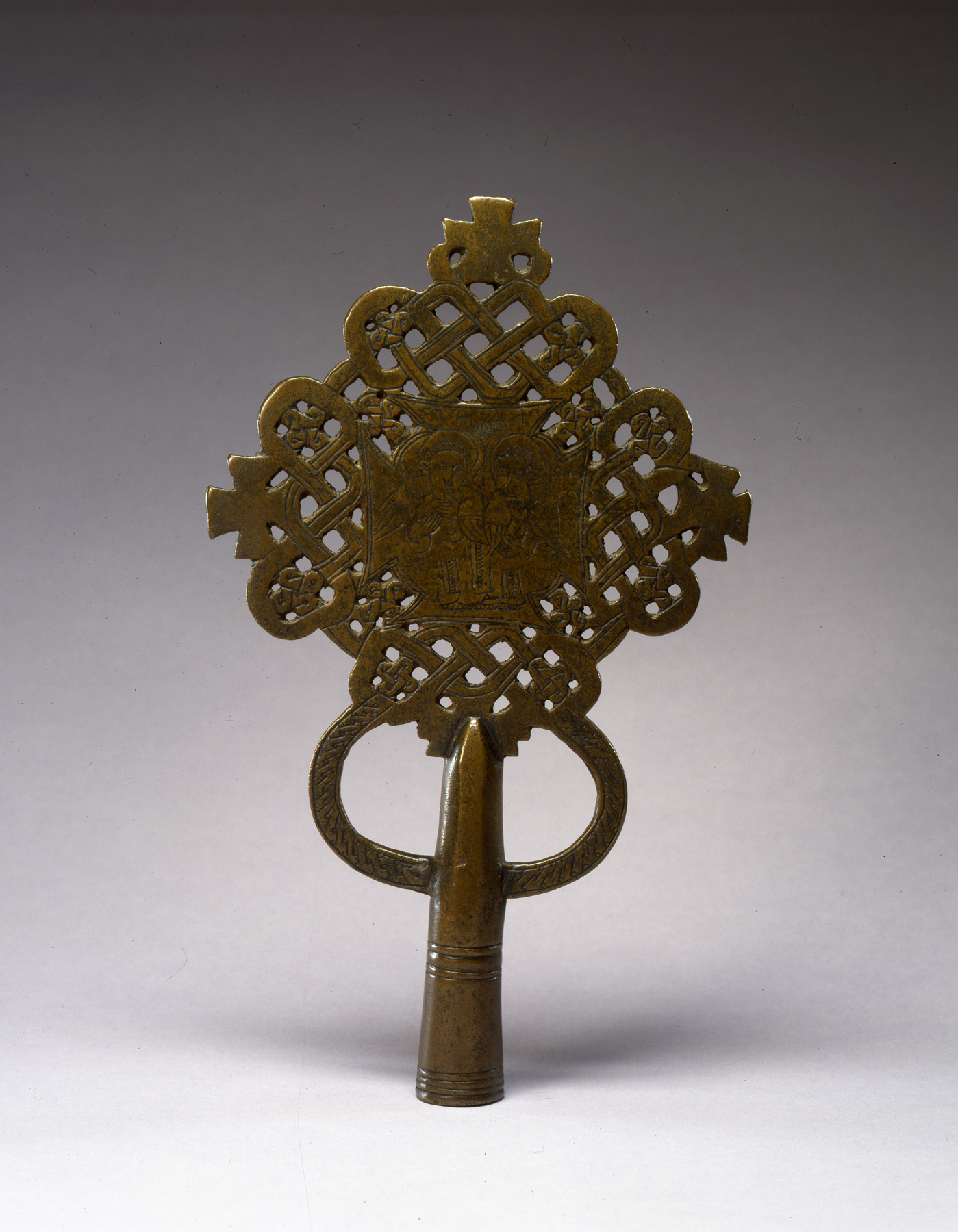 In a design typical of the 15th century, this cross uses an interior panel to represent sacred figures. Because it has been cast as a single piece with the shaft, it is likely that this cross represents a relatively early example of this form. The incised central panel features an image of Mary and the infant Christ on one side and the figures of two archangels on the other. The picture field, consisting of a short-armed cross, is surrounded by an interlacing web terminating in small crosses. The incised linear decoration accentuates the woven character of the design, conveying the impression that individual bands pass over and under each other as they encircle the central panel.

The cross's incorporation of an image of the Virgin Mary, whose veneration was formalized under Emperor Zär'a Ya'eqob (reigned 1434-68), suggests that the object combined the functions of a processional cross and an icon. Krestos Sämra, a female saint who founded a monastery on Lake Tana in the mid-15th century, often prayed holding a cross that featured a picture of the Virgin and Child. By the 15th century, the devotional function of icons had radically influenced the traditional design of the processional cross.