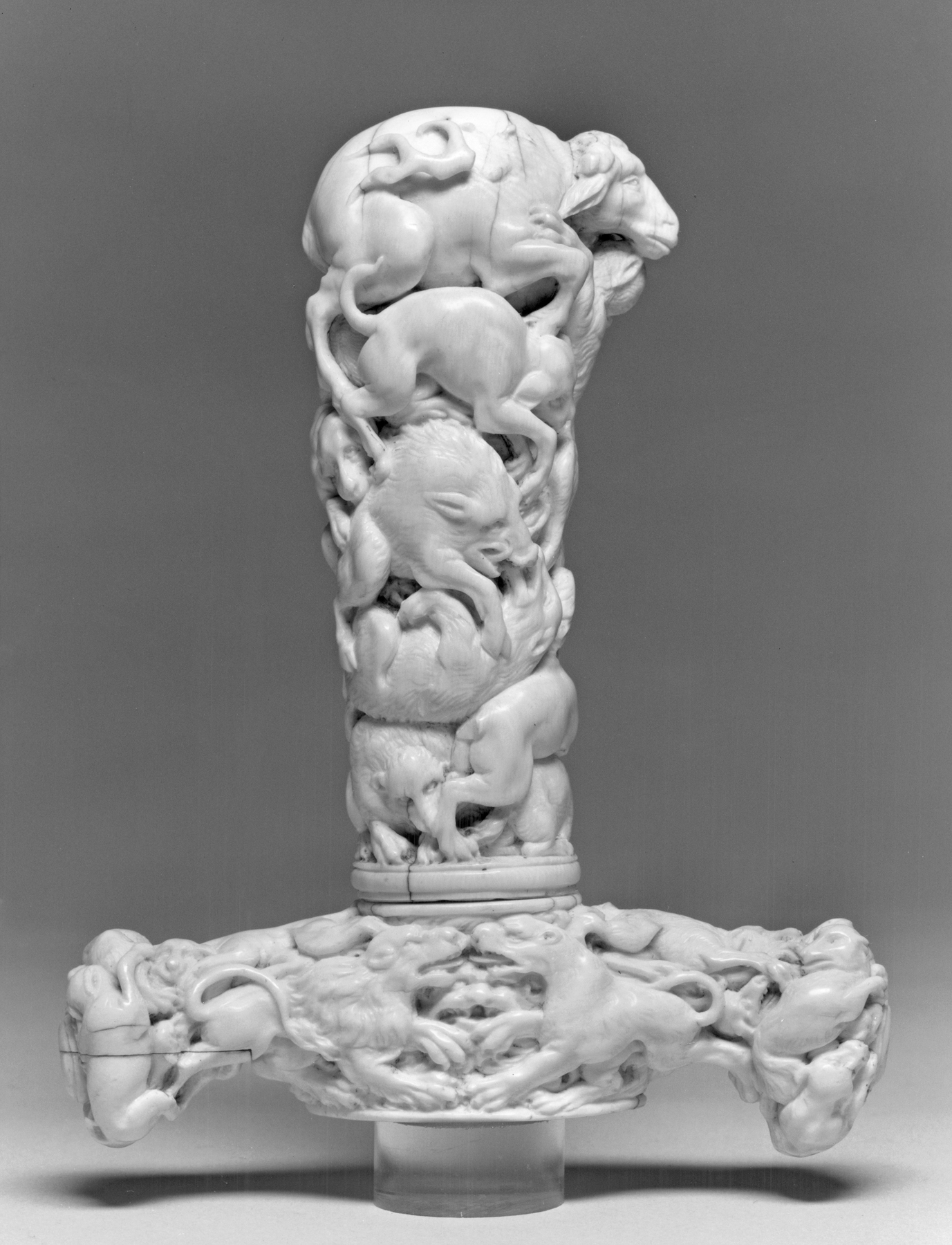 Hilt of a Hunting Sword Depicting Beasts of the Chase

The hunt for large game such as wild boar or deer- an exclusively aristocratic activity- provided ideal opportunities for noblemen to display their wealth and taste. Craftsmen developed an array of luxurious accessories, such as the decorated sword hilt, attached to a blade by a separate craftsman. Ivory could be carved into intricate shapes, felt great in the hand, and as the tusk of a powerful animal called to mind the belief in the hierarchy of all living things. The hunting sword was a potent symbol of this, as it was the nobleman's right to give the final thrust of the sword to an animal actually downed by attendants.

Hunters respected the grace and fierce will to live of the animals hunted; their depiction on weapons expressed homage as much as dominion. Such hunting accessories in ivory are remarkably similar to ones entering European collections from Mughal India and may have been influenced by the latter.