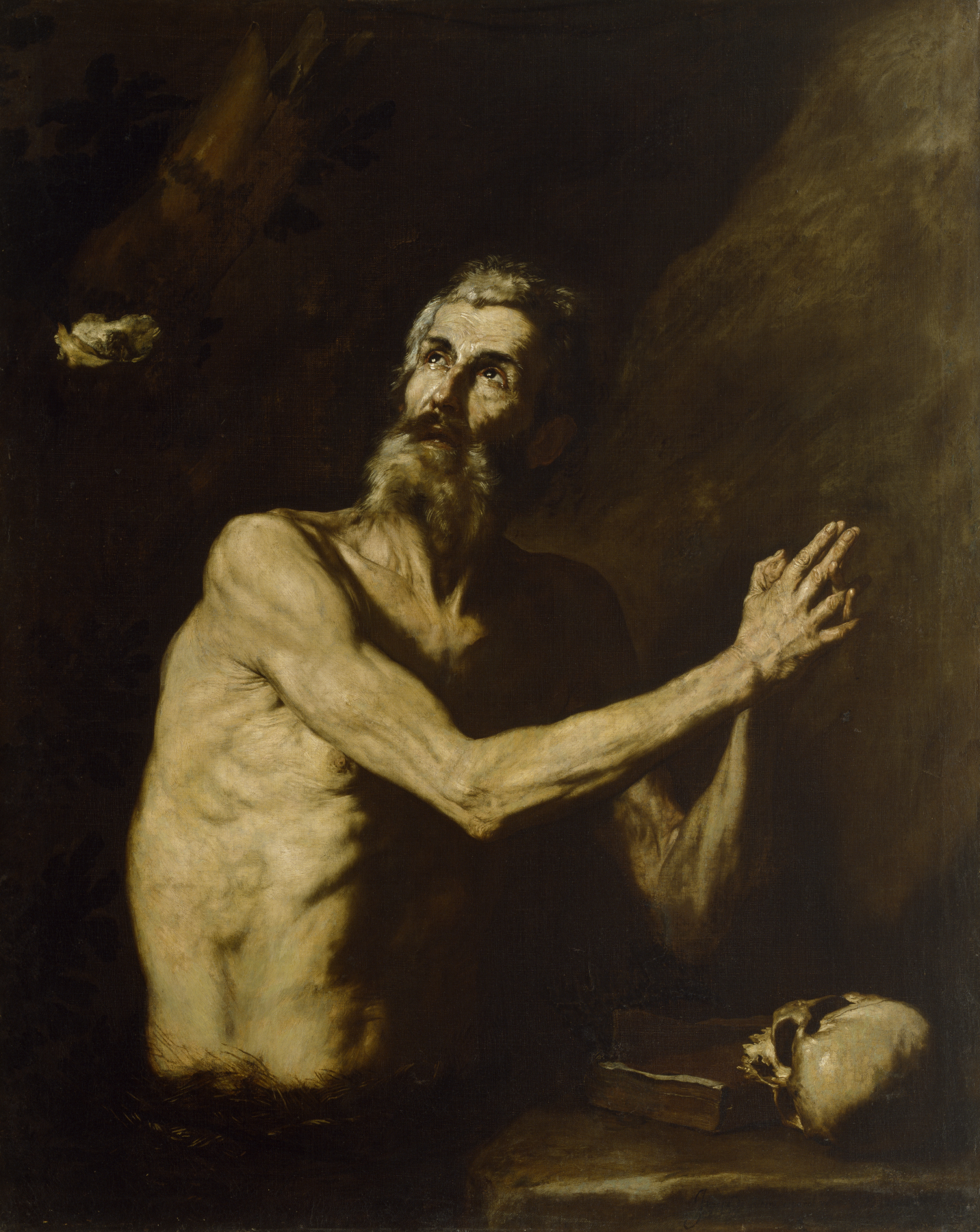 Paul the Hermit was a 3rd-century Egyptian saint who escaped persecution as a Christian by retreating into the desert, where he lived in continual meditation until he was more than 100 years old. The raven that sustained Paul by bringing him bread each day appears at the upper left. The skull prompted his meditation on the brevity of human life.

Ribera was born in Spain but worked in Italy, first in Rome, and after 1616 in Naples, where by the 1630s he was considered the leading painter. His use here of stark contrasts of light and dark, made popular by the Italian painter Caravaggio (1571-1610), highlights the modeling of the saint's emaciated torso. The thick paint and textured brushwork that evoke the wrinkled skin contribute to the realism of the image. This is critical to the emotional impact on the viewer of Paul as a model of personal penance that was central to Counter Reformation Catholic devotion.