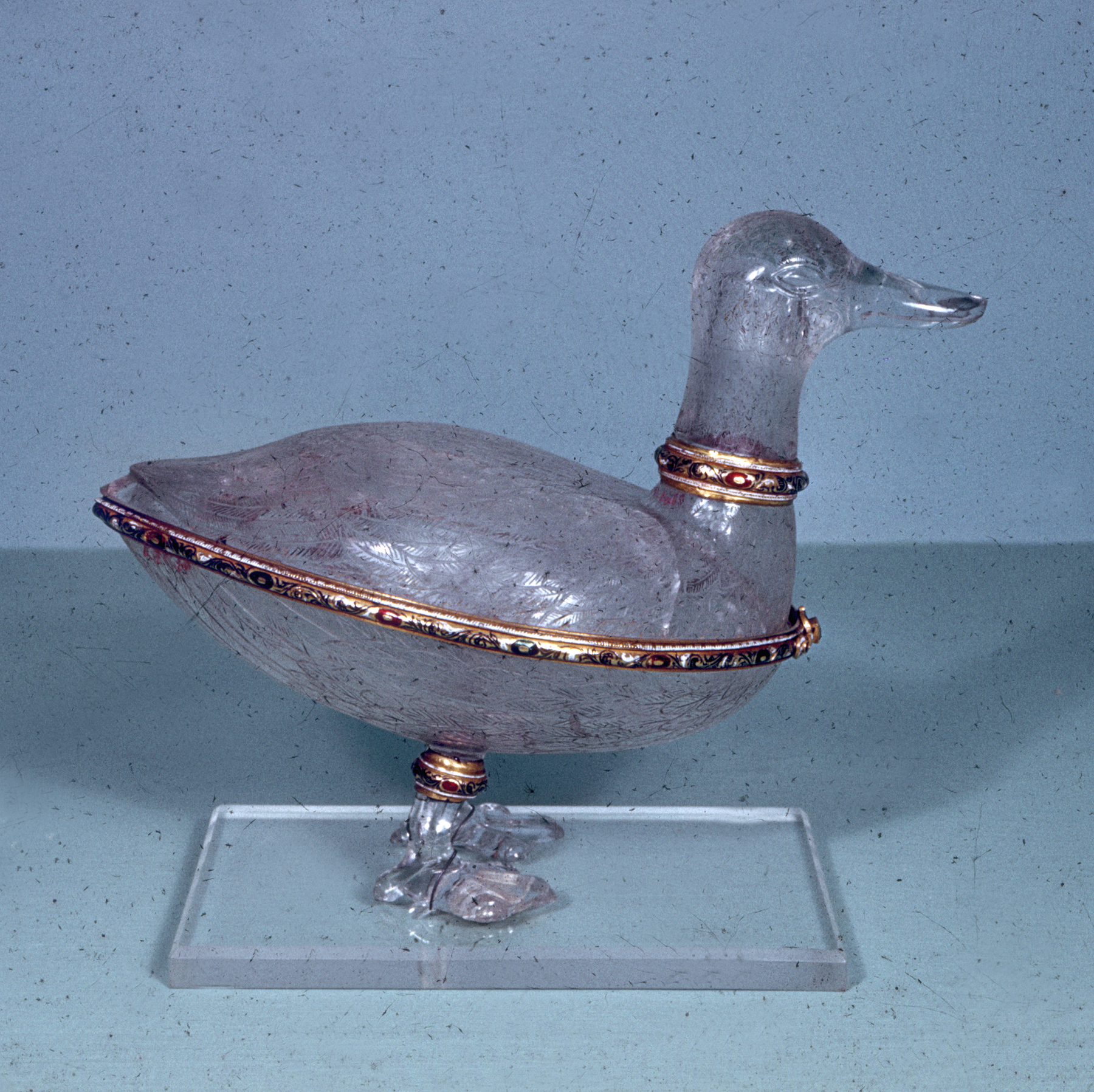 Covered Bowl in the Shape of a Duck

This dazzling carved, polished and engraved covered bowl is amusingly shaped as a duck and would have been judged by contemporaries as a triumph of artifice in the imitation of nature in such an unlikely and difficult material. Contemporaries would also have admired the virtuosity of the execution, not only in the carving but in the engraving of the feathers. By 1600, the skills in carving rock crystal associated with the workshops of Milan were also found at the courts of central Europe.