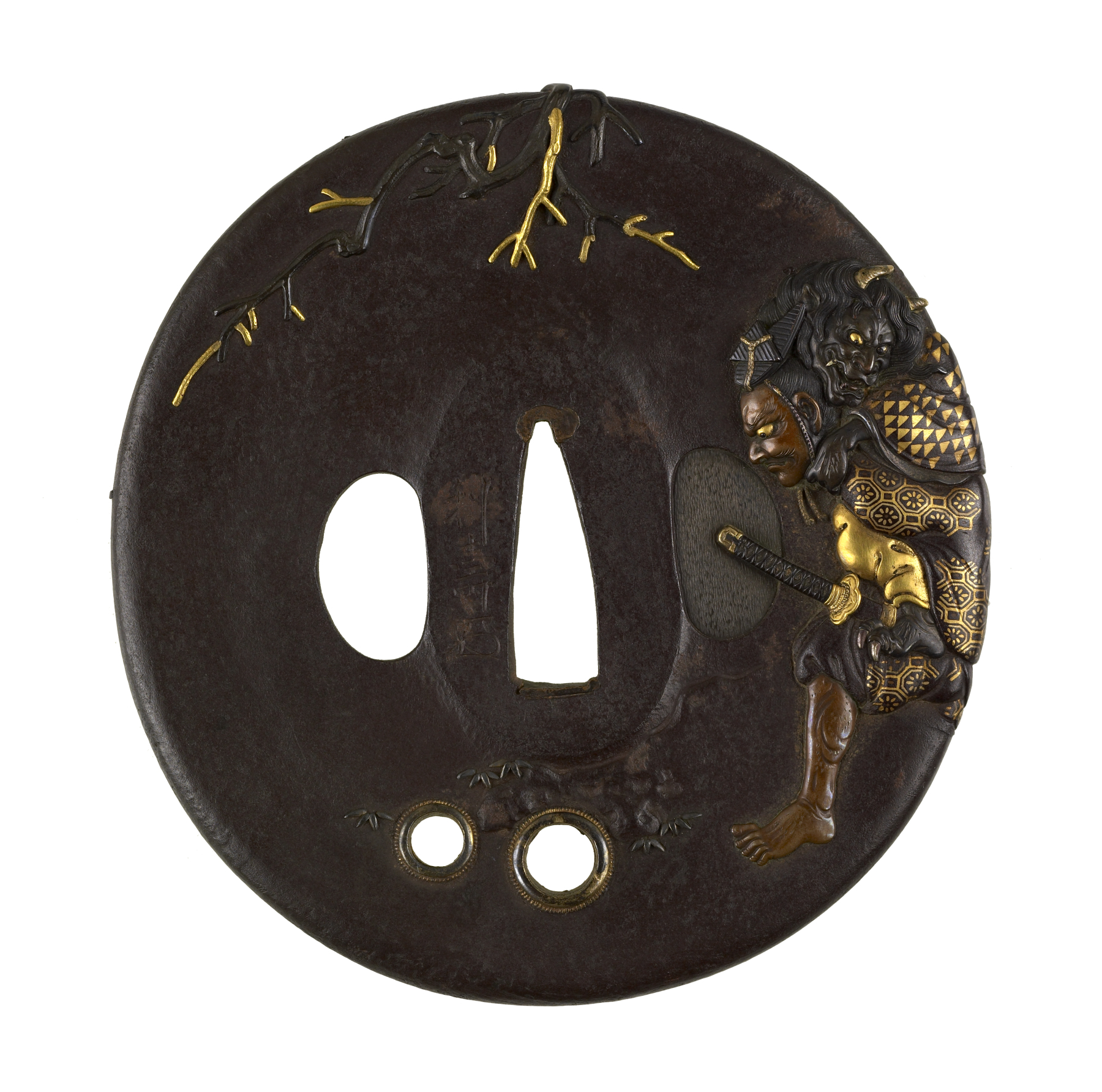 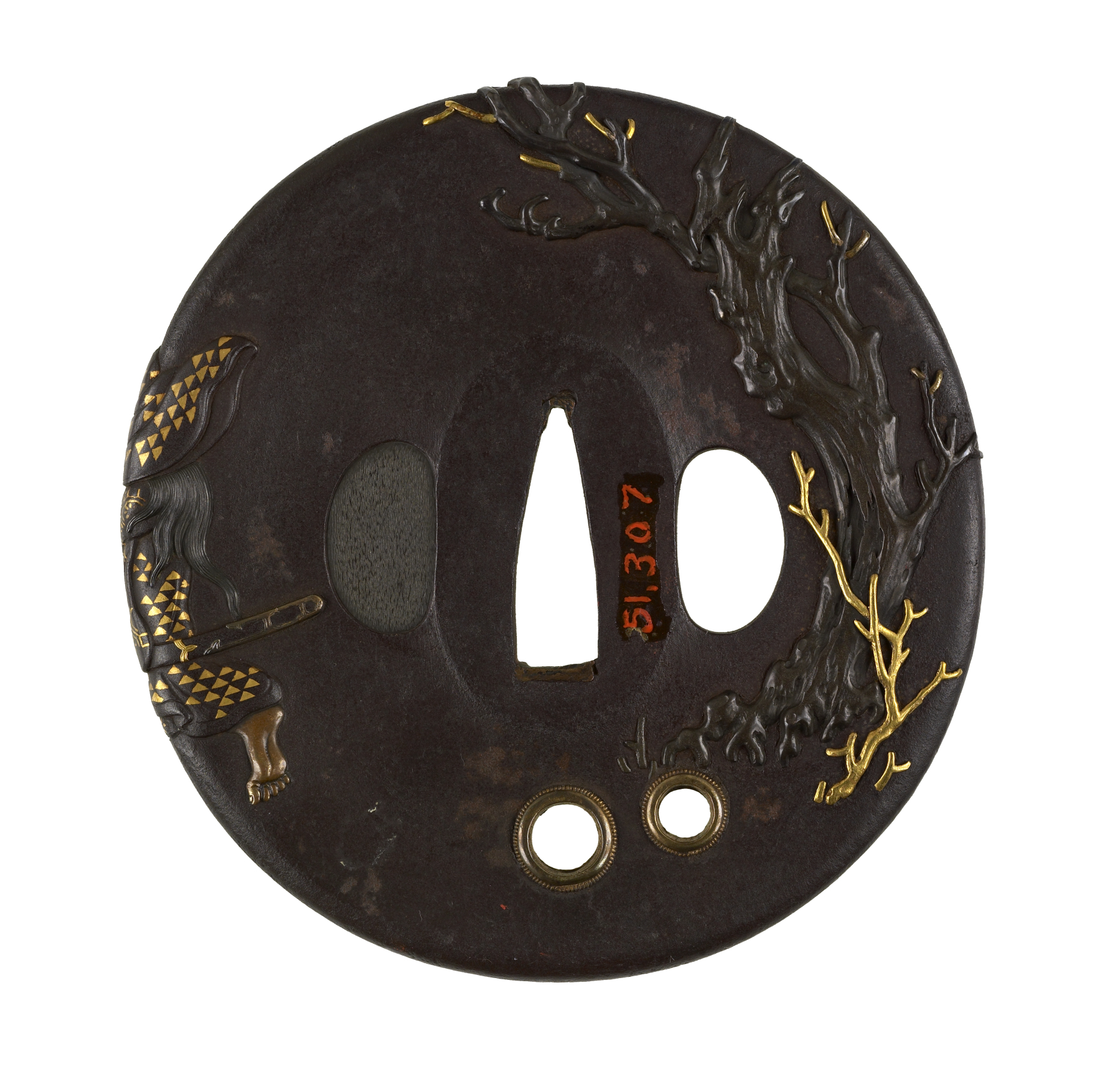 Tsuba with Ômori Hikohichi Crossing a Stream with a Demon

The main figure on this tsuba is Ômori Hikohichi, a 14th-century warrior. He is most often depicted in art as he is here, with a female demon on his back. Hikohiki is said to have offered to carry a beautiful woman across a stream. While crossing the stream, he saw her reflection as a demon in the water. In some versions of the story he kills her, while in others she runs away. When the story was adapted for use in theatrical dramas, the woman was portrayed as the daughter of Kusunoki no Masahige, who erroneously thought Hikohichi was responsible for her father's death. The daughter was not actually a demon, but wore a mask to frighten Hikohichi. On the tsuba, Hikohichi and the female demon are shown on the right side. Their bodies wrap around the edge and can be seen on the back. The two holes on the bottom of the tsuba were used for cords attached to the sword handle.