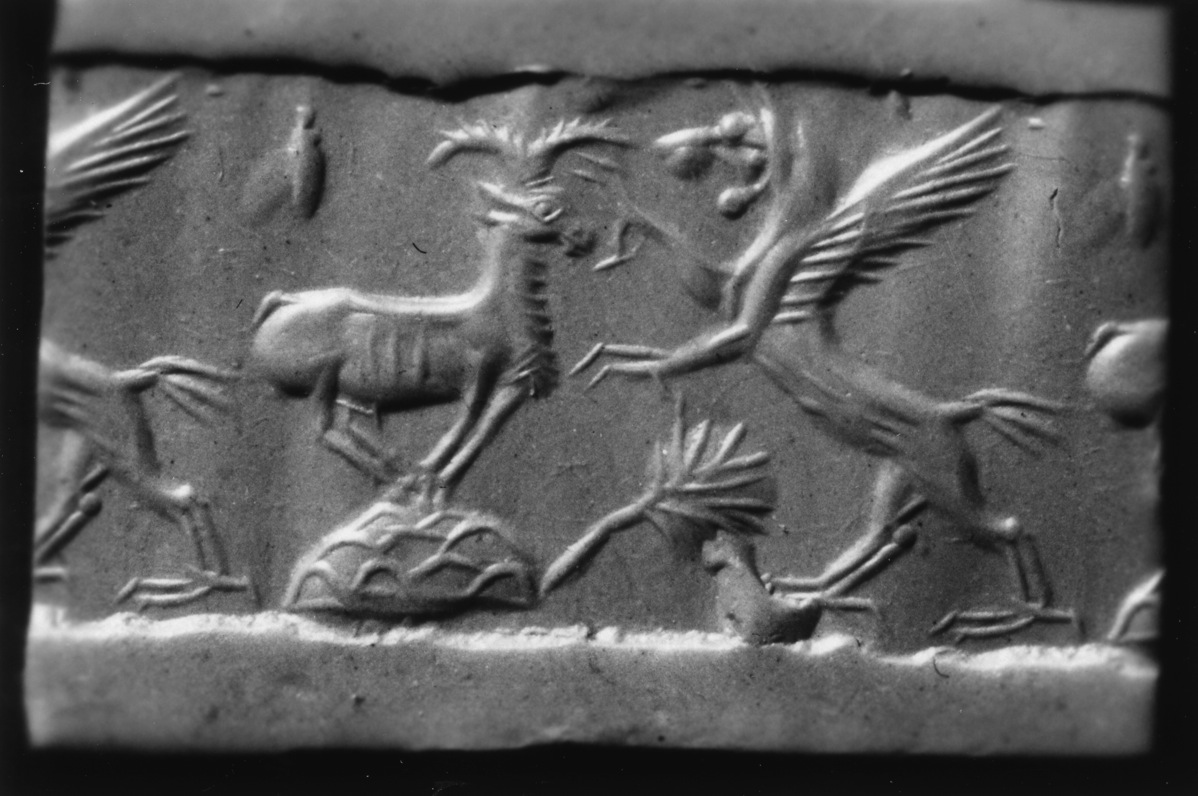 During the Middle Assyrian period, the art of the cylinder seal increased in naturalism, movement, and sculptural quality. This seal exemplifies these trends as a rampant winged lion attacks a horned animal standing on a rocky landscape.