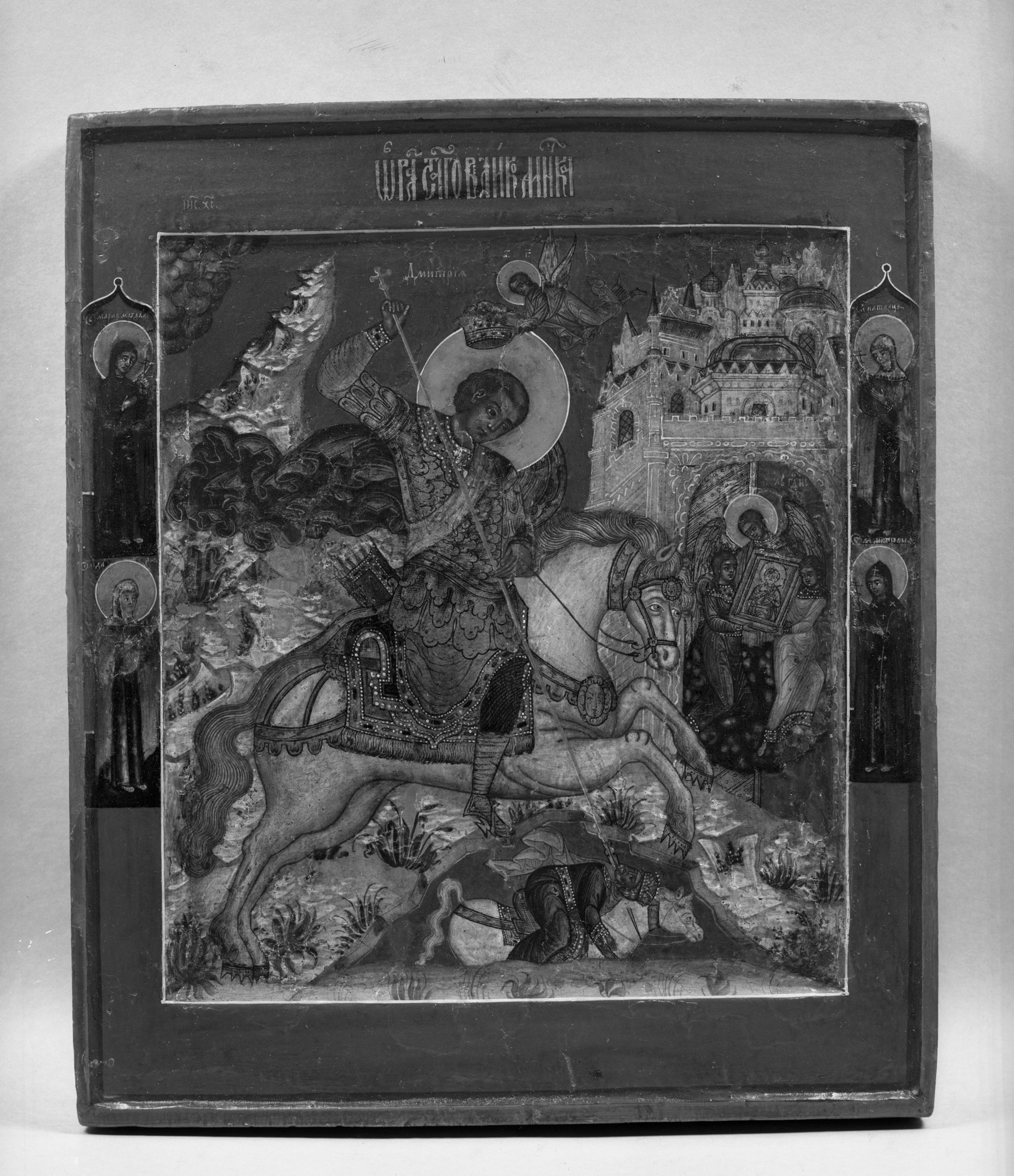 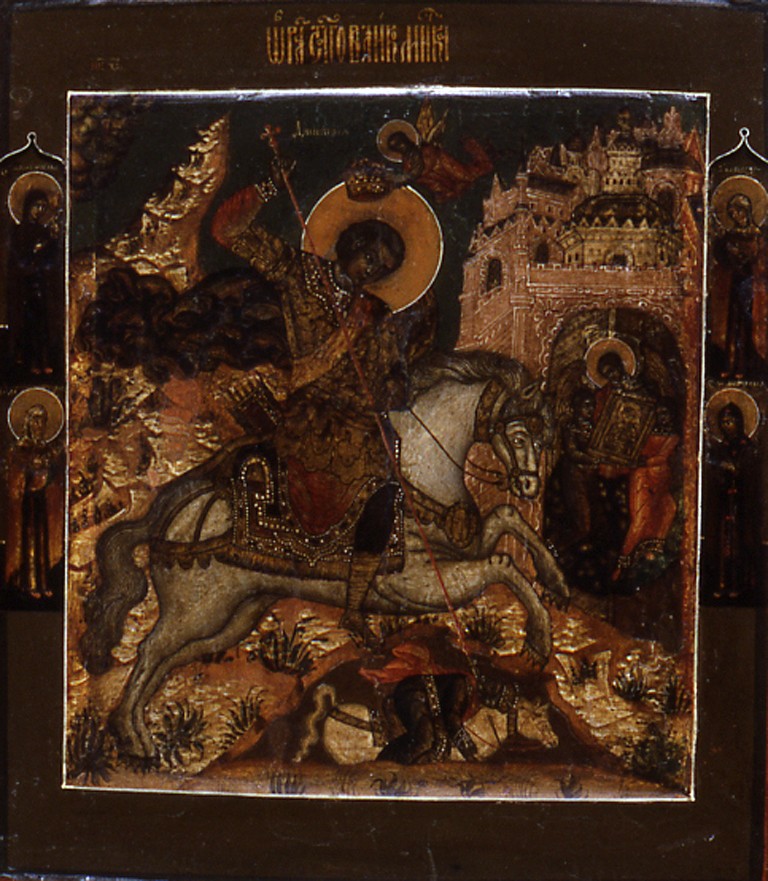 Demetrius, a favorite "warrior saint" of both the eastern and western worlds and a fourth-century martyr under the emperor Maximian, is shown here killing the gladiator Lyaeos, who reportedly killed many Christians. According to tradition Demetrius himself, not actually a soldier but the son of a senatorial family, did not actually kill Lyaeos, but gave his blessing to a youth named Nestor who did. An angel descends at the top center with the crown of martyrdom, and at the right are the walls of the city of Salonica, or Thessaloniki, Demetrius' birthplace.
Demetrius is credited with numerous posthumous miracles, and at the left of this composition is an image of a miraculous event associated with his icon.
On the borders of the icon are the saints Mary Magdalene, Daria, Natalia, and Matrona, possibly the namesakes of the icon's original owners.