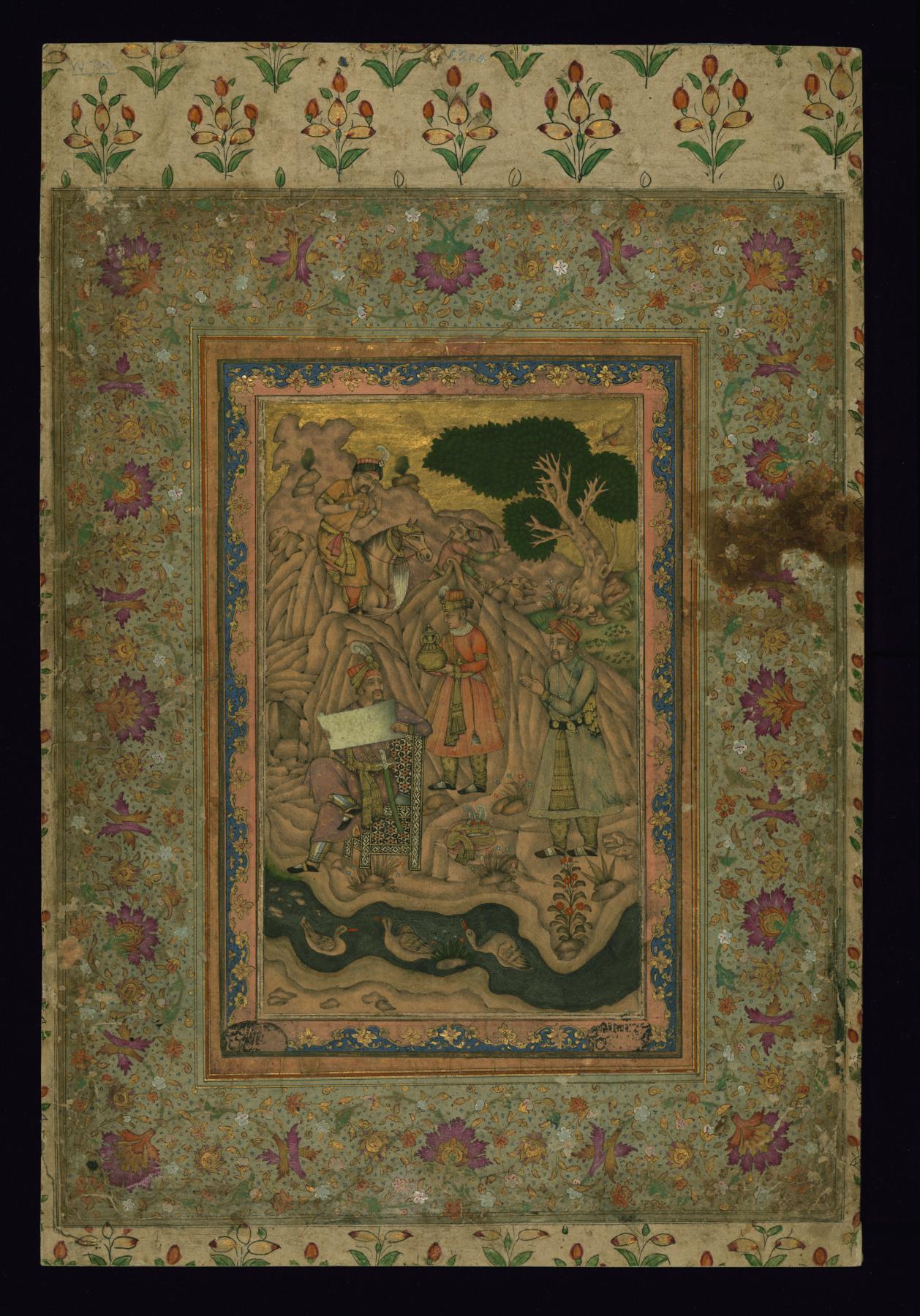 Single Leaf of a Mughal Emperor with a Document

This painting, Walters manuscript leaf W.714a, depicts a Mughal emperor, yet to be identified, seated in an inlaid chair of European design, on the bank of a brook in a rocky landscape. He is reading an unrolled document which may have been presented to him by the figure standing to his left. The standing figure bears some physiognomic resemblance to portraits of the Mughal emperor Akbar (reigned AH 963-1014/AD 1556-1605). On the ground between the two figures is a crown and garment. A figure on horseback makes a gesture of surprise in the background. The painting was executed in India during the12th or 13th century AH/18th or 19th century AD. The polychrome floral borders surrounding the image are not much later than the image itself.

Acquired by Henry Walters, before 1931 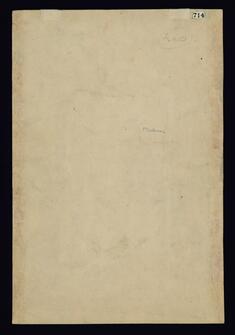 Mughal Emperor with a Document (Back) 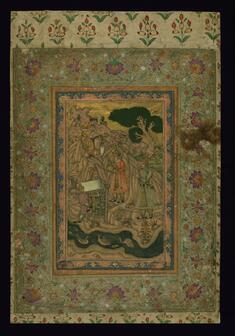 Mughal Emperor with a Document