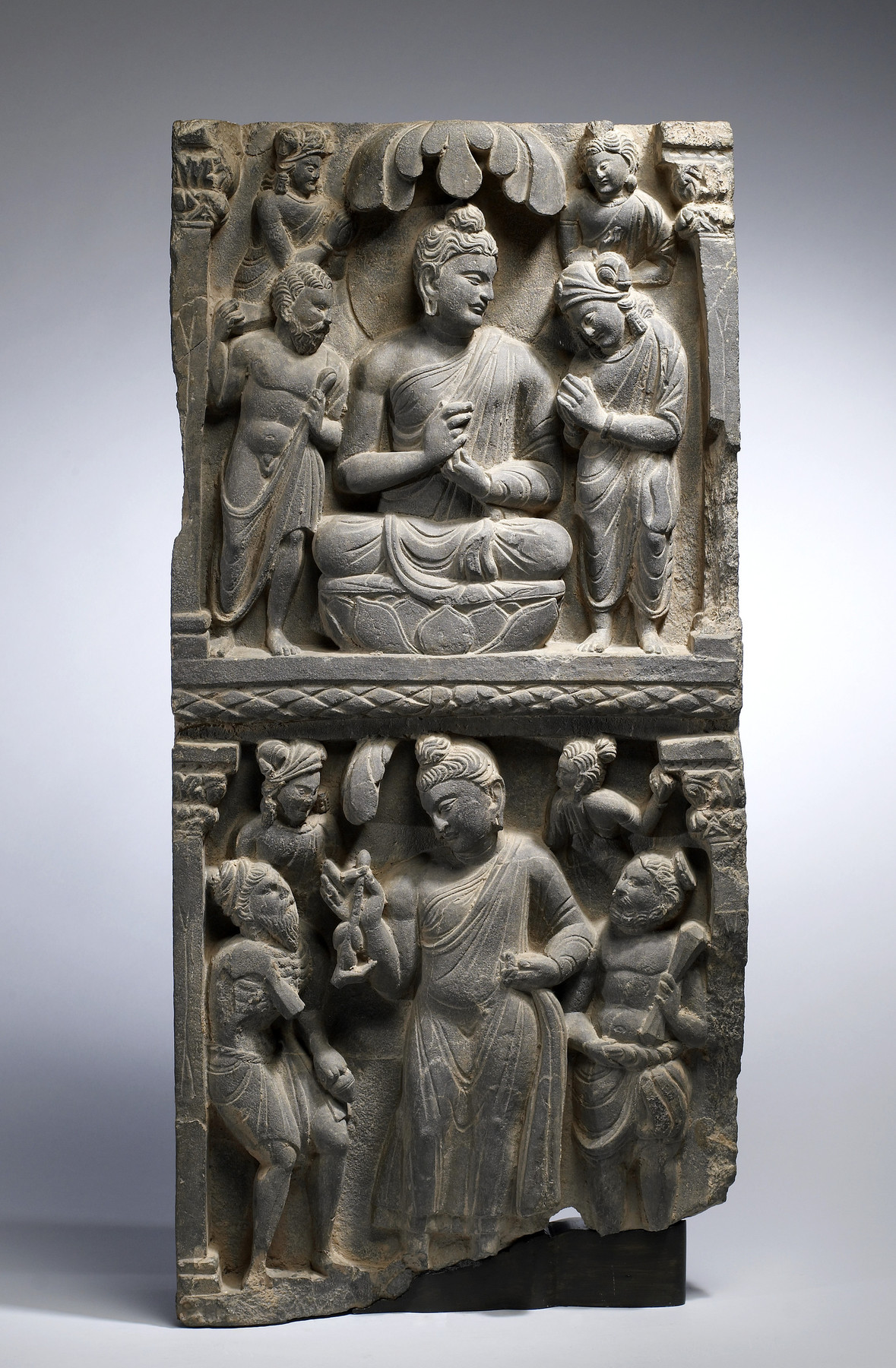 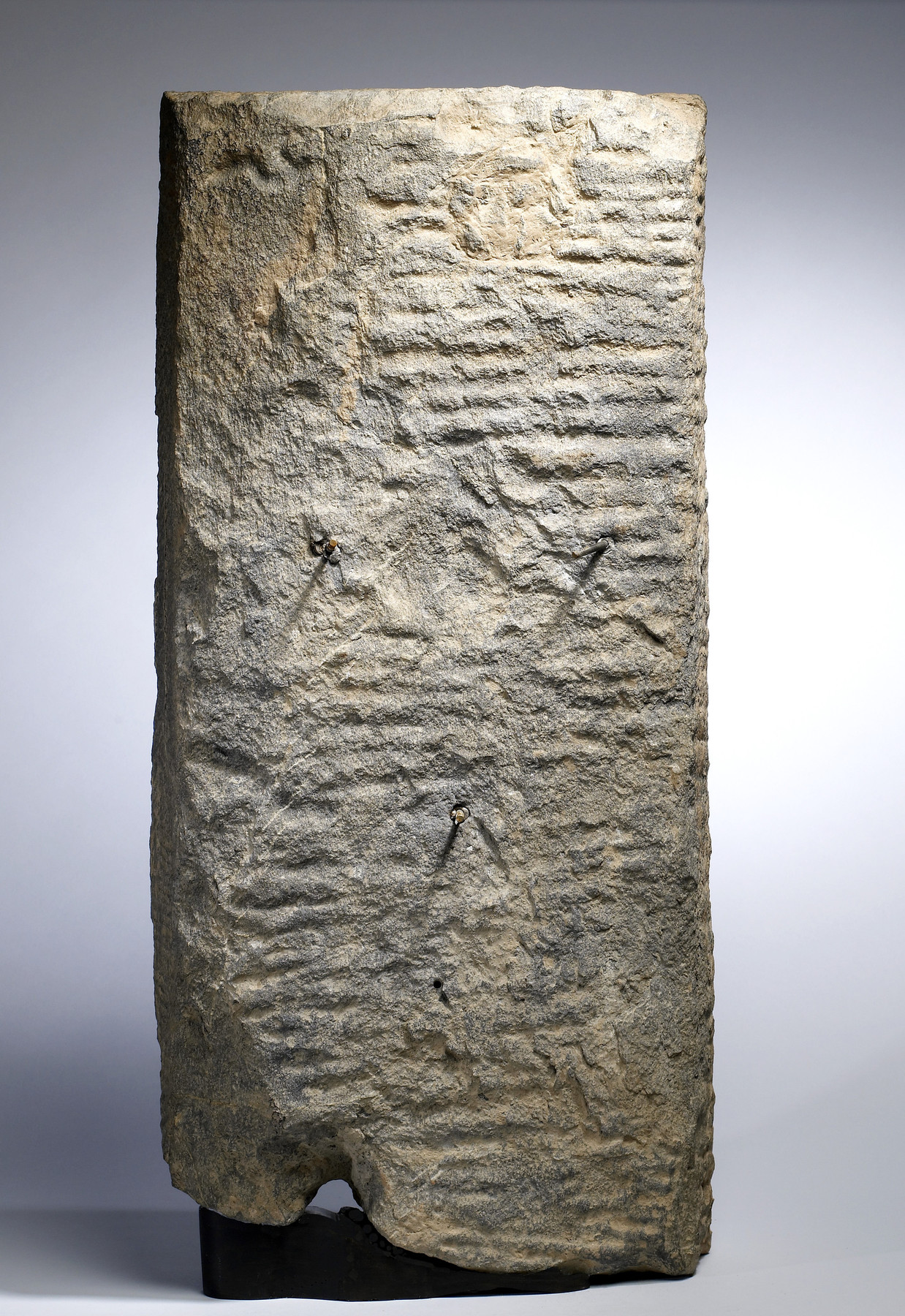 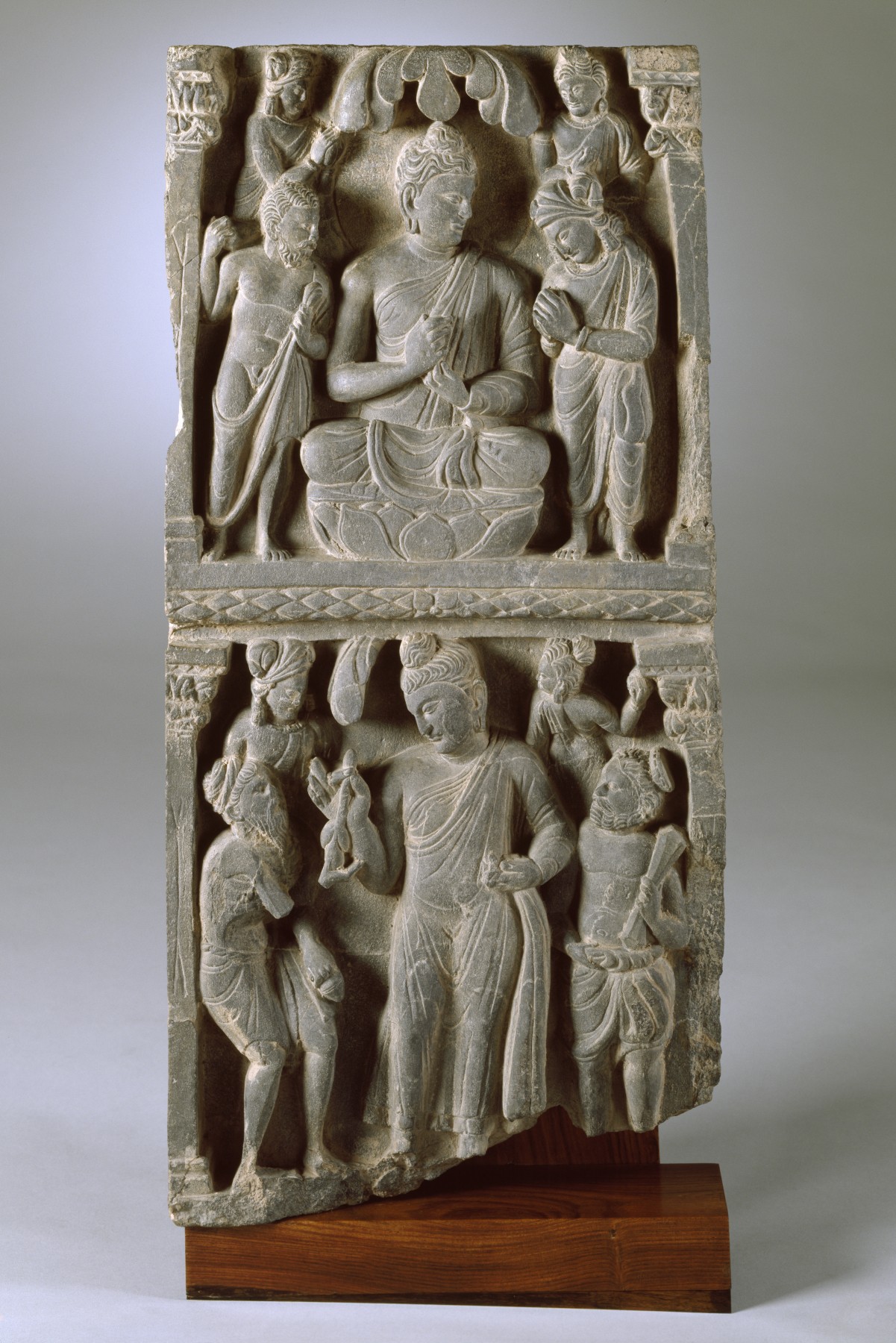 Narrative Panels with Scenes from the Buddha's Life

The upper panel depicts the Buddha’s first sermon at Sarnath, in northeastern India, where he had experienced enlightenment. He is seated with his robe over one shoulder; his raised hand seems to be gesturing the turning of the wheel of Buddhist law, or "dharma." This posture is referred to as "dharmacakra mudra," or the gesture of teaching. "Mudra" is a Sanskrit word for a symbolic hand gesture that communicates specific ideas to the viewer.

This panel might have been made to decorate the surface of a stupa, an encased sacred mound containing relics of the Buddha or one of his followers.