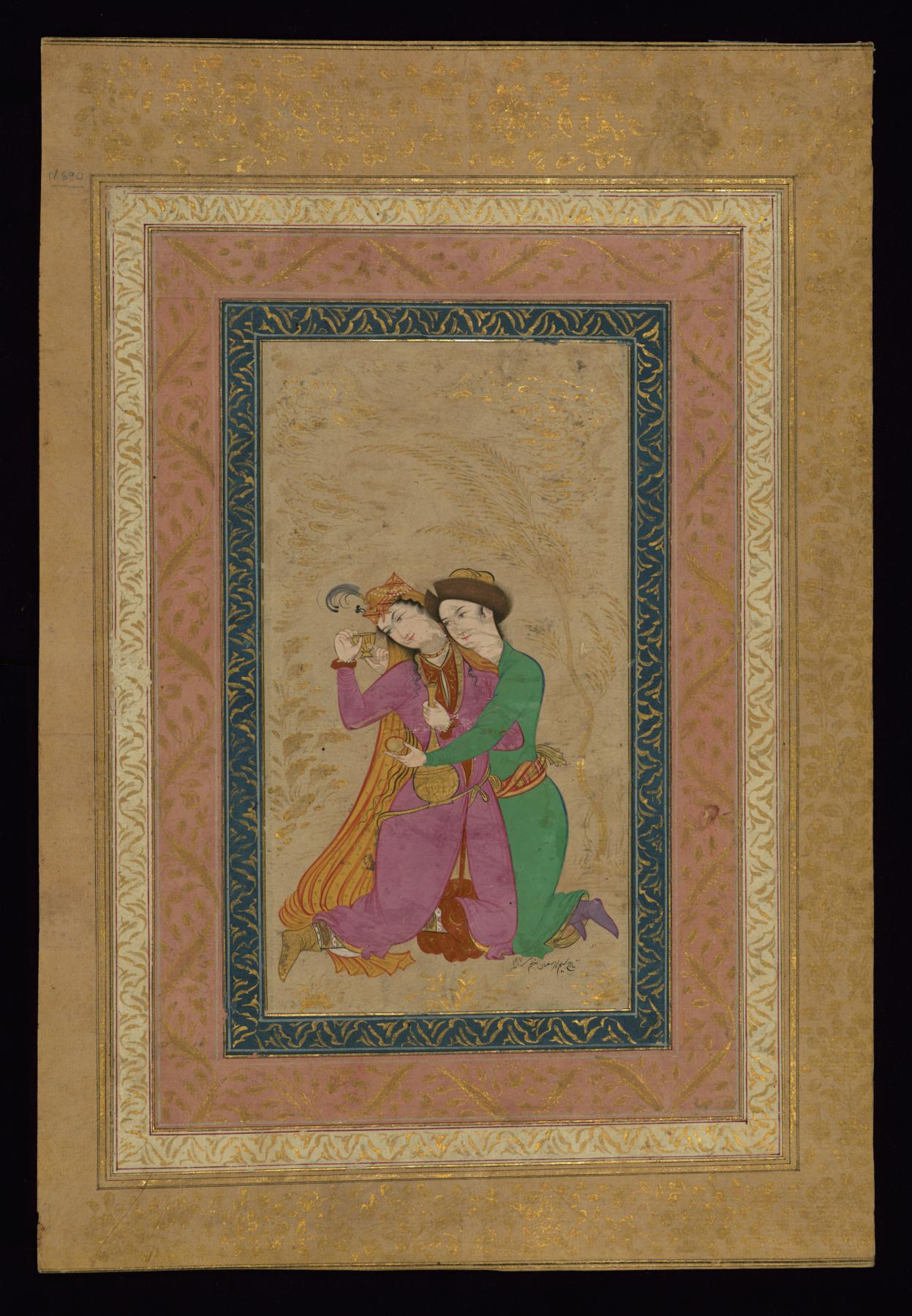 Single Leaf of a Couple Embracing

This single-leaf painting of a couple embracing, Walters manuscript leaf W.690, executed in Safavid Iran, is dated to 3 Sha`ban 1[0]98 AH/AD 1689. The painting is in the style of the artist Mu'in Musawwir (Mu'in the painter), who was active in Isfahan from 1044-1109 AH/AD 1635-1697. The illuminated landscape motifs are found in other paintings associated with this painter, who produced both single-leaf compositions and manuscript illustrations. The handwriting is also comparable to that found on Mu'in's accepted and signed works. The subject of couples embracing was a popular theme of single-leaf compositions in Isfahan of the 11th century AH/AD 17th, repeated by Mu'in's contemporaries and students.