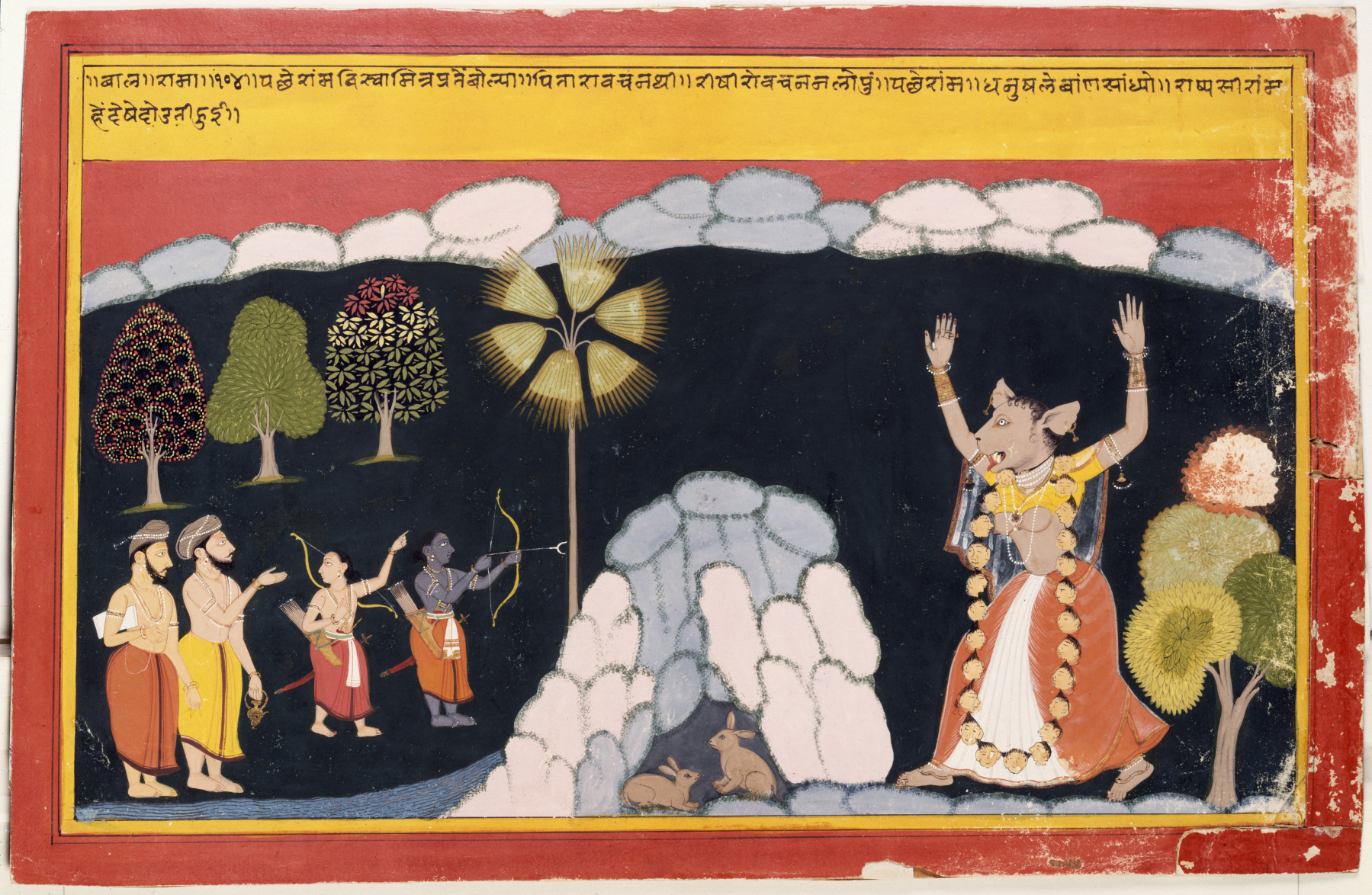 In the ancient Indian epic the "Ramayana," Rama, an incarnation of the god Vishnu, restores order to the world. For the rulers of the Hindu courts during the 18th and early 19th centuries, series of "Ramayana" illustrations provided models for behavior and sources of enjoyment. In a scene from his childhood, Prince Rama adjusts his bow. To the left is his brother Lakshmana and, further to the left, the sage Vishvamitra, Rama's teacher. Vishvamitra encourages Rama to take action against a demoness.

The inscription across the top summarizes the action: "[Rama said,] 'Father had directed us not to act against the wishes of the Sage [Vishvamitra].' Then Rama, fixing an arrow to the bow, took aim at the demoness. The demoness, on seeing Rama, started running toward him."