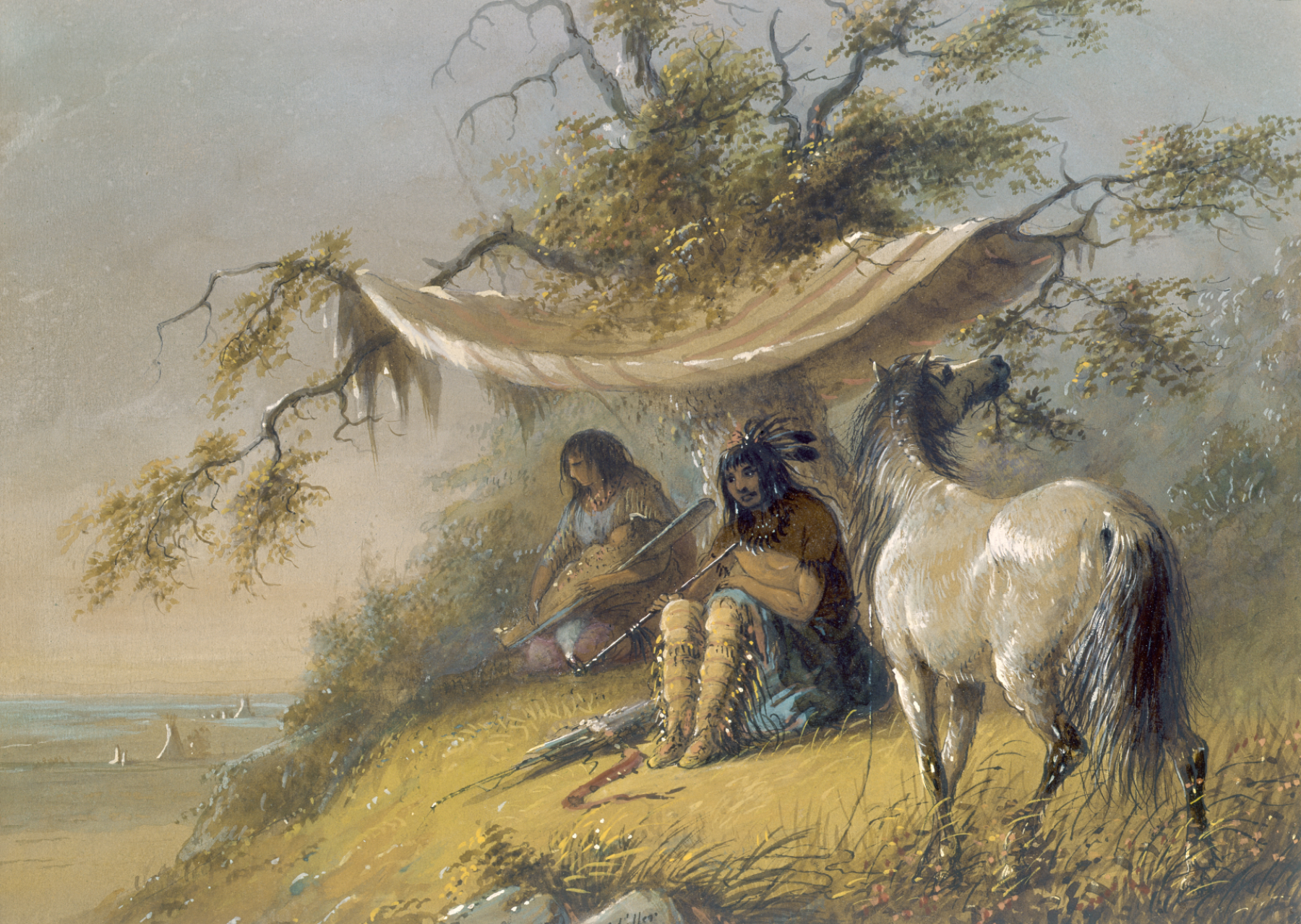 "This scene represents an Arapaho Indian en famille, smoking his pipe and reposing under a blanket suspended from the branches of a tree, to screen them from the sun. We saw some fine speciments of this tribe. They do not shave their heads like the Sioux, but braid the centre or scalp lock with ribbons or feathers of the 'War Eagle.' We noticed also a difference in their moccasins, the fronts extending only to the instep and wanting the side flaps. Indians are capable of designating a tribe very often by merely having the moccasins. The Arapahos were tall, finely formed men, from 5 ft. 8 in. to 6 ft. in height. In setting out on their war parties, the process of painting, dressing, and adorning themselves occupies considerably of their time and attention. When a party is seen scouring over the prairies under thes circumstances it bodes no good to theose they happen to encounter. As regards their steeds, they have no geldings & we saw none, except those brought from the States. The animal thus preserves all his game spirit & is capable of great endurance. They partake somewhat of the Arabian breed." A.J. Miller, extracted from "The West of Alfred Jacob Miller" (1837).