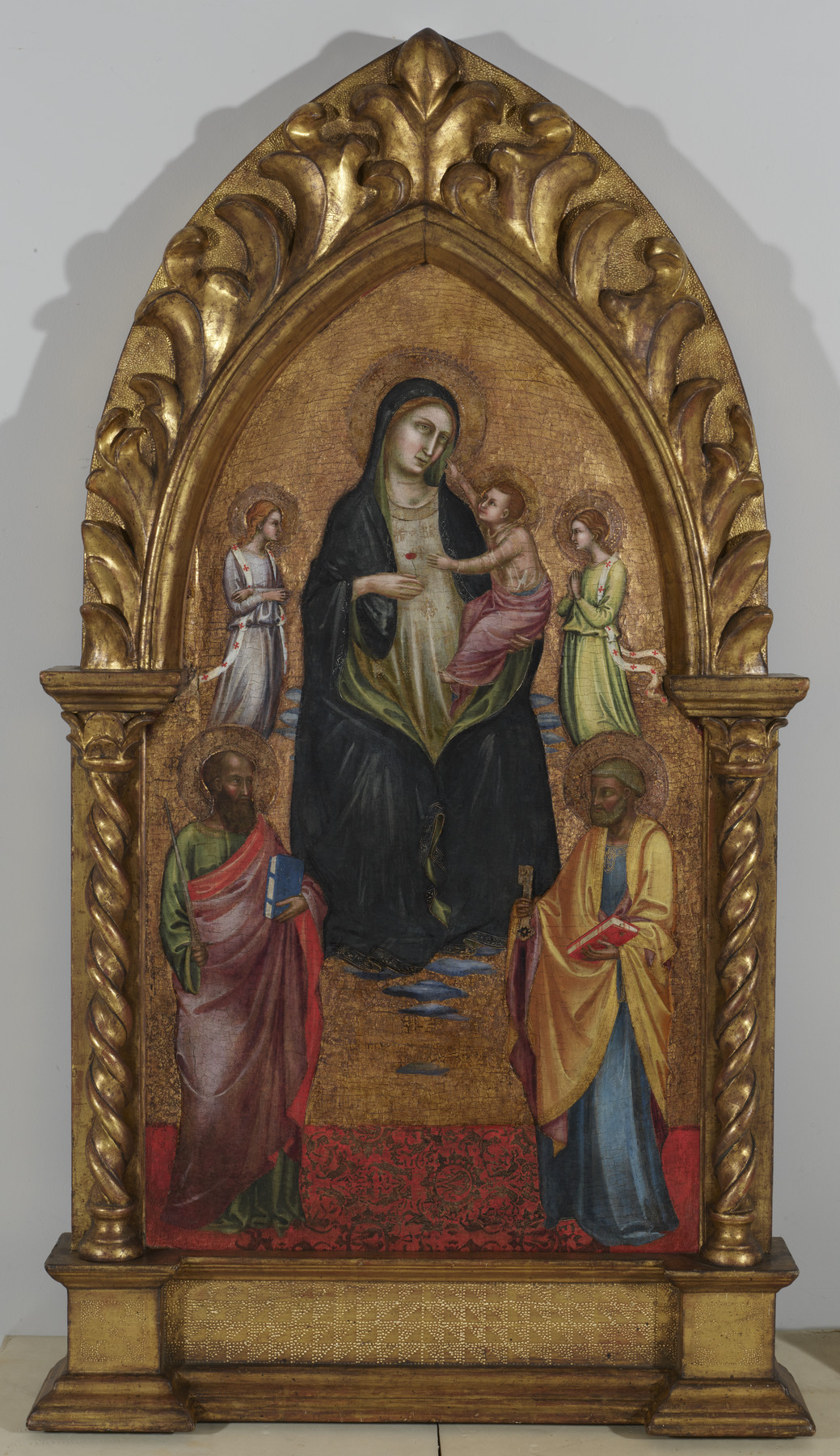 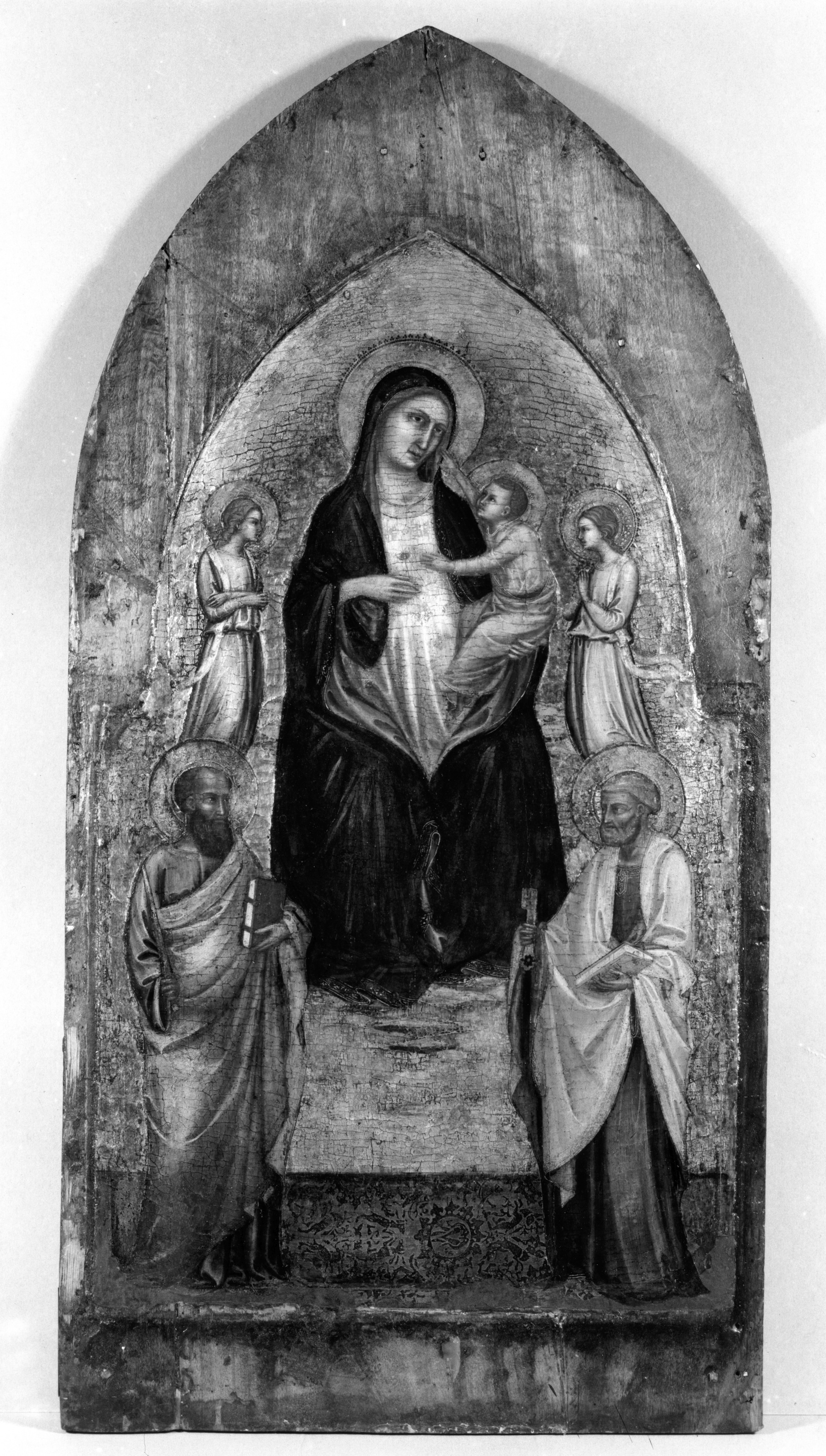 The Virgin and Child with Saints and Angels

The Virgin and Child are seated at the center of this panel painting flanked by angels with their arms crossed and hands folded in prayer. Mary and Jesus’ softly modeled faces, and the tender interaction between the mother and child emphasize their humanity. Below are the figures of Saint Paul (left) and Saint Peter (right), who were two of Christ’s closest disciples and considered to be the pillars of the Church. Here, the artist Lorenzo Monaco breaks with tradition. Rather than depicting Mary and Jesus enthroned, they appear supported on clouds, as if floating in heaven. This treatment gained popularity in Florence in the late fourteenth century, and the clouds became a hallmark of the artist’s compositions. A leading painter of the time, Lorenzo Monaco was born Piero di Giovanni but changed his name when he took monastic vows at the monastery of Santa Maria degli Angeli in Florence in 1391 (Monaco is the Italian word for monk). He is well-known for the monumental altarpieces he produced for important church commissions, but he was also skilled in the art of manuscript illumination and small-scale devotional painting, such as the Walters’s Virgin and Child. Another example of his painting on a small scale is a panel from a predella (lower portion of an altarpiece) depicting the Crucifixion of Saint Peter.