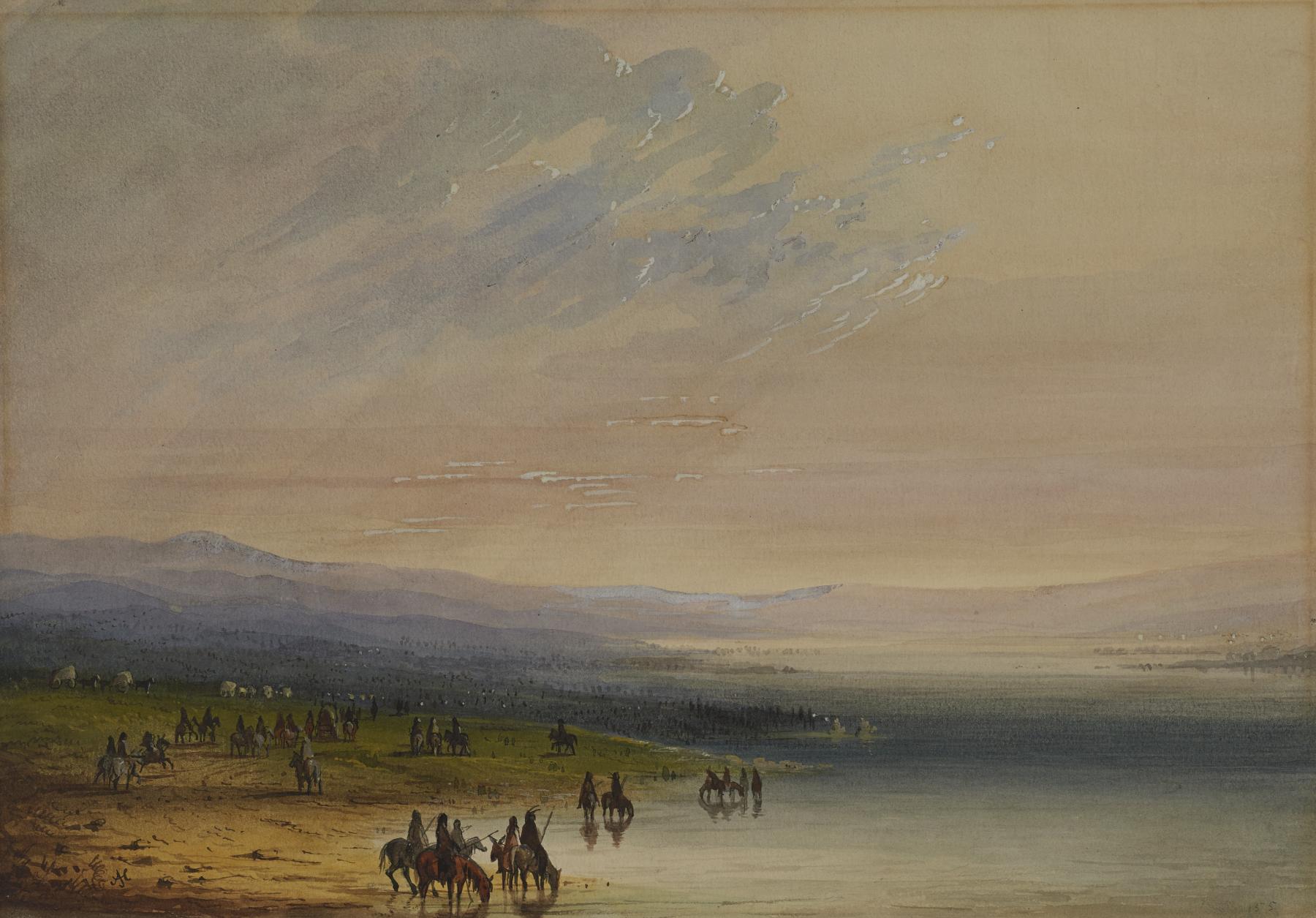 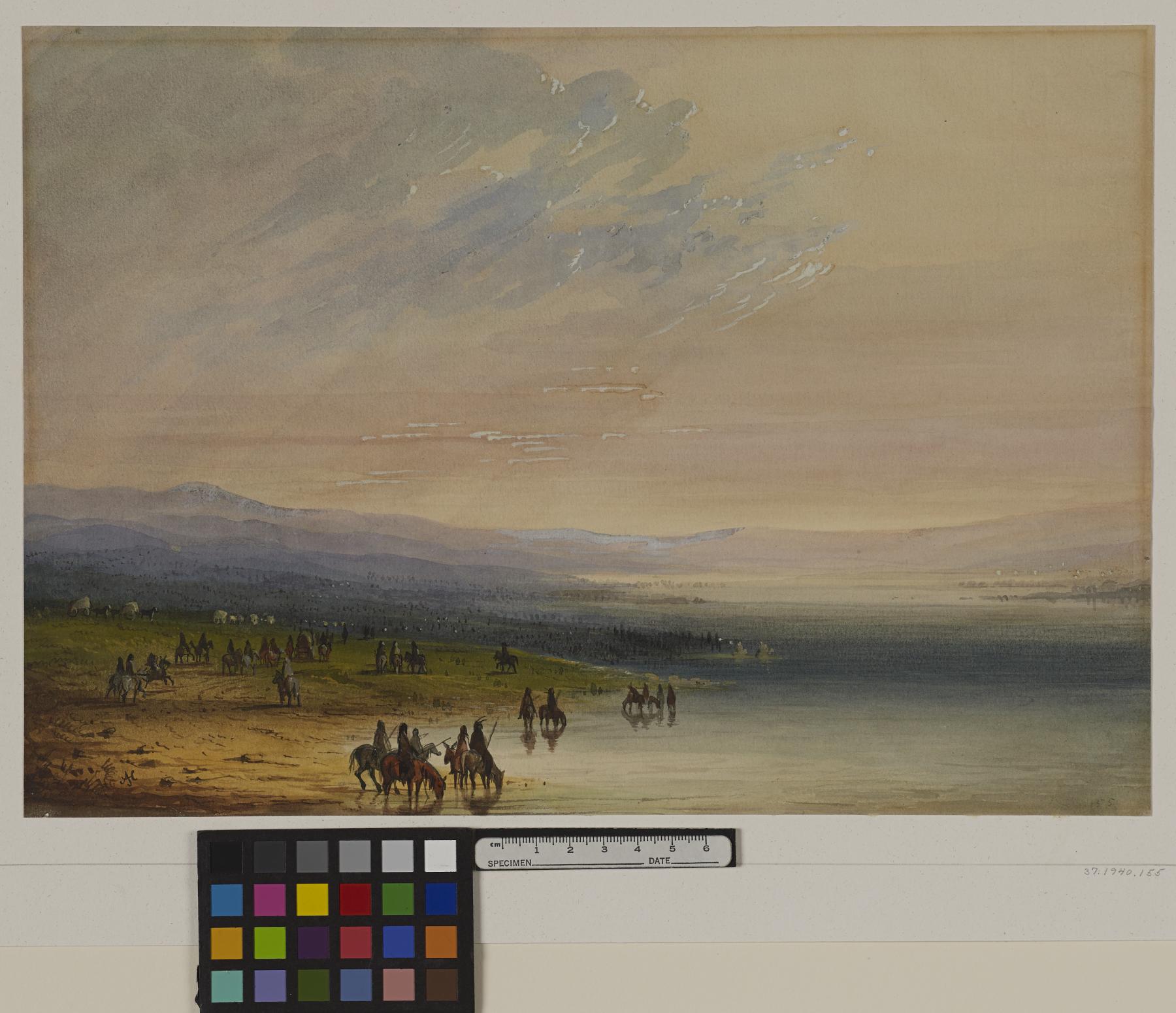 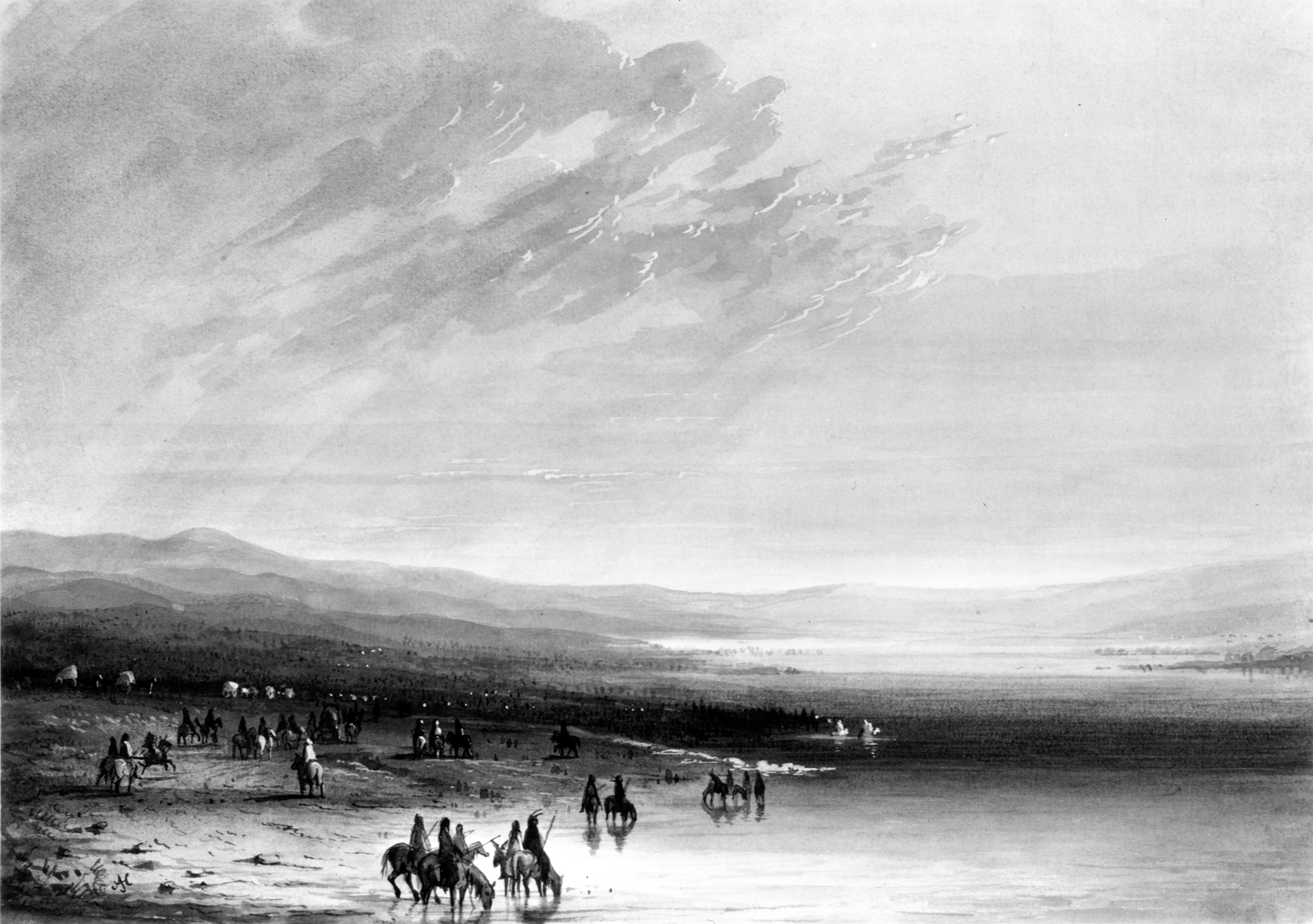 Caravan on the Platte

"While the train pursued 'the even tenor of its way' we usually started out with the hunters in order to get sketches and observe the incidents connected with the chase. Antoine was our preference as he took more pains to carry out our wishes. His aim was so true and his knowledge of the animal's habits so perfect that he could wound a Buffalo in such a manner as to make him stand still for a time. This would give us an opportunity to approach the fiery brute and make drawings,- sometimes A. would urge us to go closer, but on doing so the Buffalo would make a plunge toward us- 'his eye in a fierce phrenzy rolling'- throwing down pencil and paper, a retreat in doubly quick time would be made, at which our fidus Achates would laugh consumedly." A.J. Miller, extracted from "The West of Alfred Jacob Miller" (1837).