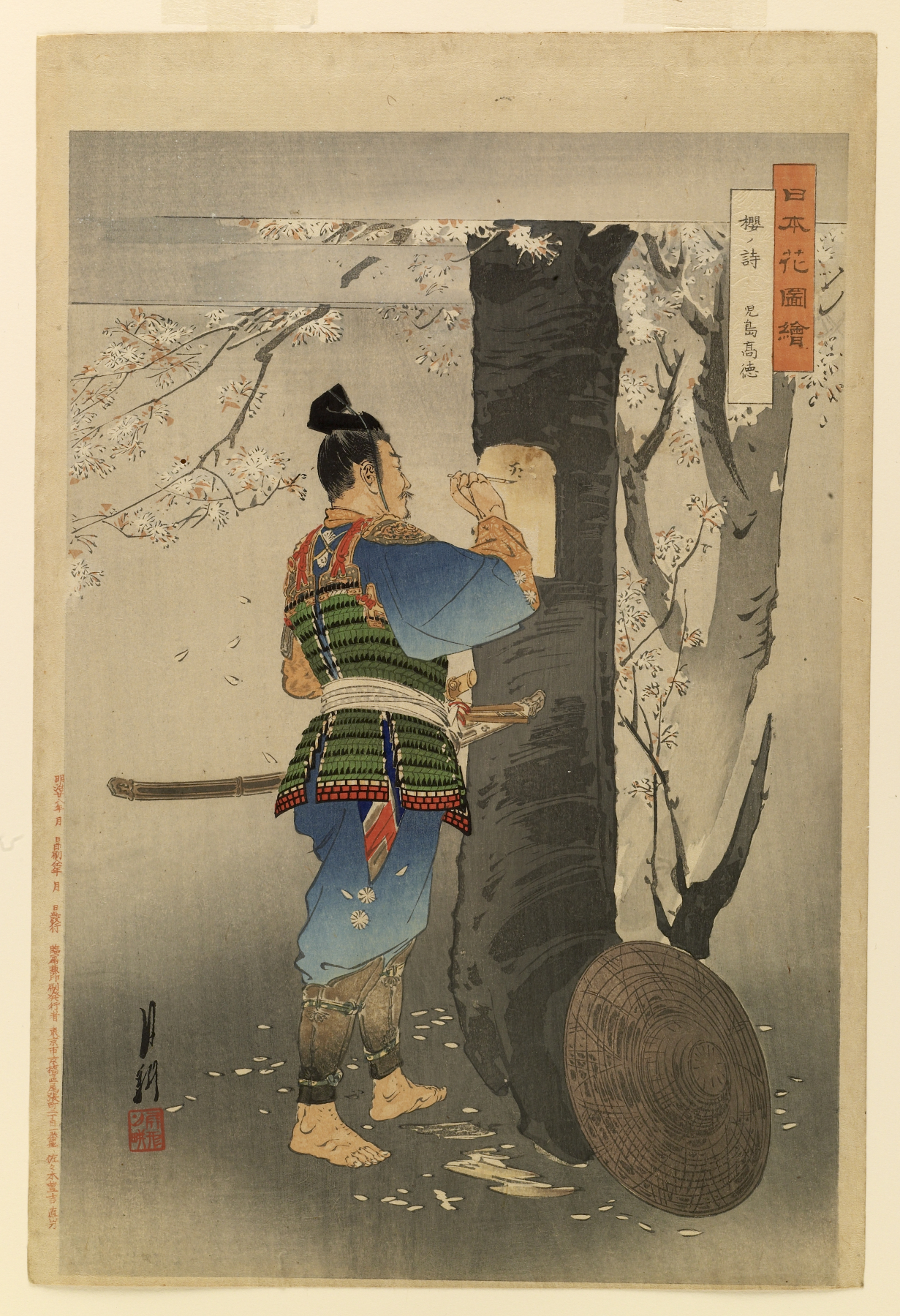 Kojima Takanori (died 1358), a loyal supporter of the imperial house, stripped bark from the trunk of a cherry tree in order to write a Chinese poem. The poem was meant to be seen by the Emperor Go-Daigo as he was being escorted into exile. Takanoi chose an old Chinese poem that only the Emperor would understand to mean that help was near.