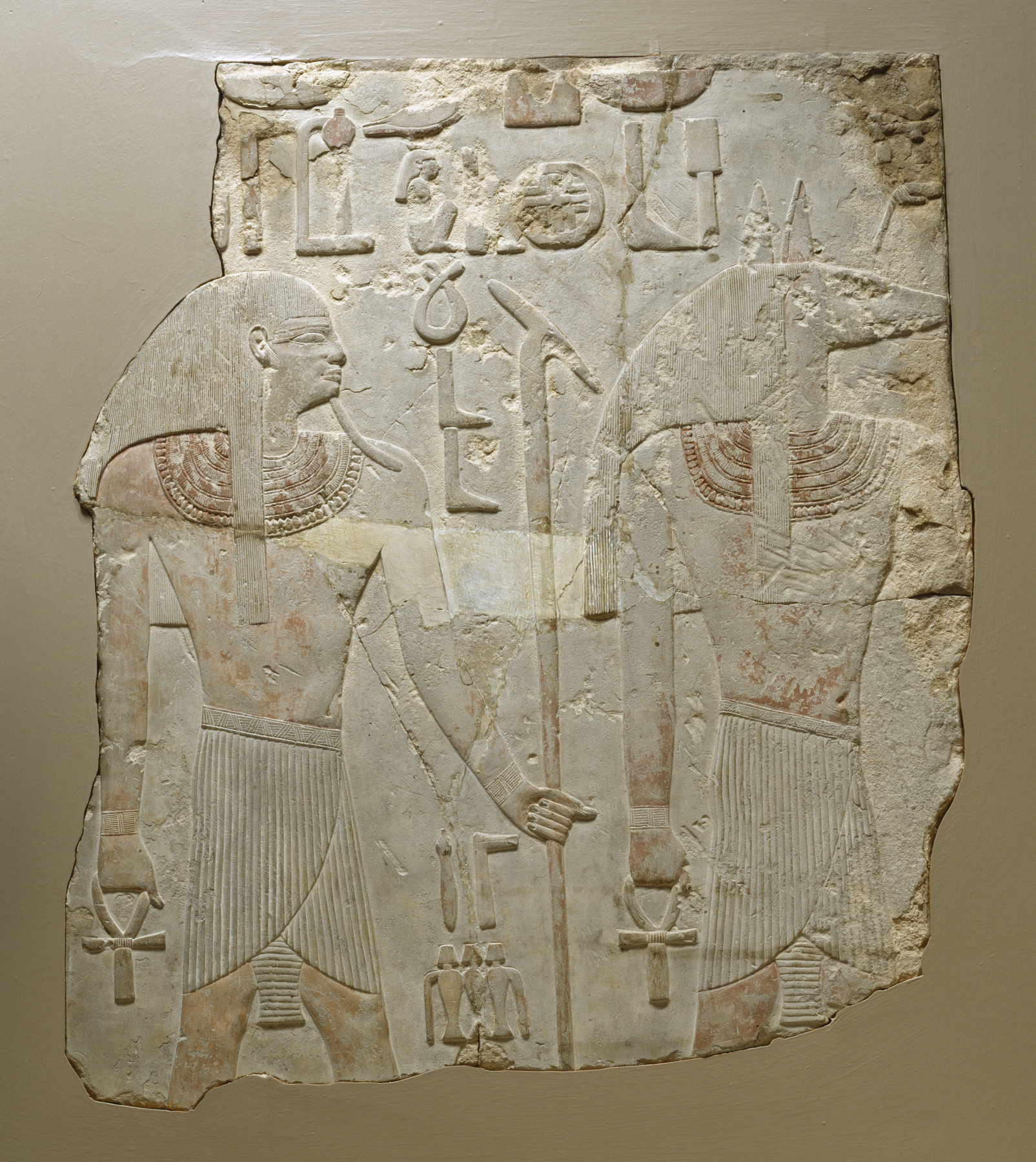 Relief: Part of a Procession of Gods with Inscription

Once part of a scene showing a procession of gods, this fragment shows the jackal-headed-god Wepwawet and the earth-deity Geb holding divine was scepters and ankhs (life signs). Each deity is identified by the hieroglyphs near his figure, and each wears a long wig, broad collar, and shendyit (pleated kilt). The figures' rounded limbs lacking musculature, large eyes outlined with lines running back to the ears, and almost flat eyebrows are elements of the early 11th-Dynasty style.