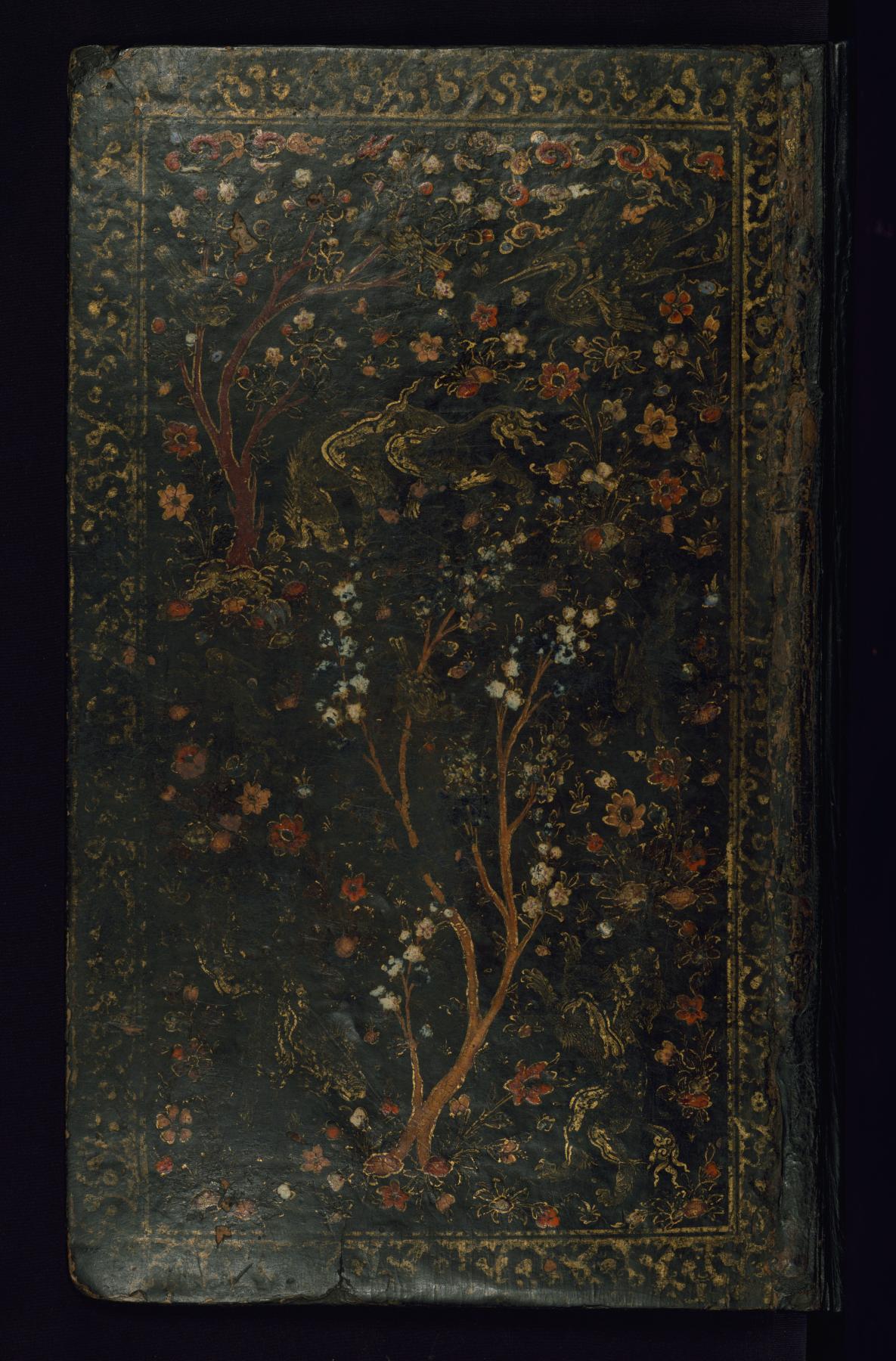 Walters manuscript W.656 is an illuminated and illustrated Safavid copy of a mystic poem (masnavi) entitled Sifat al-'ashiqin (Qualities of lovers) by Nur al-Din Hilali (died 936 AH/AD 1529-1530). It was written in Nasta'liq script by Mu'izz al-Din Muhammad al-Husayni in 978 AH/AD 1570-1571. The manuscript opens with a double-page illustrated frontispiece (fols. 1b-2a), followed by a double-page illuminated incipit (fols. 2b-3a). Borders throughout the codex are illuminated with floral and bird motifs. The lacquer binding is original to the manuscript.