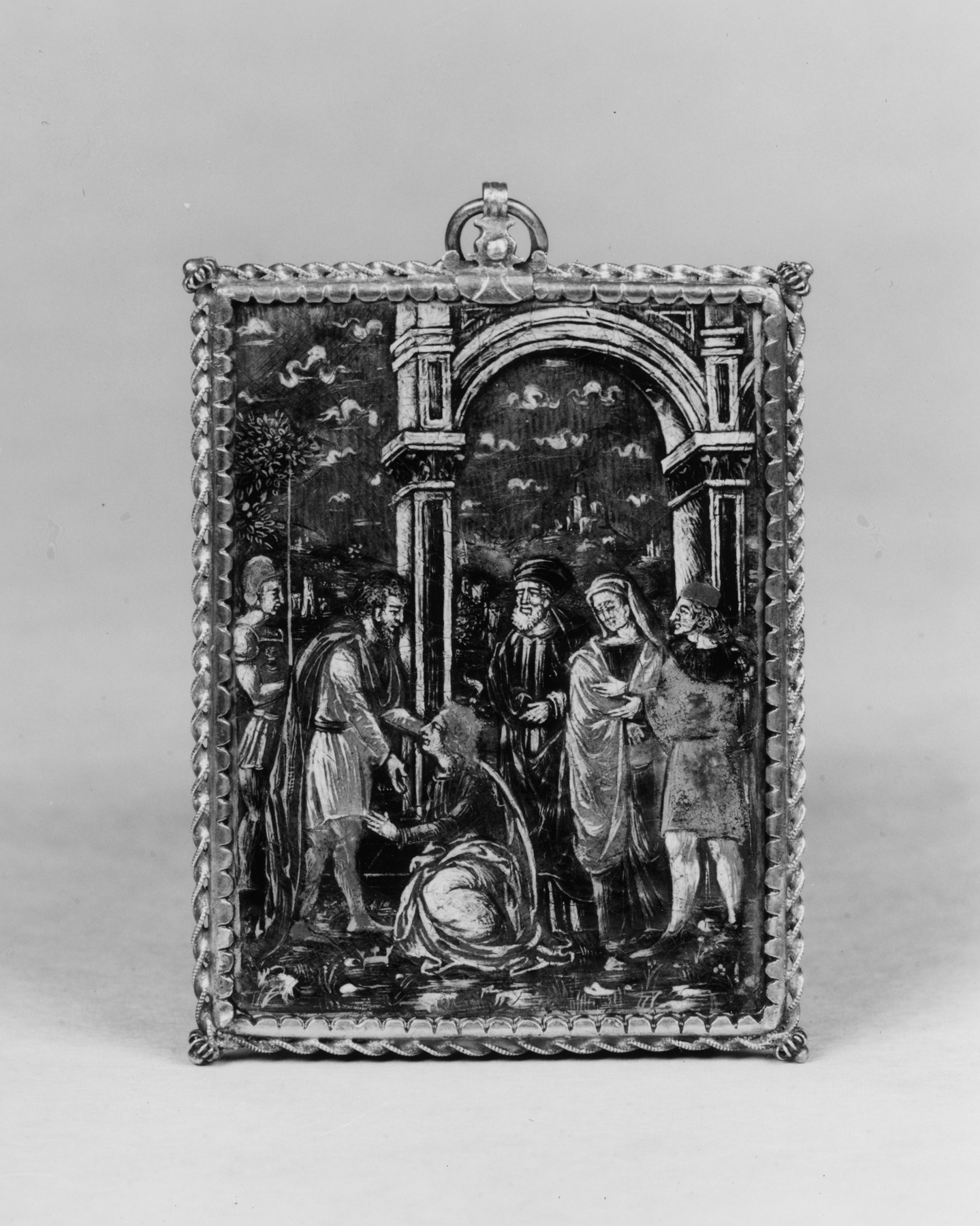 A king, whose crown lies on the grass, welcomes a young man who kneels at his feet, his hands joined in an imploring gesture. Behind him, a helmeted guard holds a lance. The meeting takes place before an arch opening onto a hilly landscape with a distant church. An elderly man and a woman attend at the right, together with a younger man in Italian costume. The costumes of the other characters are either in the Italian fashion or conventional.