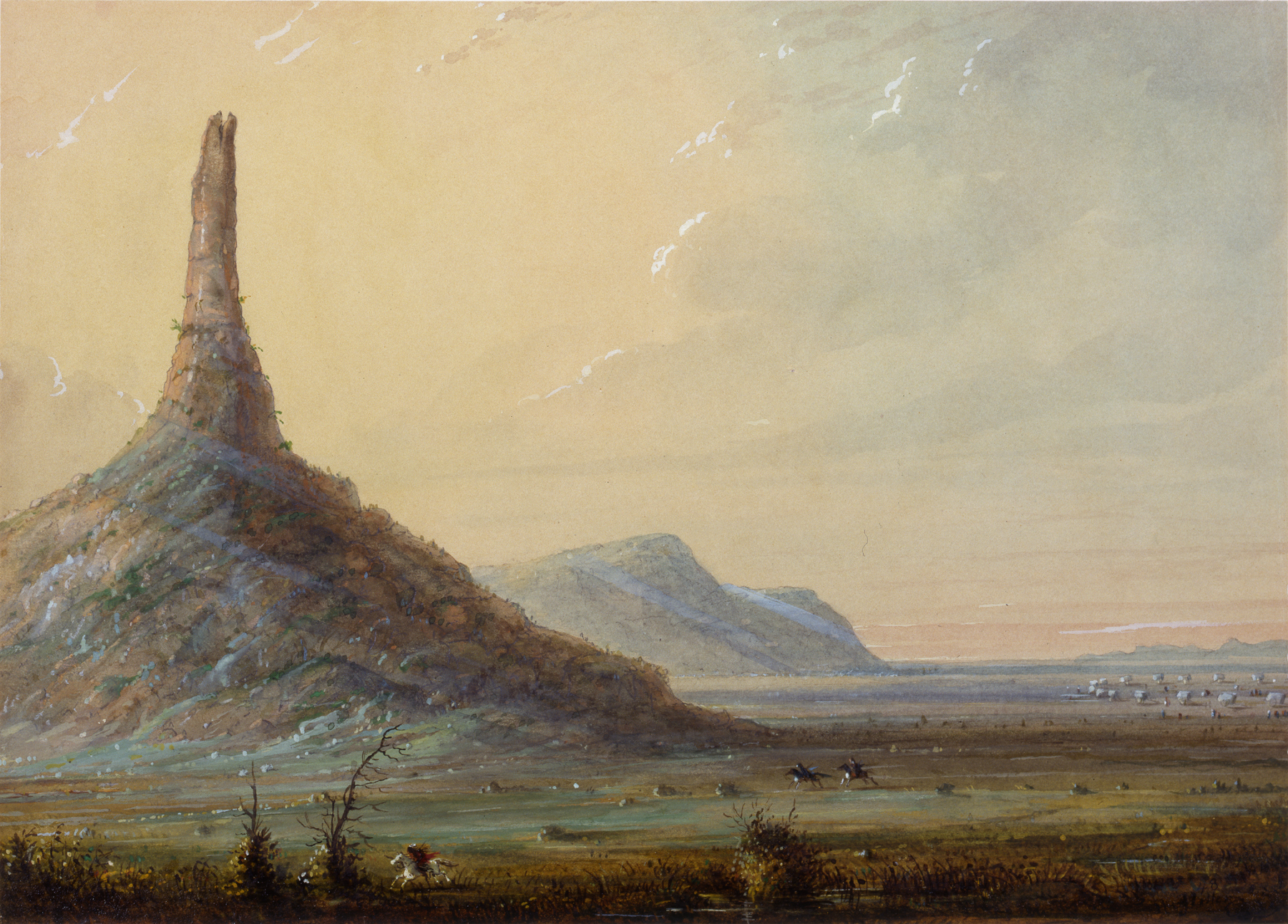 Chimney Rock, along the Platte River, is one of the first unusual formations that Miller saw. A remarkable column approximately 150 feet high when he saw it, the rock is made of clay with strata of rock running through it. In his novel "Edward Warren" (pp. 155-156), Stewart commented that the rock, "seen in the mists occasioned by the evaporation of a wet region around, represents Parthenons and Acropolises, fortifications or cathedrals..."

The column has deteriorated today, but is still a prominent landmark, a recognizable remnant of an earlier era.