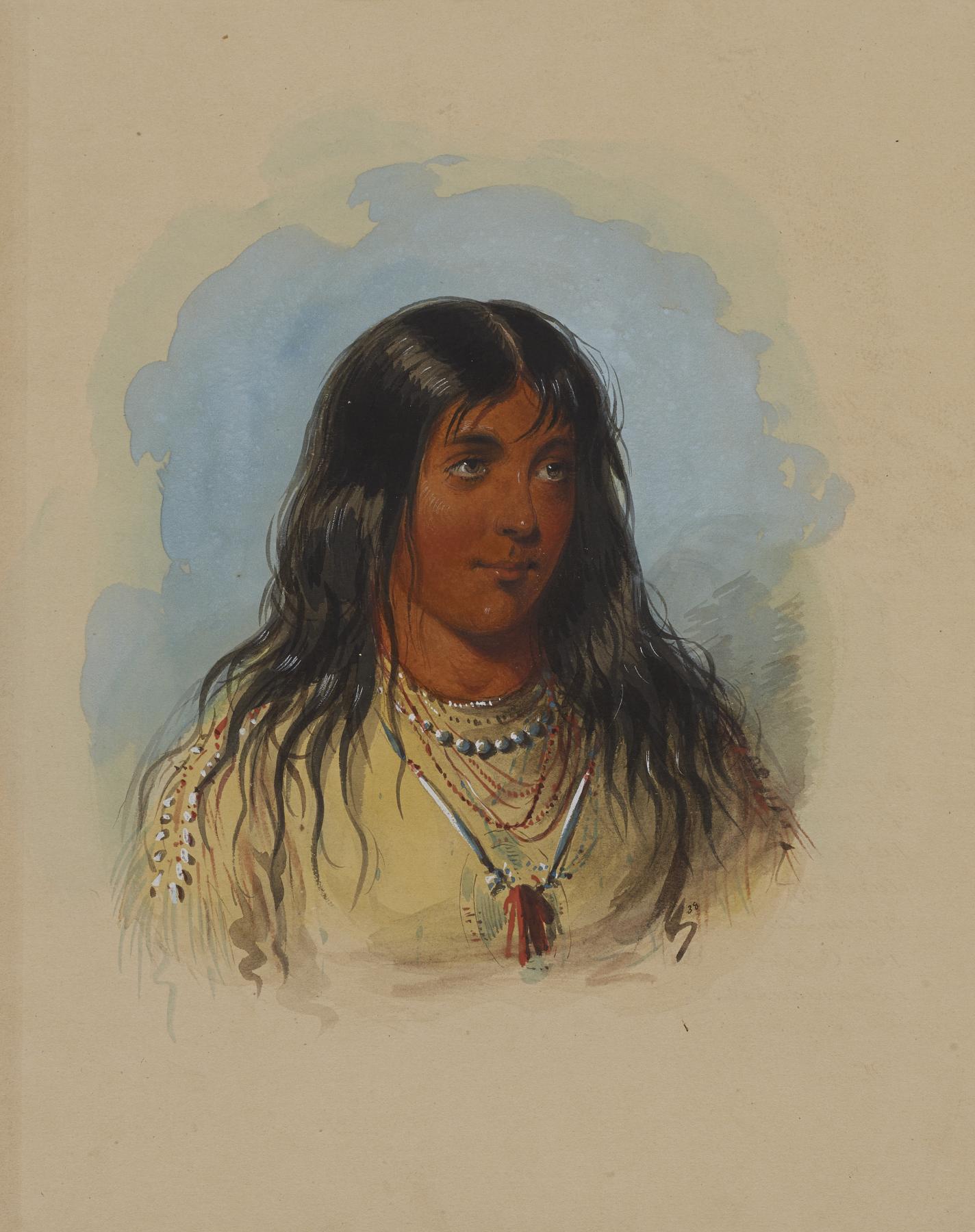 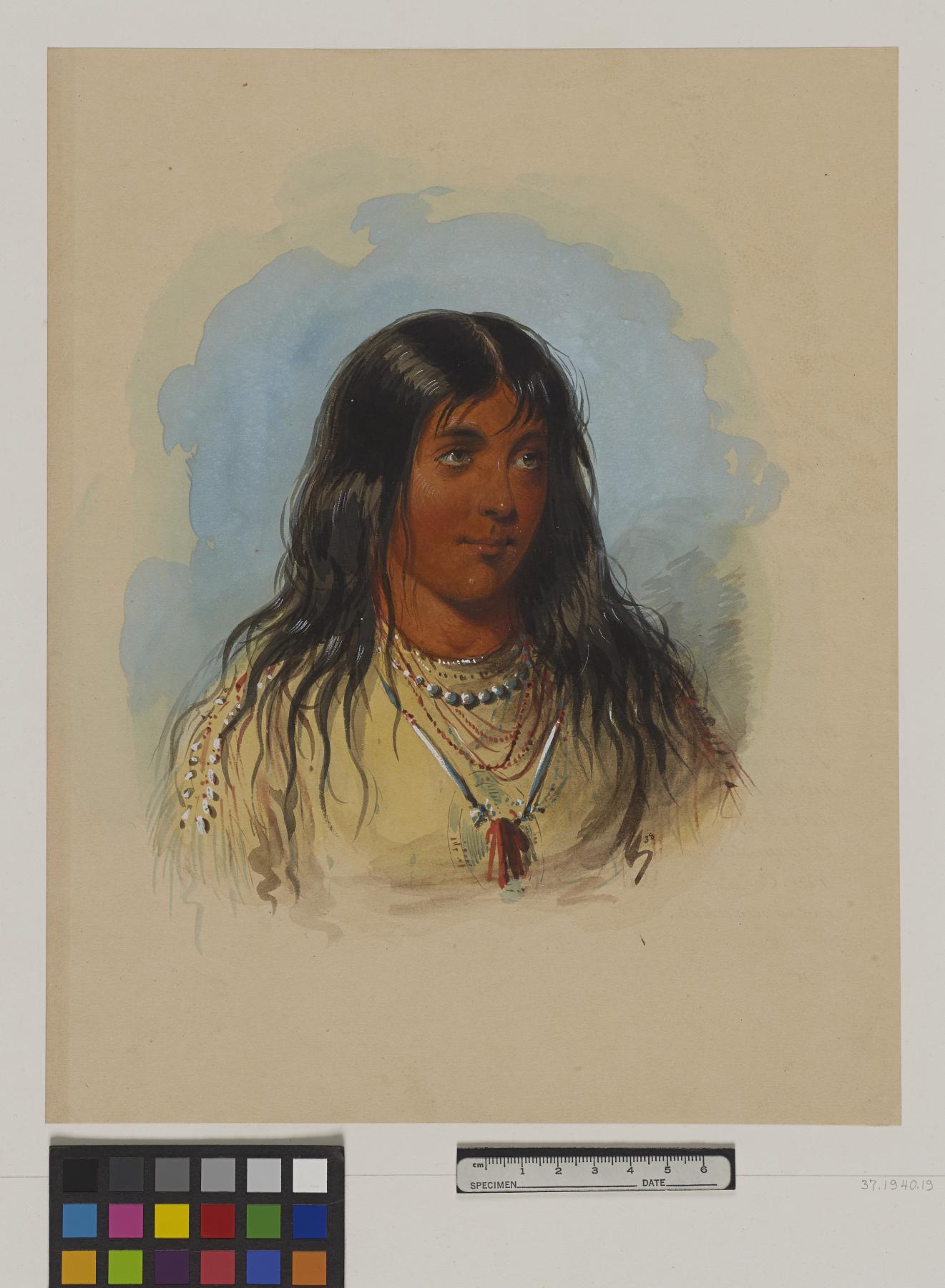 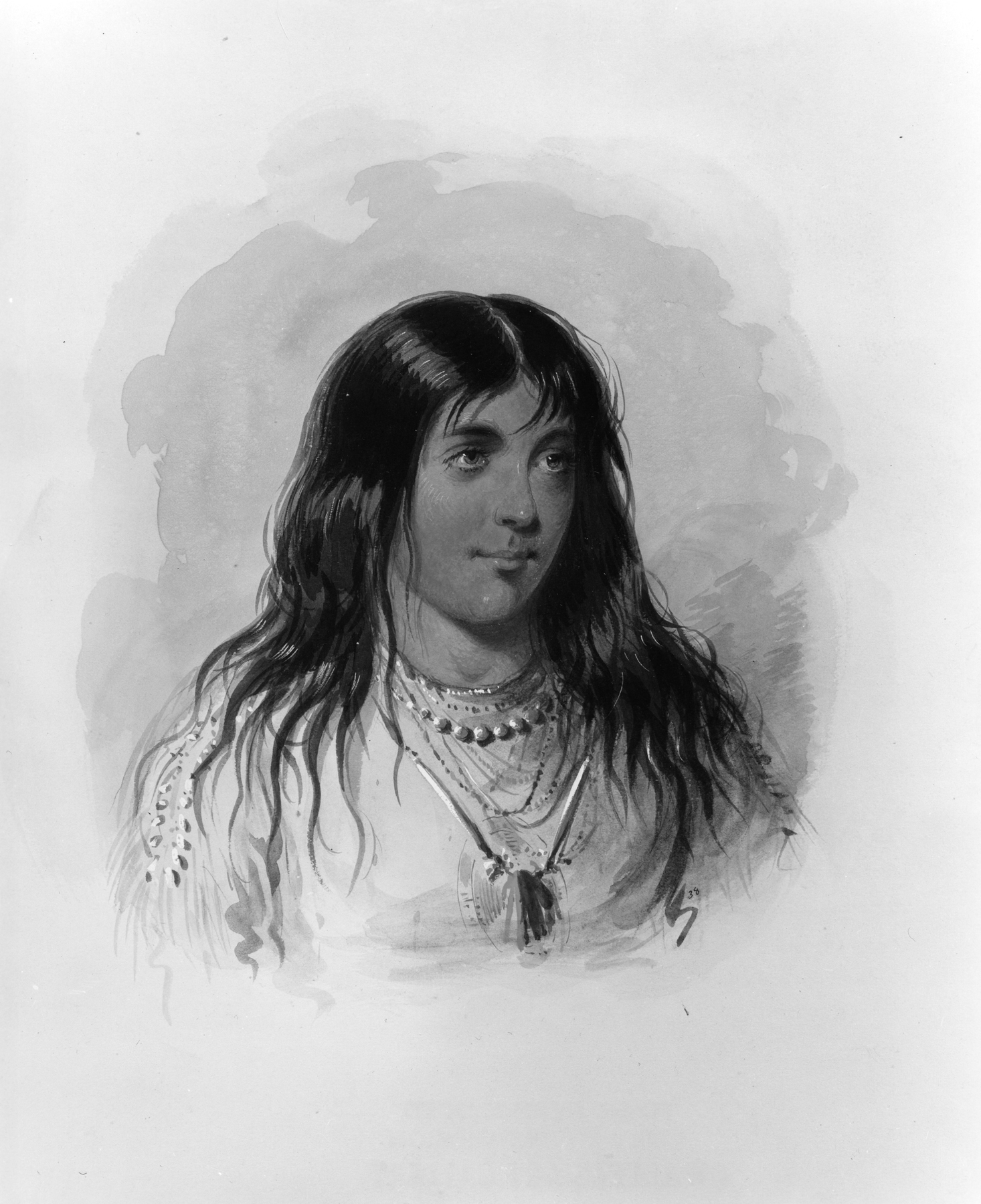 "This was about the best specimen we came across of the women belonging to the Aricara tribe, which has dwindled into a small nation from war and other causes. The subject of the sketch was admired by the trappers, - of a rich bronze complexion, with long hair streaming over her shoulders, and extremely glossy from the constant use of Buffalo and bear oil." A.J. Miller, extracted from "The West of Alfred Jacob Miller" (1837).