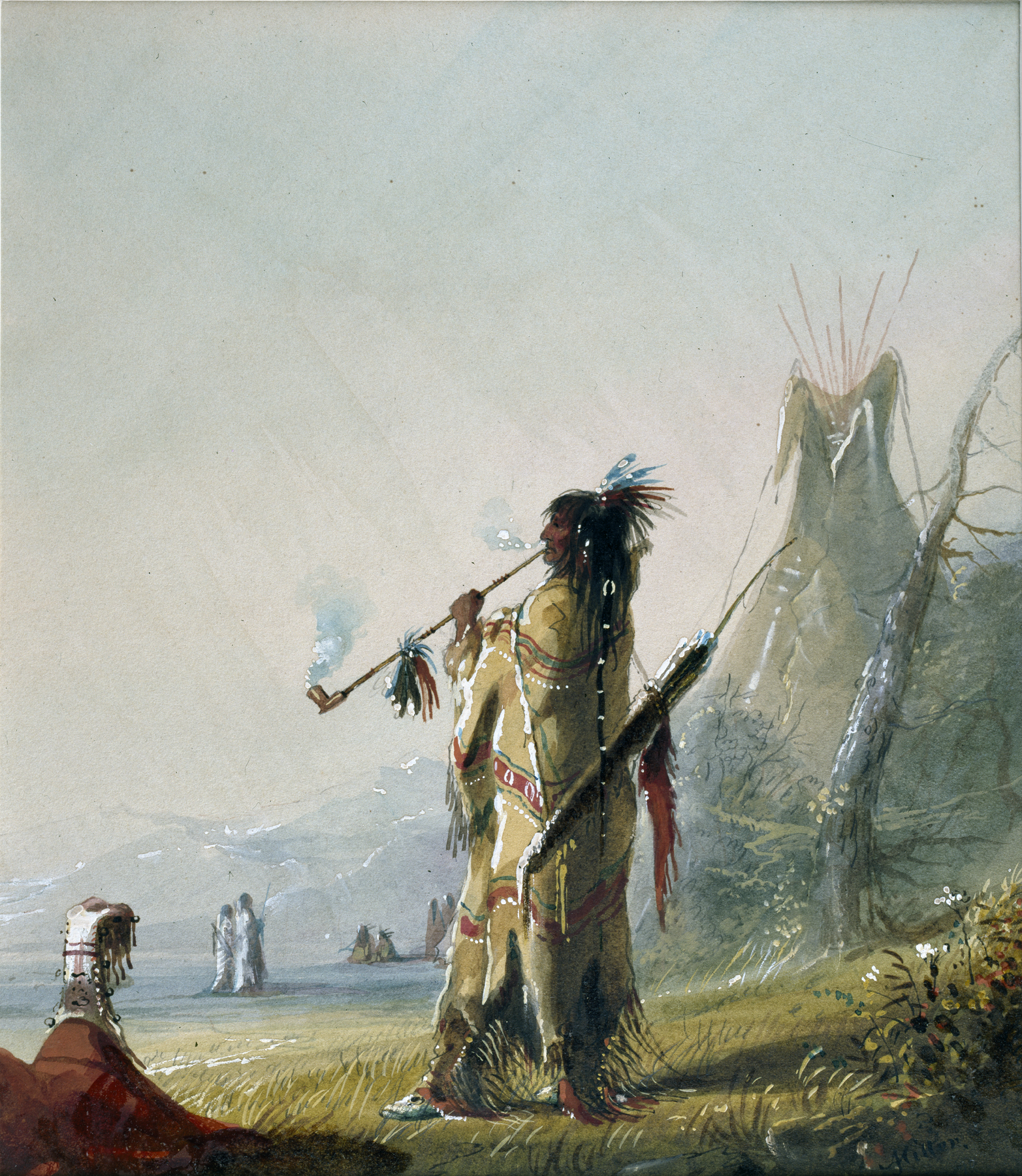 "It is only in savage life that real and absolute liberty exists. This man bears about the appearance of it. We can see at a glance that he is not troubled with taxes,-by the same token, we could almost affirm that he has left no Mrs. Caudle in his lodge to give him a "bit of her mind" on his return home. A pipe, the great solace of his leisure hours, is lighted and he is exhaling the smoke in volumes from his mouth and nostrils alternately, with a thorough enjoyment of its aroma. The great difficulty is that he has too much freedome for his own good.. It causes him to be proud, overbearing, and oppressive. Eventually he carries measures with such a high hand and becomes so intolerably tyranical that it is found essential to knock him on the head. This he comrehends better than a long harangue, and may be calle the Agumentum baculinum; in fact it is resoning to him as plain as a pike-staff. No successful bully has yet existed, who, sooneror late, has not bet his fate from one who is still more powerful, and as Corporal Nym would say, 'That is the moral of it.'" A.J. Miller, extracted from "The West of Alfred Jacob Miller" (1837).