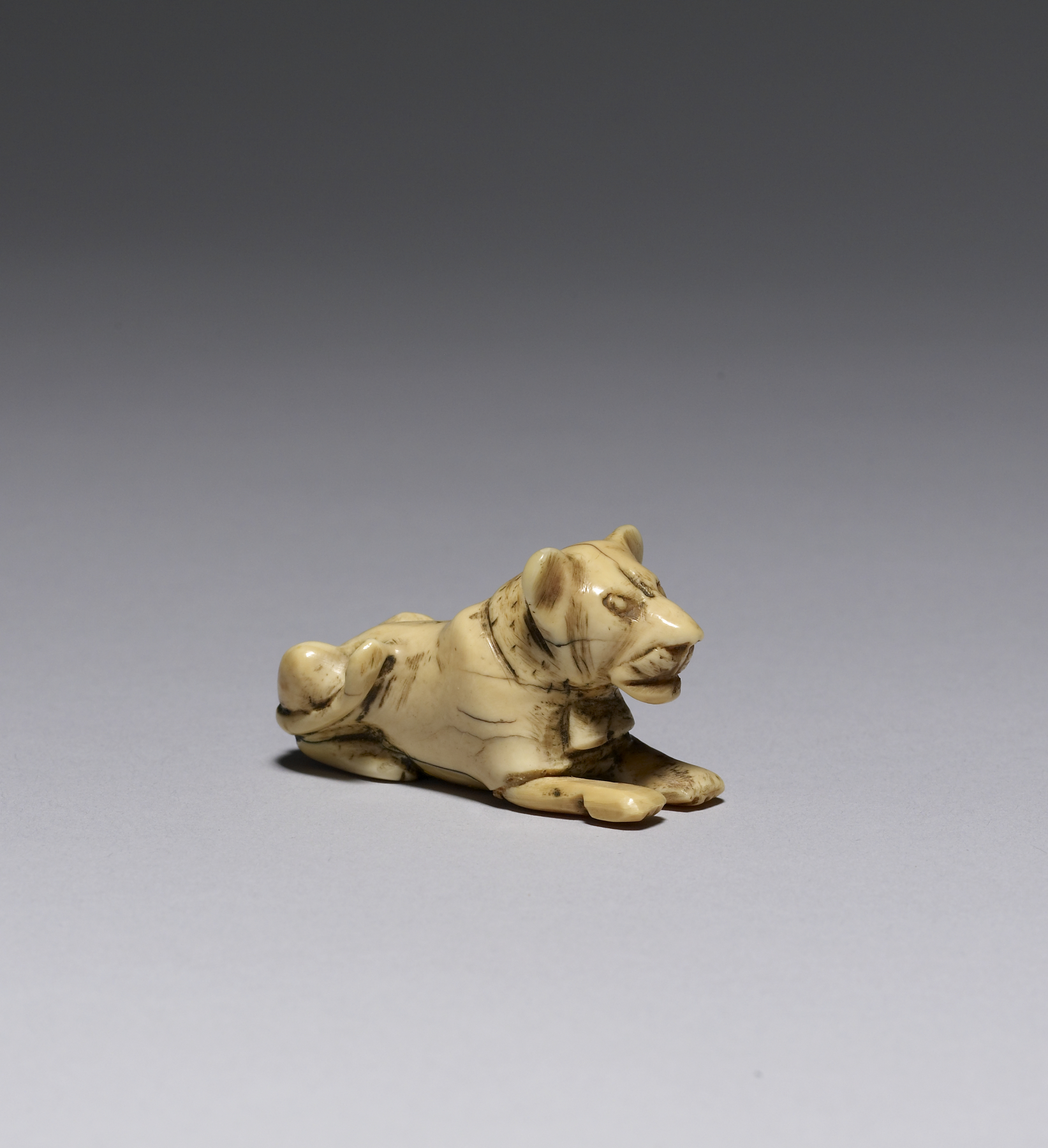 Ivory was used, from predynastic times forward, to create luxurious practical objects such as combs, hair pins, amulets, spoons, and knife handles (Drenkhahn 1986). Around 3000-2900 BCE, a distinctive class of ivory objects--gaming pieces in the form of animals--emerged. These small statuettes represent recumbent lions (both male and female) and hounds. The broad collar and absence of a mane indicate that the subject of the piece illustrated here is a female lion; the rectangular pectoral on the figure's breast is the result of modern recarving, and the high polish was not original to the figure. Such a figurine was probably used in the game of "Mehen" ("coiled one"), played on a round board in the form of a coiled serpent with a trapeziodal projection. The game was popular until the end of the Old Kingdom. 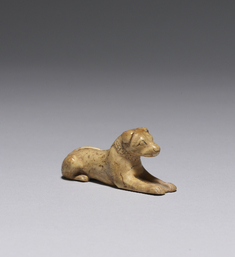