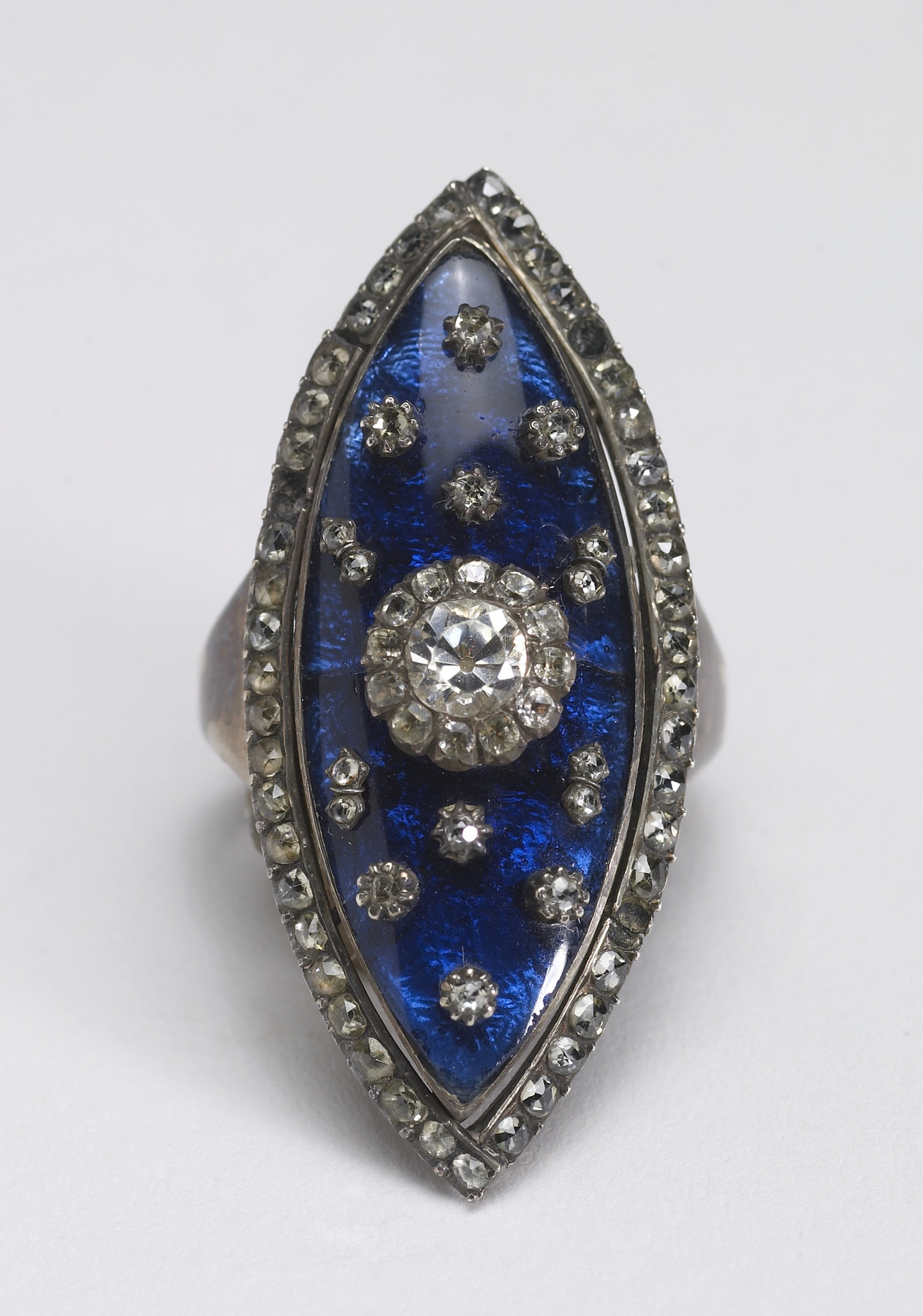 The navette or boat-shaped bezel of this ring evokes a galaxy of diamond stars surrounding a central rosette on blue enamel foiled ground.