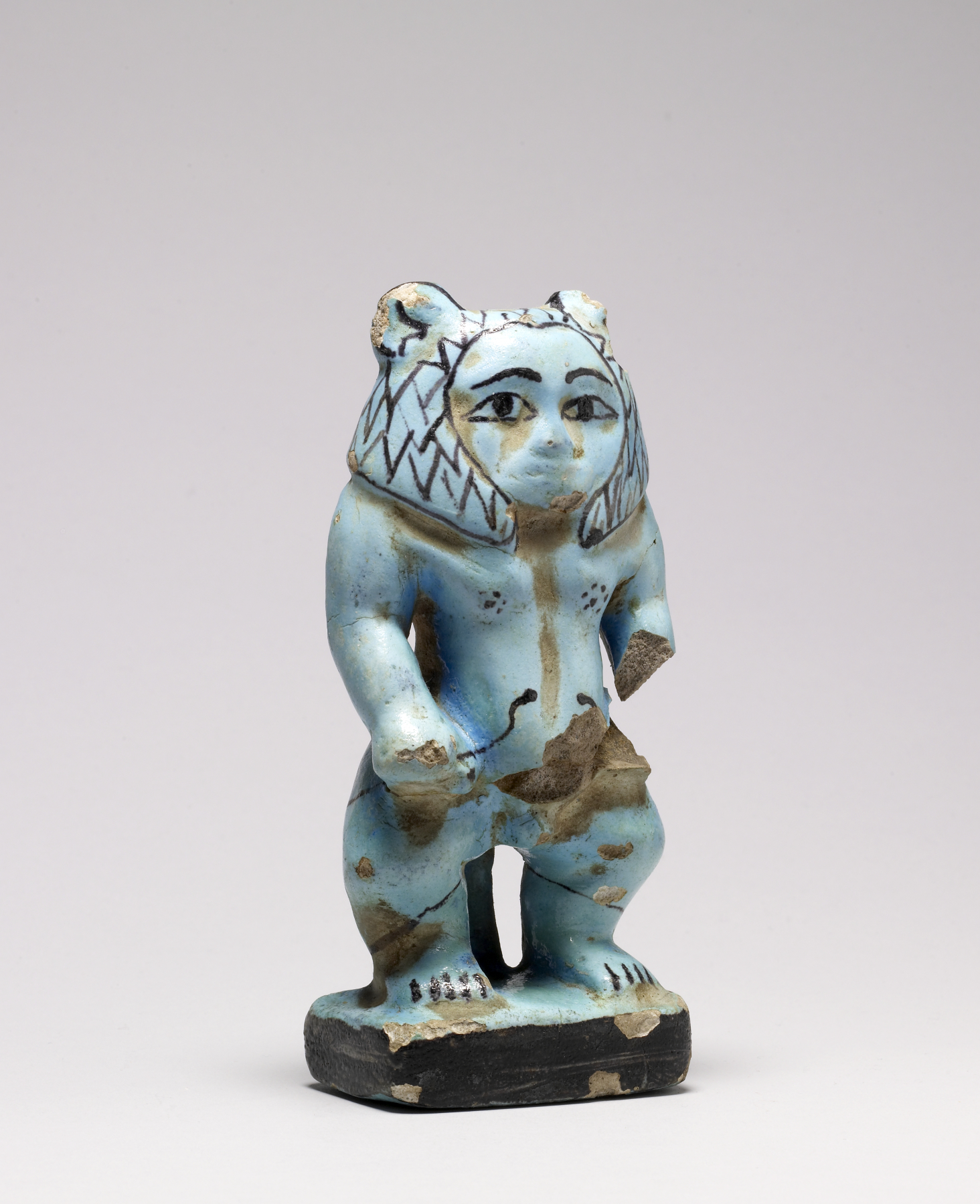 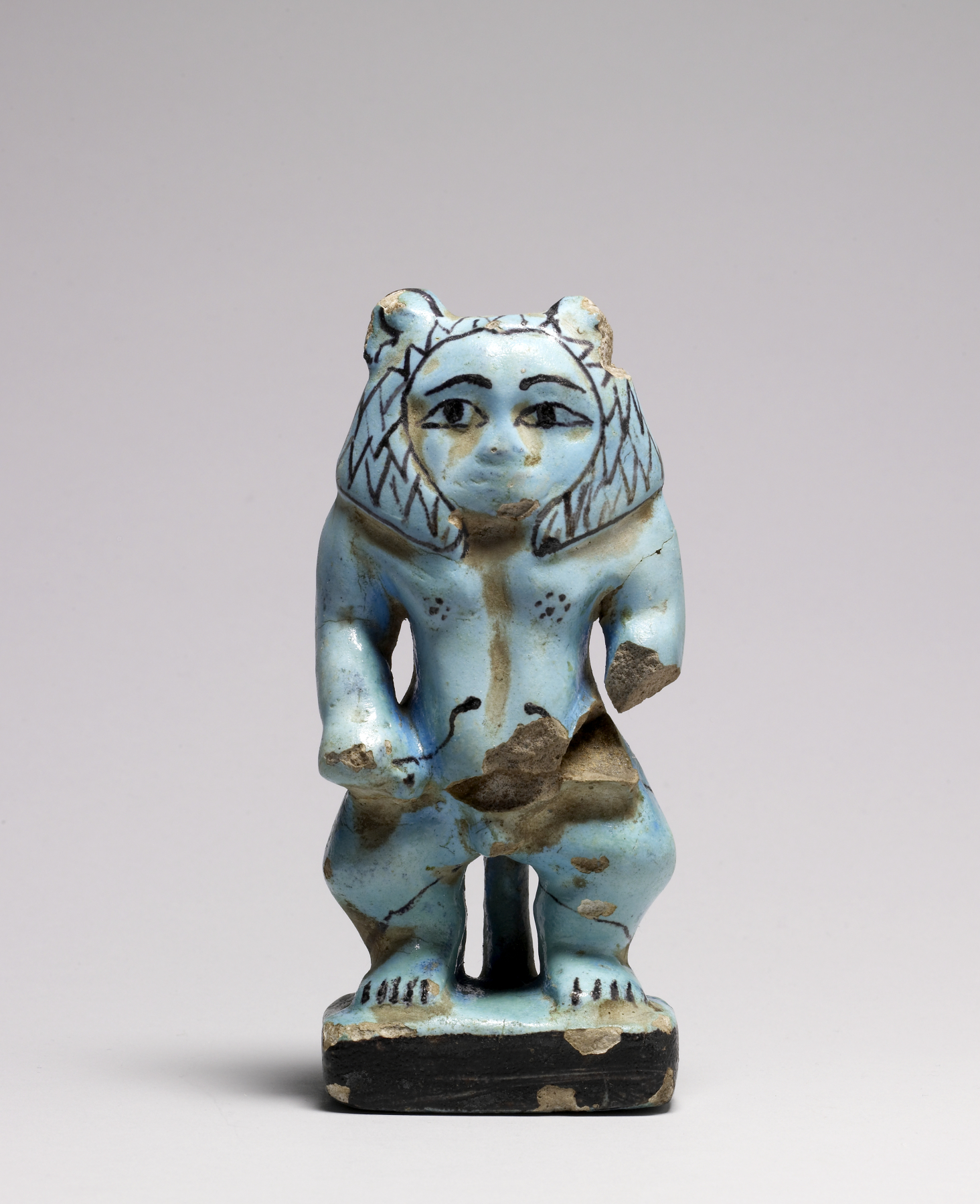 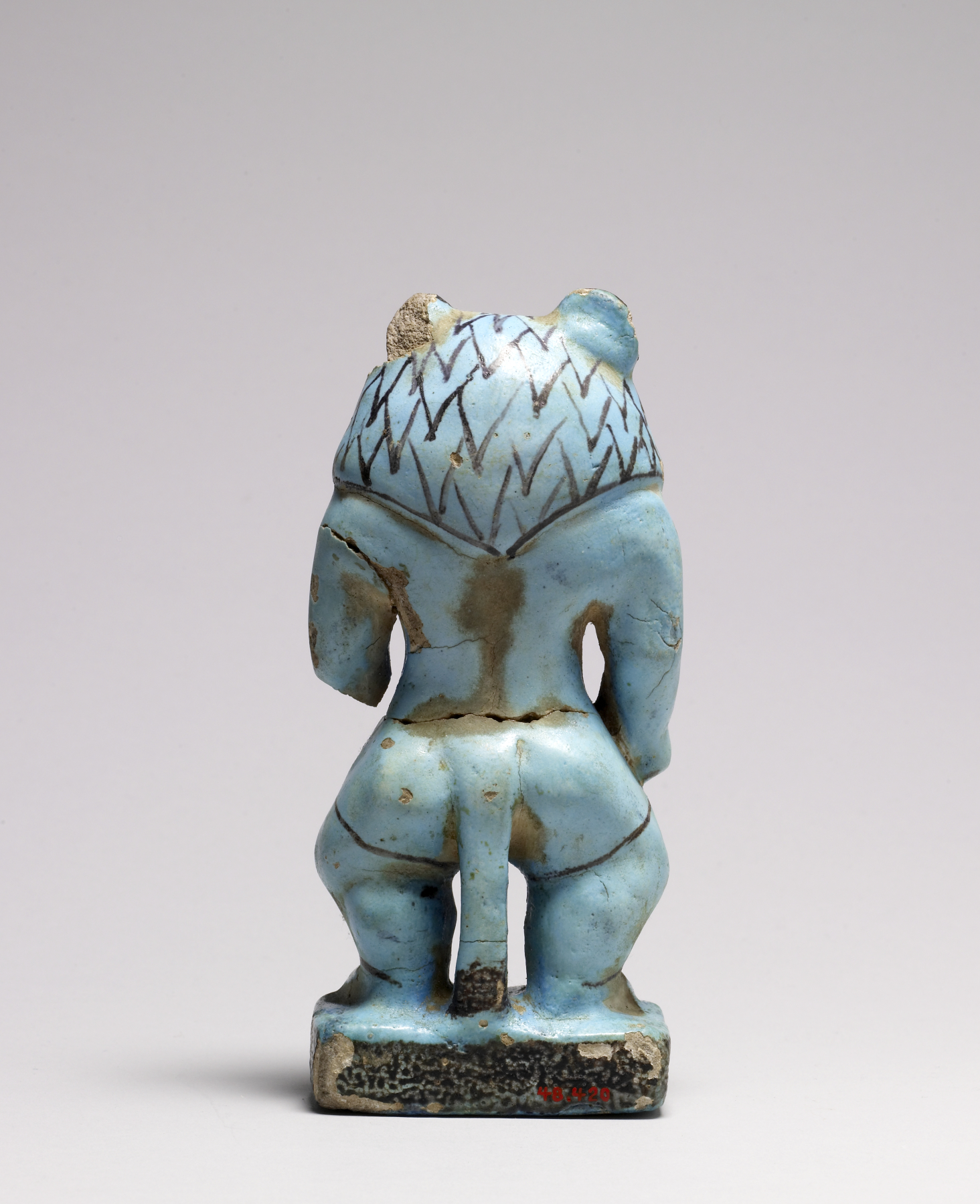 Resembling the protective deity Bes, this benevolent demon holds a snake in each hand, symbolizing his ability to ward off the bites and stings of venomous creatures. The figure has the proportions of a dwarf, the head, mane and tail of a lion, and human eyes. Similar figures to this one were depicted on magical wands of the Middle Kingdom. The details of the figure, such as the eyes, mane, nipples, and the snakes are marked with dark blue lines and dots.