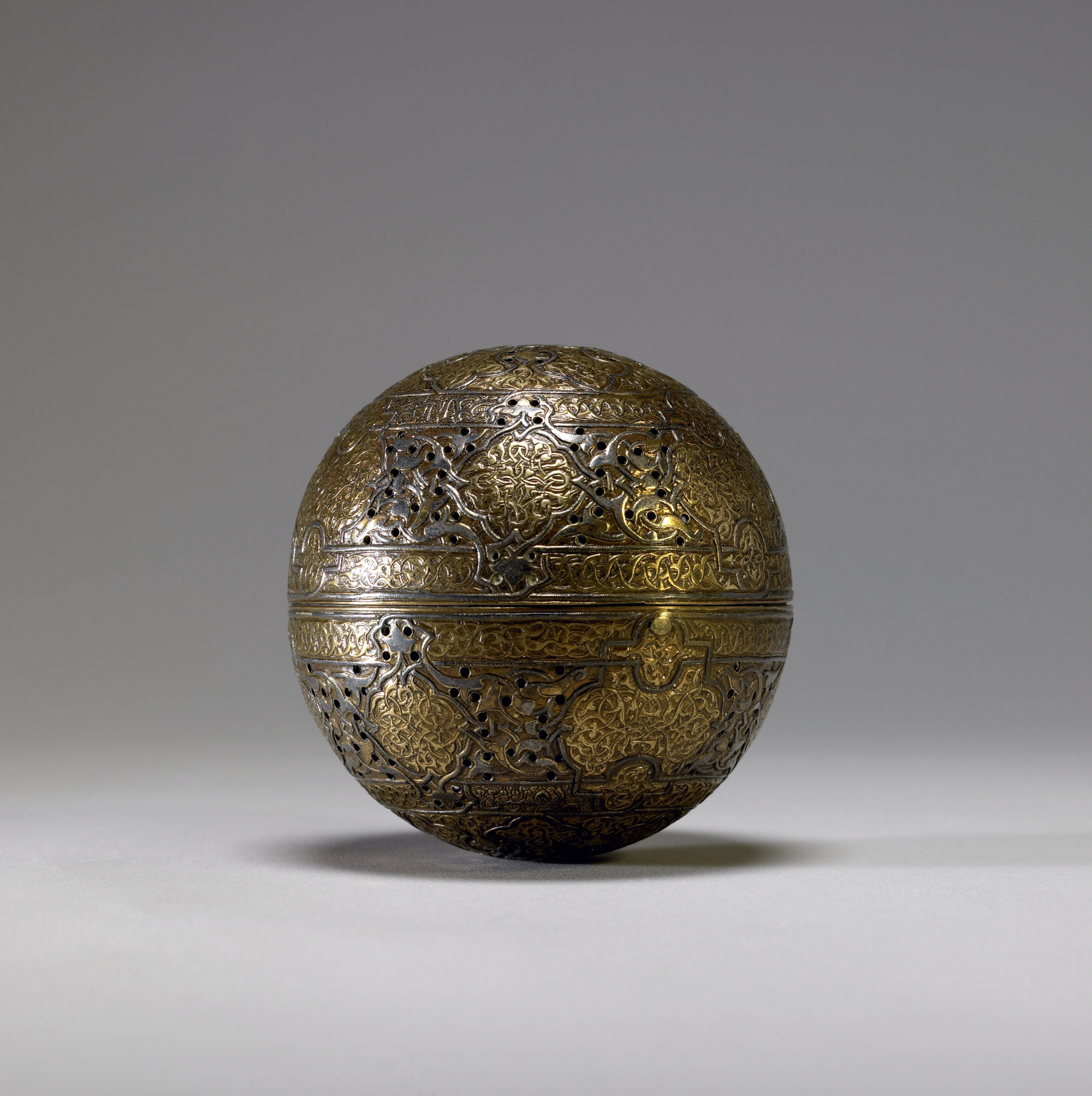 Gilded metal objects like these were made by Muslim craftsmen in Islamic lands for export to Europe. Muslim artisans often decorated their export wares with designs resembling those on European art, in addition to geometric patterns, medallions, and foliage common in Islamic art. The name of Zayn al-Din appears on a number of such export wares. Zayn al-Din may have come from Iran, since his signature on the round incense burner or hand warmer begins with the Persian word naqsh, meaning "decorated [by]."