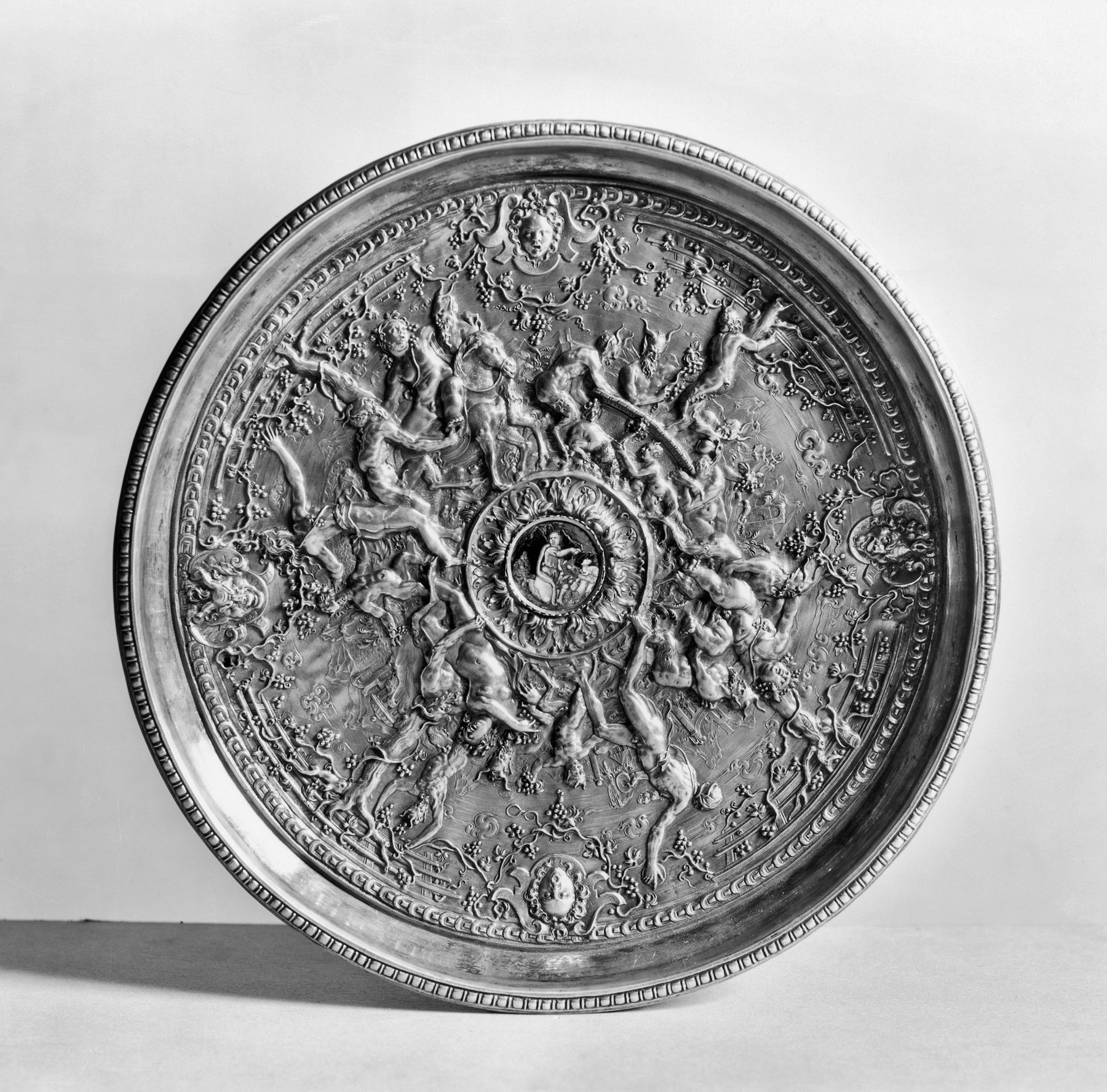 "Tazza" with St. John the Baptist and a Bacchanalia

The "tazza" bowl is decorated in high relief in the Italian late 16th-century style with bacchanalia scenes (showing a procession of followers of Bacchus, the Roman wine god). Scholars remain divided as to whether the bowl is genuine or a forgery. In the center of the "tazza" is a 16th-century Limoges enamel showing St. John the Baptist with his lamb. The foot of the tazza appears to be a later addition. When Henry Walters acquired this piece, he thought it was made by the Nuremberg goldsmith Wenzel Jamnitzer (ca. 1507-1585).