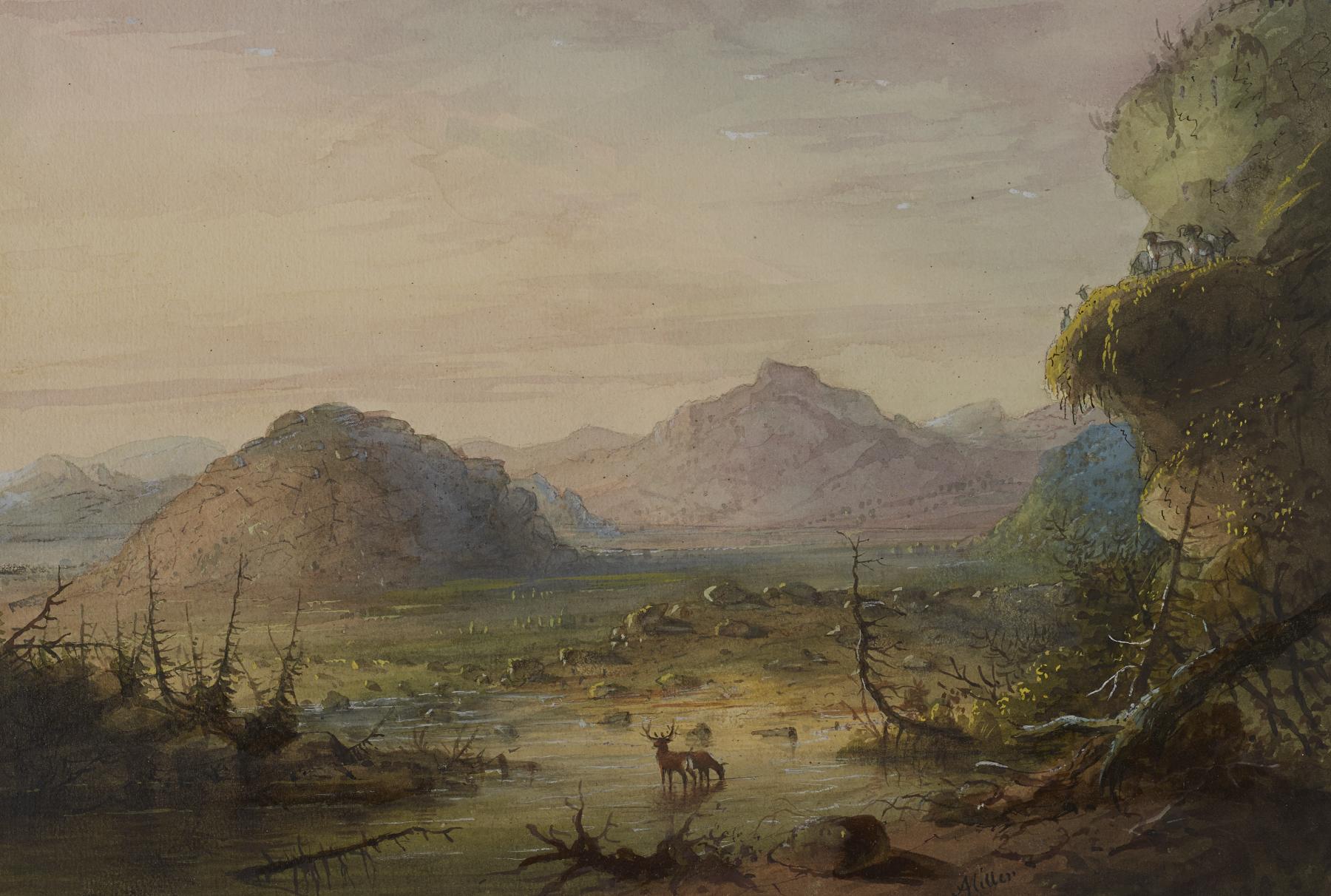 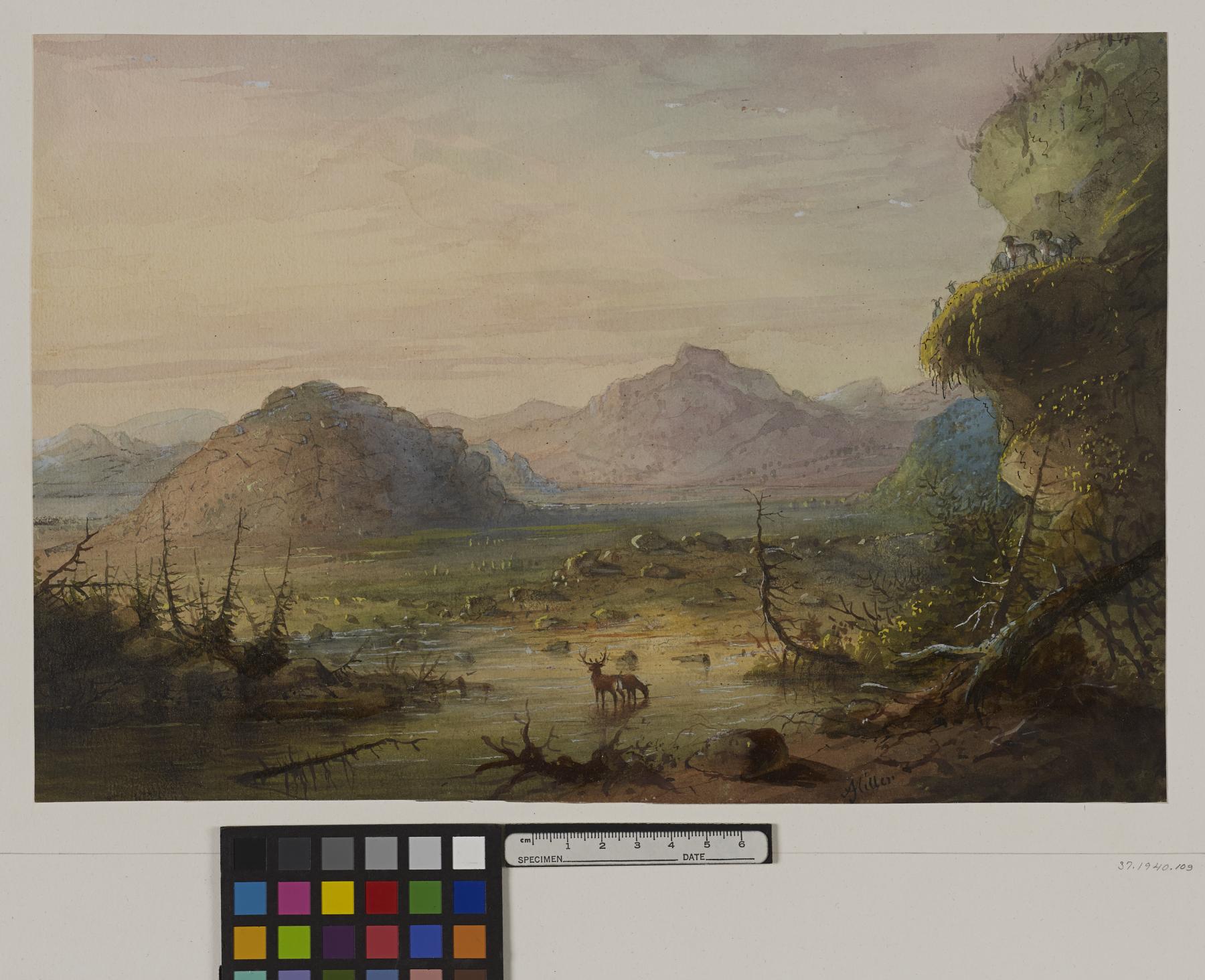 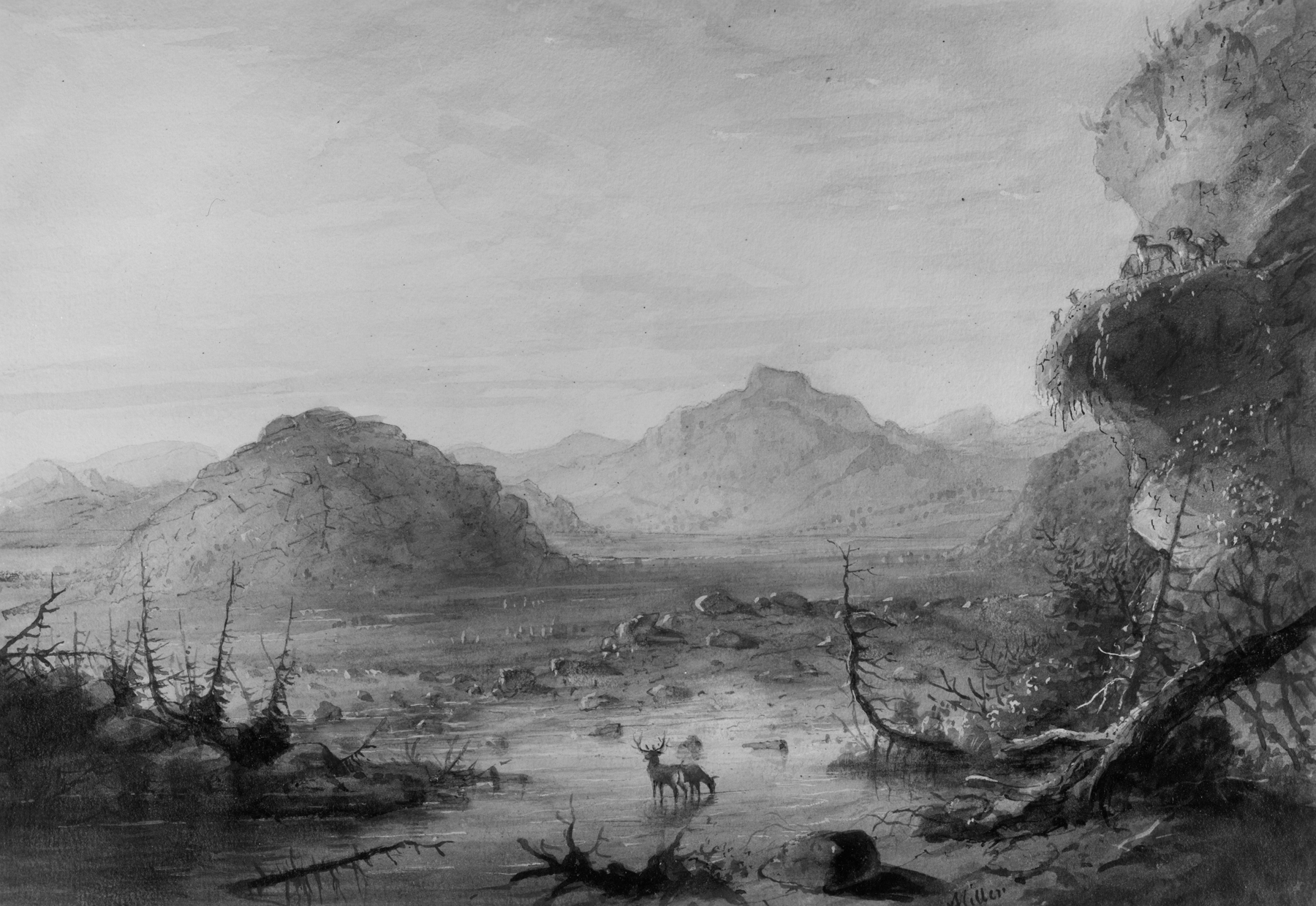 "The scene here presented is remarkable, huge mounds of rock rise suddenly out of the prairie, and near their summits and scattered about their sides were boulders seemingly detached,- while the dry sand plain below is covered with gnarled bushes of the Artemesias. From these plants, found here in the greatest abundance, the atmosphere is strongly impregnated with the smell of camphor and turpentine. Theis whole region from its elevation and purity of air is said to be favorable to the resoration of health, particularly to consumptives,- the respiration of air so highly charged with aromatic plants no doubt contributes to this influence. Our hunters had great sport here with the Mountain sheep, wherever they could get access to them. In ascending the rocks in herds, they gave notice of their locality by the loose stones that came rattling along the declivities, and thown down by them in running - when in good order the meat was similar to our mountain mutton." A.J. Miller, extracted from "The West of Alfred Jacob Miller" (1837).