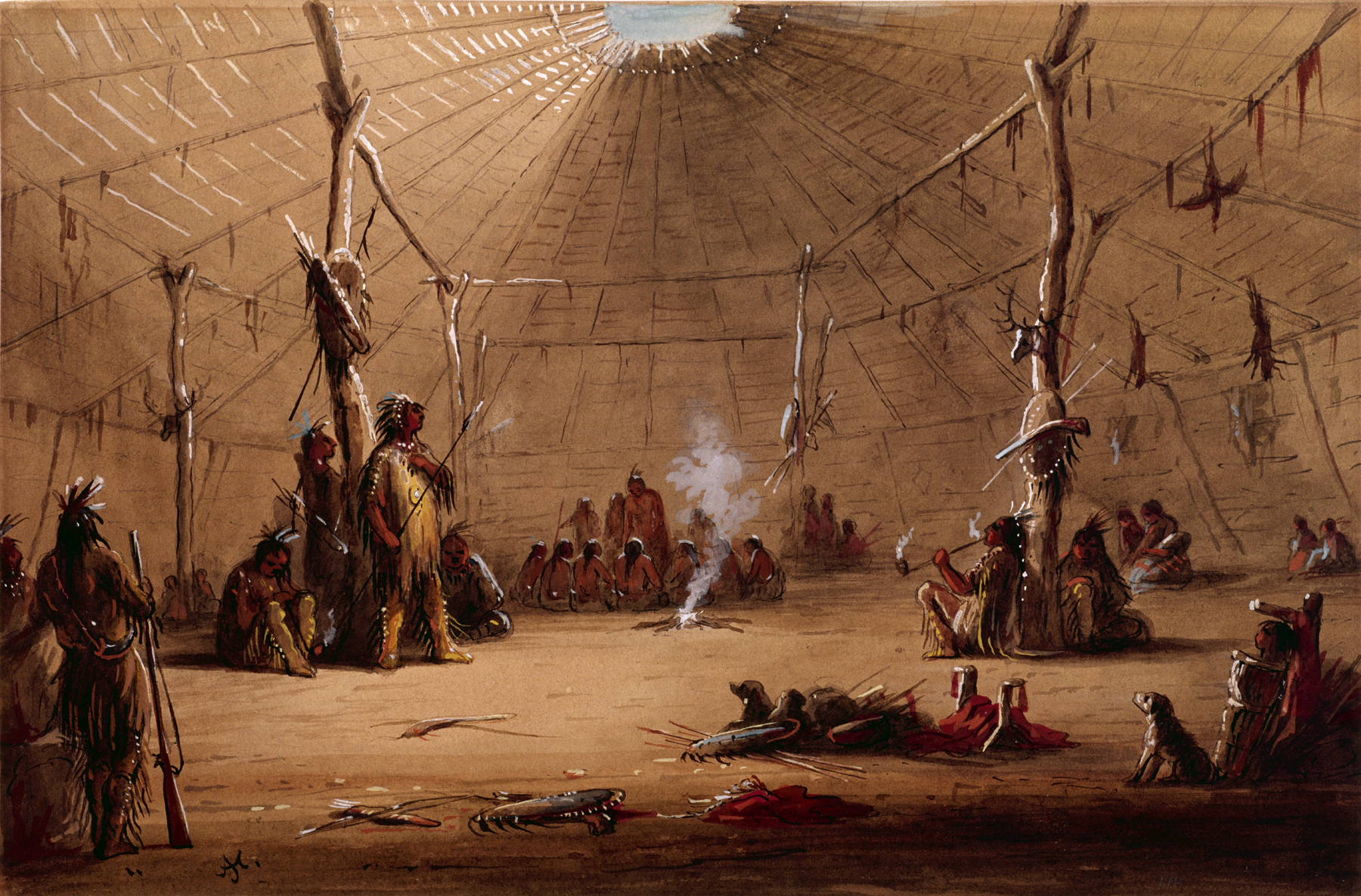 "There is considerable ingenuity and taste displayed in the structure of these permanent Lodges,- upright posts with crotched ends are first raised supporting bond timbers at different heights to give a sloping circular roof:- rafters radiating from the centre rest on these, and are secured in their places by transverse pieces leaving narrow interstices - the whole of the frame work is now covered with adobe, both roof and sides, which completes the Lodge. The light is admitted through an aperture in the center and the smoke finds egress through the same. The subject of the sketch presents a favorable specimen of a permanent Lodge, with groups of Indians scattered about; at the upper end are some Indians seated, playing one of their favorite games,- the 'game of hand' - it had a strong resemblance of our game of 'hunt the slipper.' Many persons conceive that Indians always carry a grave countenance. We have seen them 'laugh consumedly' while engage in this favorite pastime." A.J. Miller, extracted from "The West of Alfred Jacob Miller" (1837).