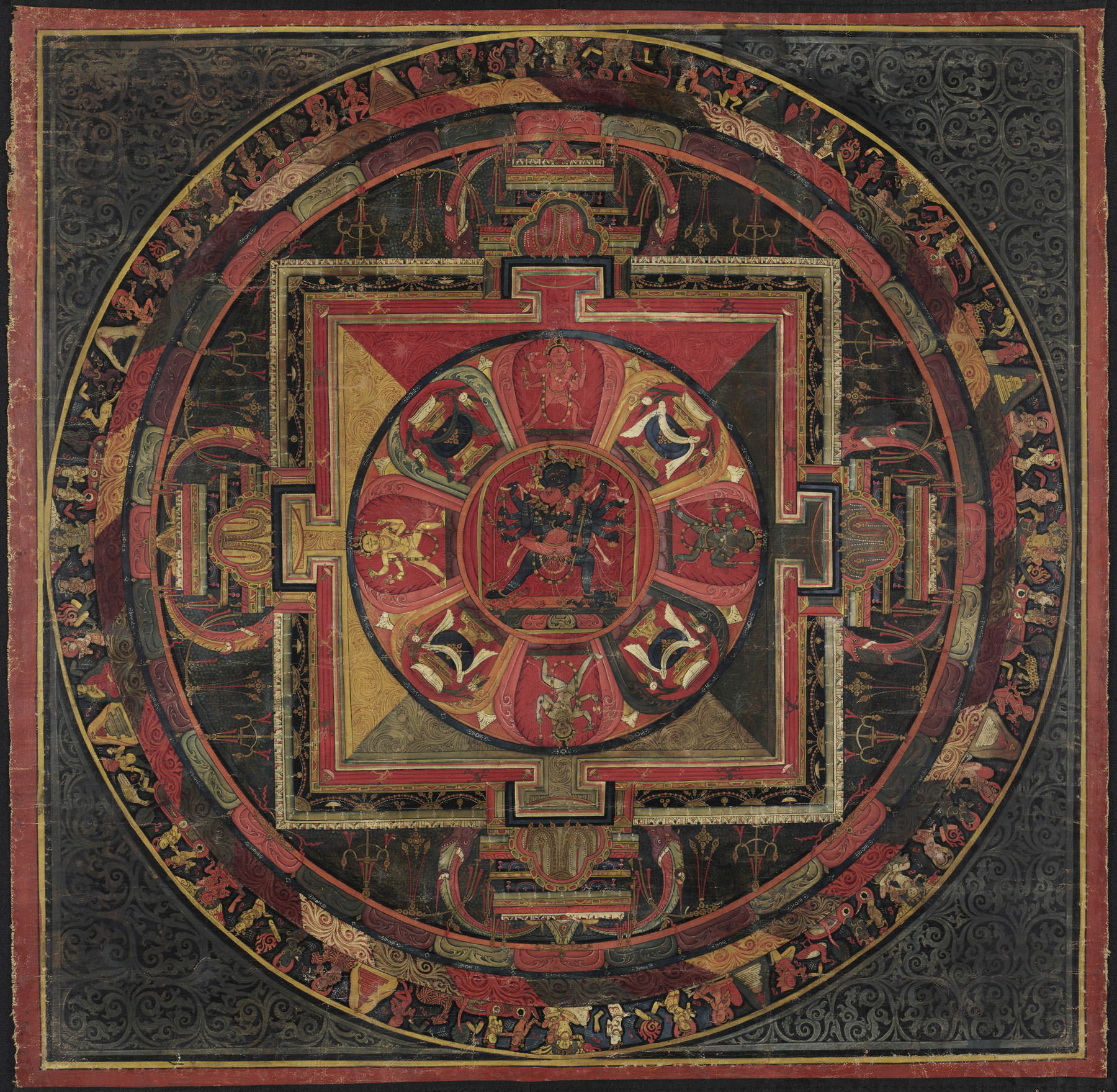 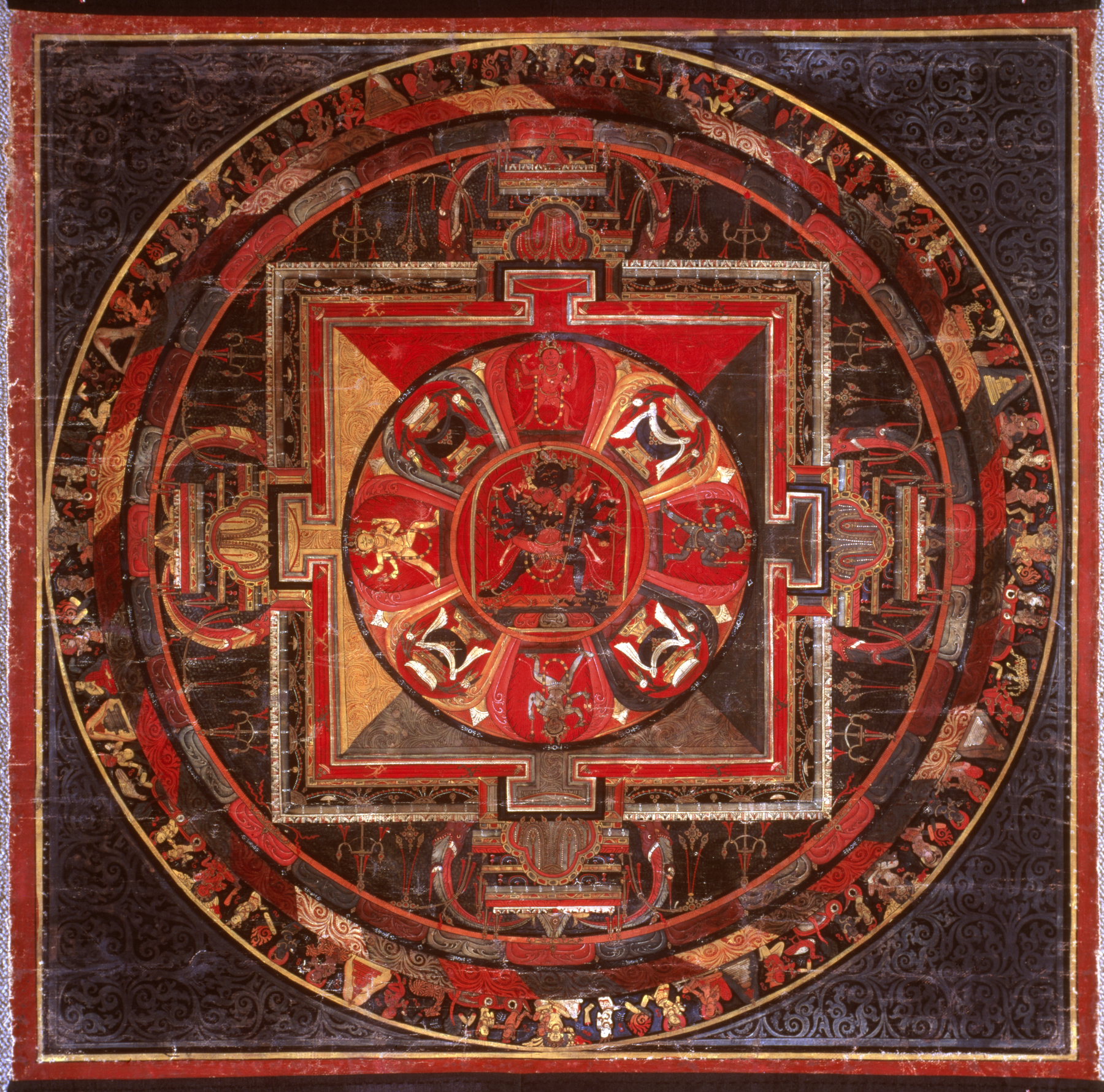 This mandala represents the universe of Chakrasamvara, a semi-wrathful Buddha, who is represented in dark blue at the center, united with his female partner, the red Vajravarahi. Four "dakinis" (fierce goddesses) attend the pair, alternating with four ritual vases to occupy the eight petals of a central lotus. Beyond a narrow ring of "vajras" protecting this lotus and its deities are the square walls of Chakrasamvara’s palace, with four T-shaped entrances marked by elaborate gateways. Additional concentric circles surround the palace consisting of multicolored lotus petals and flames that purify the enclosed space, while another ring of indestructible "vajras" between them adds further protection. The outermost circle contains the eight great cemeteries, each one marked by a dome-shaped stupa, a tree, predatory animals, and dismembered body parts. Each is also occupied by divinities and tantric adepts, for such cemeteries serve as sites for the practice of tantric rituals associated with wrathful and semi-wrathful deities like Chakrasamvara.

Mandalas are designed to transfix the gaze of the initiate or student of Tantric Buddhism through repetitive geometric shapes, intriguing religious iconography, and the symbolic use of color, all of which are prescribed in religious texts. In a passage to a higher spiritual state, the student is invited symbolically to enter a mandala, which is a circle of deities. A teacher leads the student into the mandala by way of the T-shaped entrances on the four cardinal points and then through the mandala’s various levels. The master thus teaches the student the art of visualization and meditation, with the student asked to identify with the principal deity in the mandala’s center. Having assumed the character of that deity, the student may be considered to have been transformed.