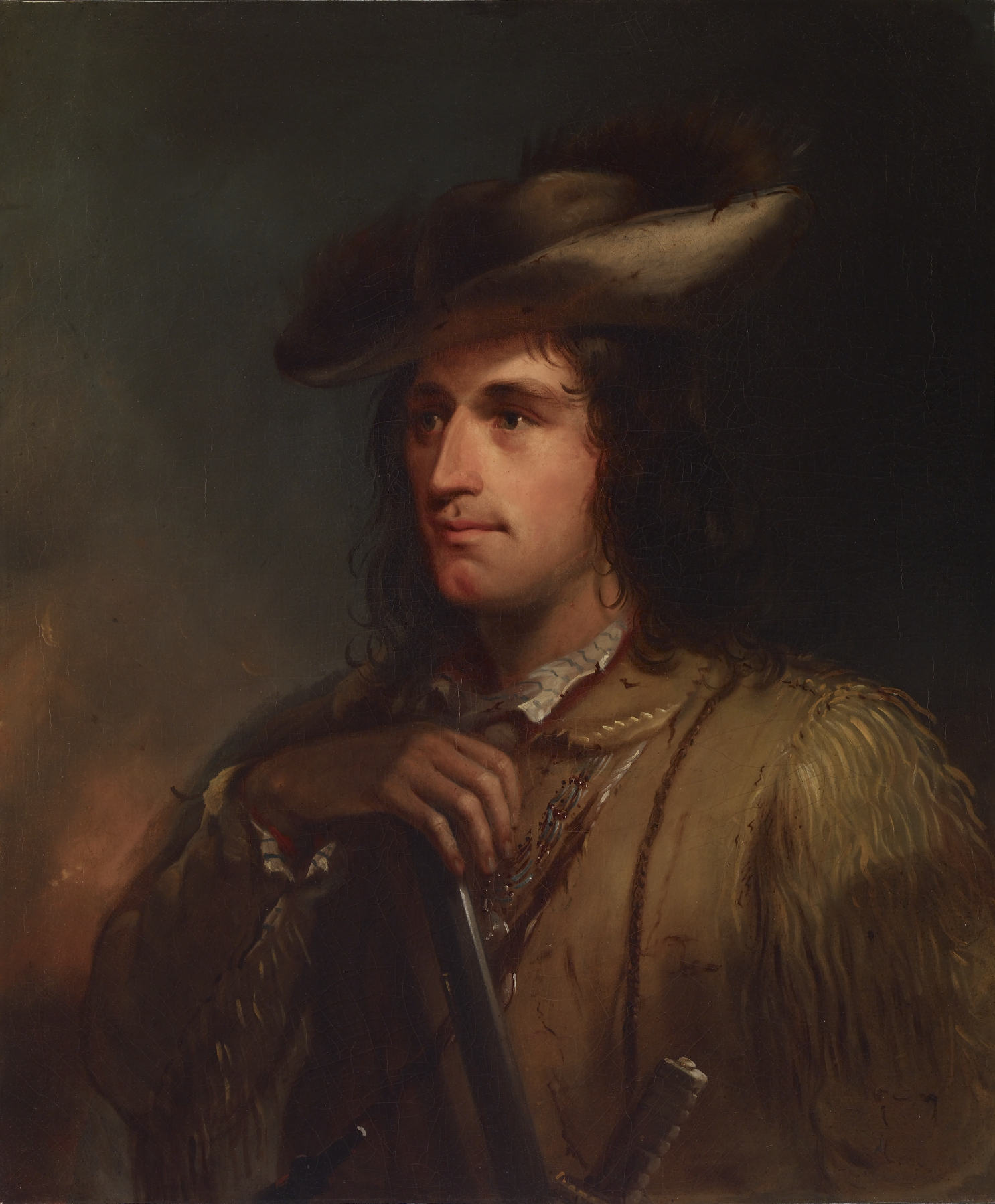 In the summer of 1837, Alfred Jacob Miller accompanied Captain William Drummond Stewart, a veteran of Wellington's Spanish campaign, on an expedition to the American fur-traders' rendezvous held in the Green River Valley. Antoine Clement, the son of an Indian mother and a French-Canadian father, seen here wearing a buckskin tunic, served as a guide. Two years later, Clement accompanied the Scot, now a baronet, back to his ancestral home, Murthly Castle in Scotland. Stewart, who had previously visited Egypt, India, and Turkey, adorned his castle with souvenirs of his travels, including Persian carpets, Turkish hookahs, and weaponry, in addition to Native American artifacts.

Gift of the Moser family in memory of Rebecca Ulman Weil, 1980