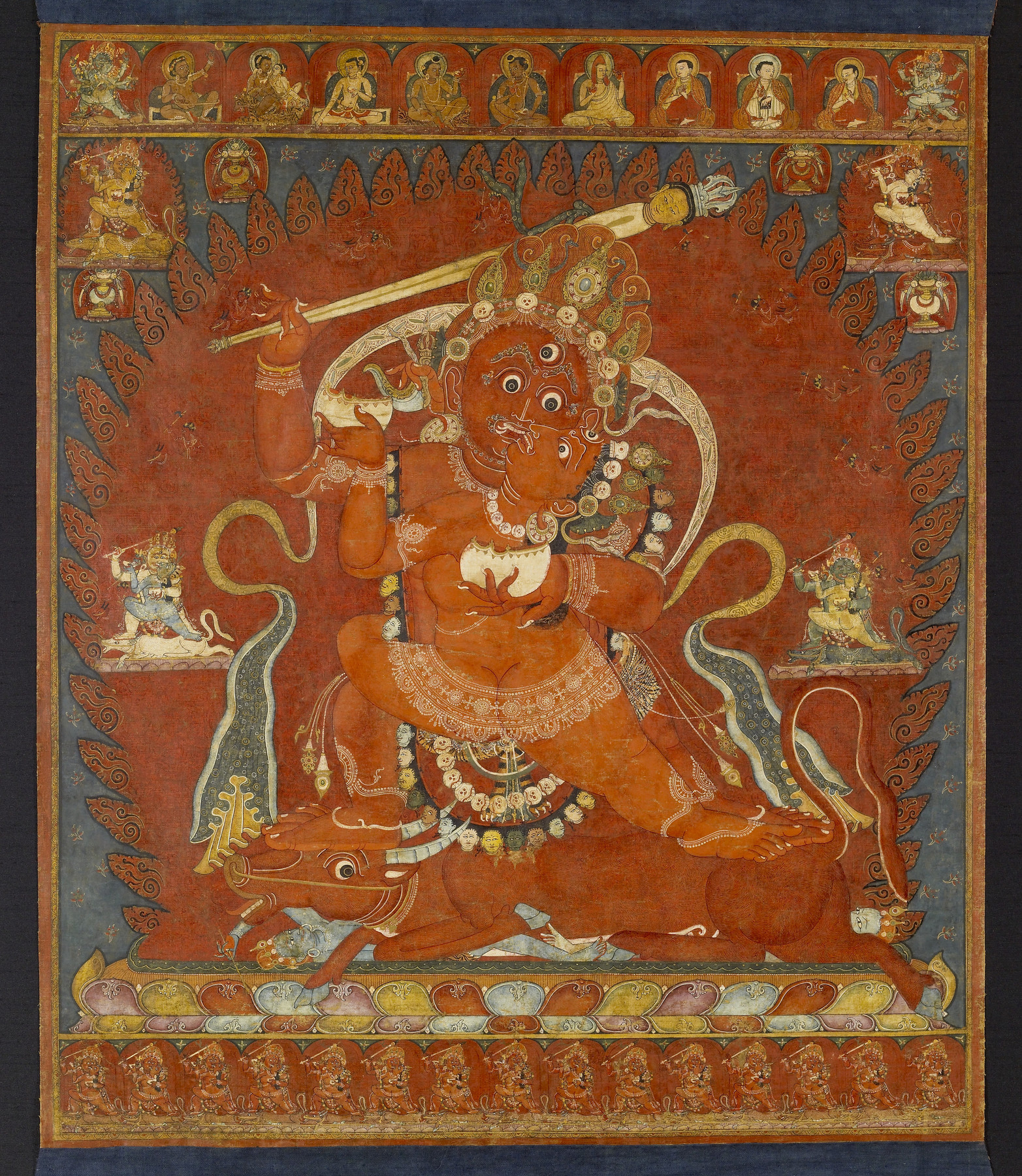 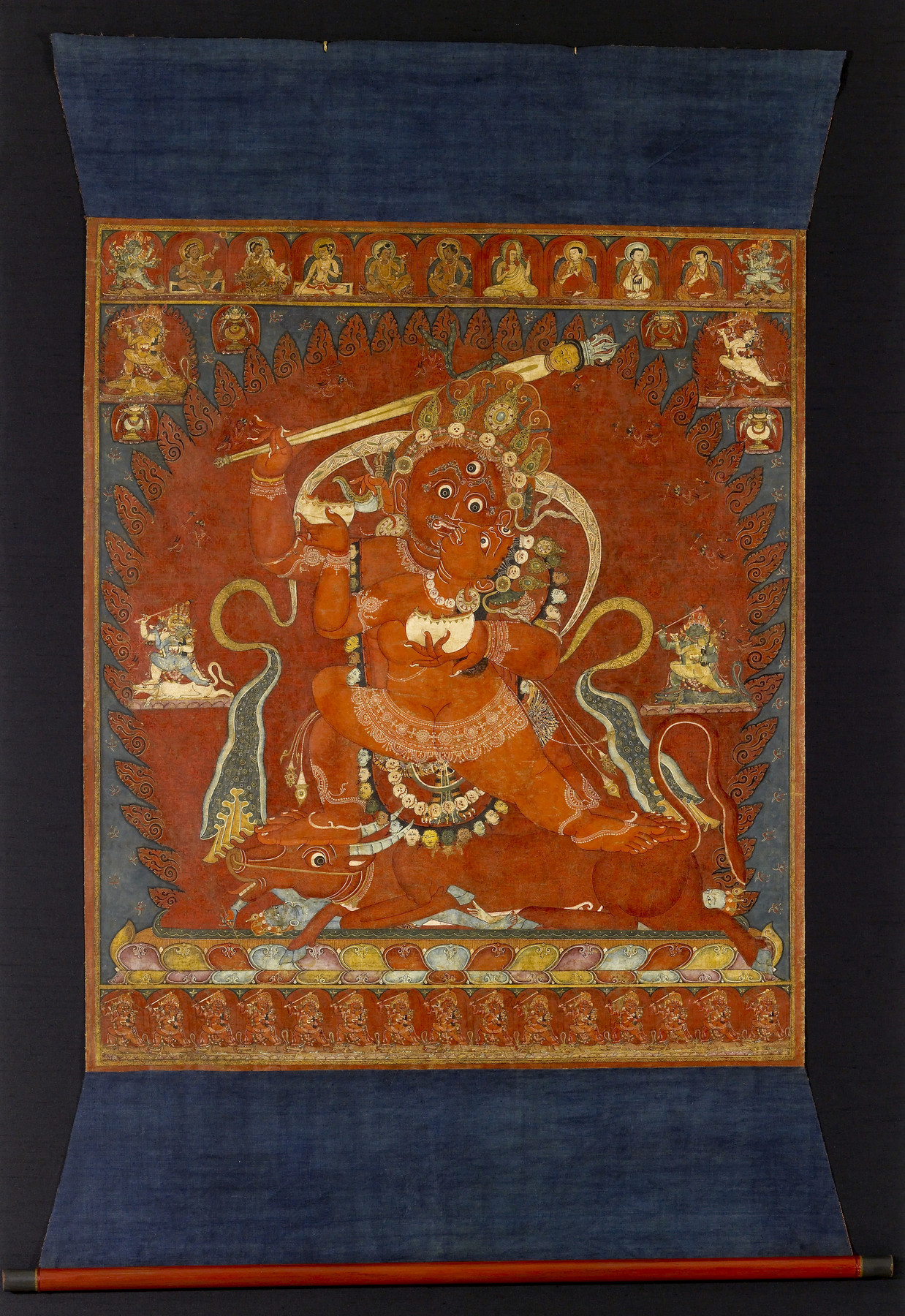 The Buddhist deity Raktayamari embraces his female partner, Vajravetali, their union symbolizing the bliss of enlightenment. As the red ("rakta") enemy ("ari") of Yama, the god of death, Raktayamari conquers death itself. By defeating death, he also ends the cycle of rebirth and the suffering it causes. With Vajravetali, he tramples the buffalo of Yama, along with figures associated with the attachments that trap us in a state of ordinary existence. By meditating on Raktayamari, and by identifying with him as he destroys these obstacles, the Buddhist practitioner comes closer to spiritual liberation.

Surrounding the central Raktayamari and Vajravetali, the pair is repeated four times in different colors within the main field of the painting, and fifteen times along the lower border. According to a widely held interpretation, their sexual union is itself an image of enlightenment, the supreme knowledge that leads to spiritual liberation. Called "yab-yum" (“father-mother”) in Tibetan, the male deity (here, Raktayamari) symbolizes compassion and method, while the female (here, Vajravetali) symbolizes wisdom—qualities that are inseparable within an enlightened state of mind. They appear again on either end of the upper border, as the blue-black Krishnayamari and Vajravetali ("krishna" means “blue-black”). Between these figures is a lineage of Buddhist teachers and disciples, starting on the left with five mahasiddhas—“great perfected ones” or tantric adepts who have acquired special powers and achieved enlightenment—followed by four monks. The first monk, who wears a red scholar’s hat, is dressed in a robe that marks him as Indian, with one shoulder left bare. The other three monks, who wear robes covering both shoulders, are Tibetan. Barely visible within the red backdrop of the main aureole, red figures riding red buffalos wield iron hooks and ritual daggers, used to rein in and pin down harmful forces, including those of the untrained mind.