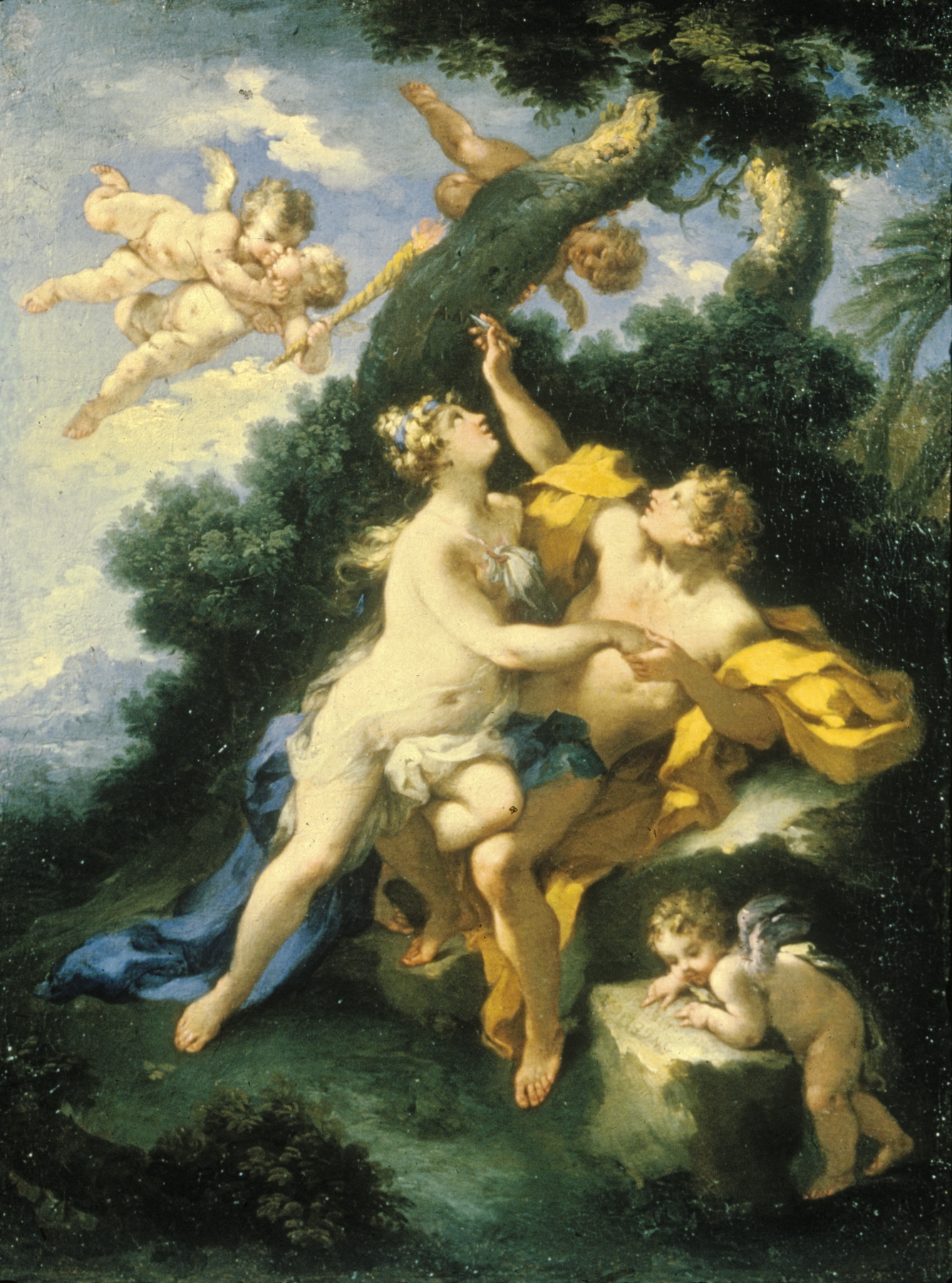 The subject is from the romantic epic "Orlando furioso" by Ludovico Ariosto. Written in 1516 and expanded throughout the author's life, this work and its fantastic stories were popular throughout Europe in the 1500s and well into the 1700s. A complicated fantasy is set during a long siege of Paris in 885-86 by Muslin North African Arabs. Here, Angelica, a Chinese princess, and the Muslim knight Medoro are amorously intertwined and celebrating their love by carving each other's names into trees. Flying cupids and a torch allude to their burning love.
This episode of the lovers was very popular with 18th-century artists and patrons, who were charmed by eroticism handled with a light touch. The artist's audience of aristocrats would have enjoyed projecting themselves into the story; perhaps as a consequence Angelica is not depicted as Chinese nor is Medoro depicted as a North African, as they were in the poem.