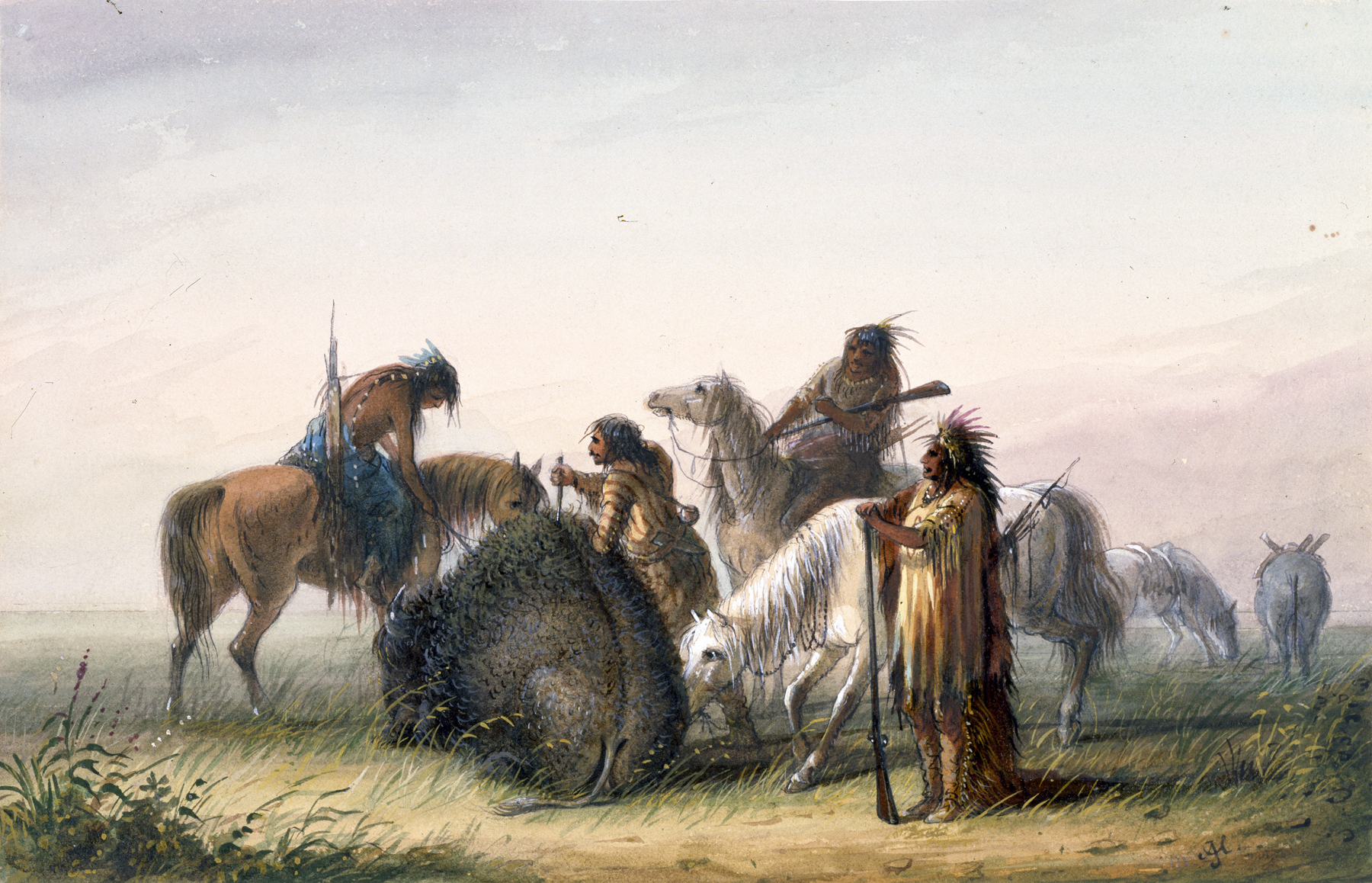 "In the spring these animals commence shedding their hair,- the old winter coat of a pale dull brown comes off in great flakes exposing the new short hair of a lustrous umber color. About the month of June they appear to the greatest advantage. A bull at this time with his body bare and his head and shoulders muffled in long hair makes a very formidable appearance, his wieght being upwards of 2,000 lbs. Among animals, the wolves and grizzly bear are his greatest enemies;- the former are only successful with the weak and sickly Buffalo, but with the latter the strongest Bull goes down before him. We suppose that no traveller who makes the journey to Oregon ever forgets afterward the delicious flavor of the Bos or Hump rib,- it is probably superior to all meats whatsoever, and the preparation for securing it is the subject of our present sketch. The choiciest parts are this, together with the fleece, side ribs, & tongue, which are places on a Sumpter mule, and dispatched to camp." A.J. Miller, extracted from "The West of Alfred Jacob Miller" (1837).