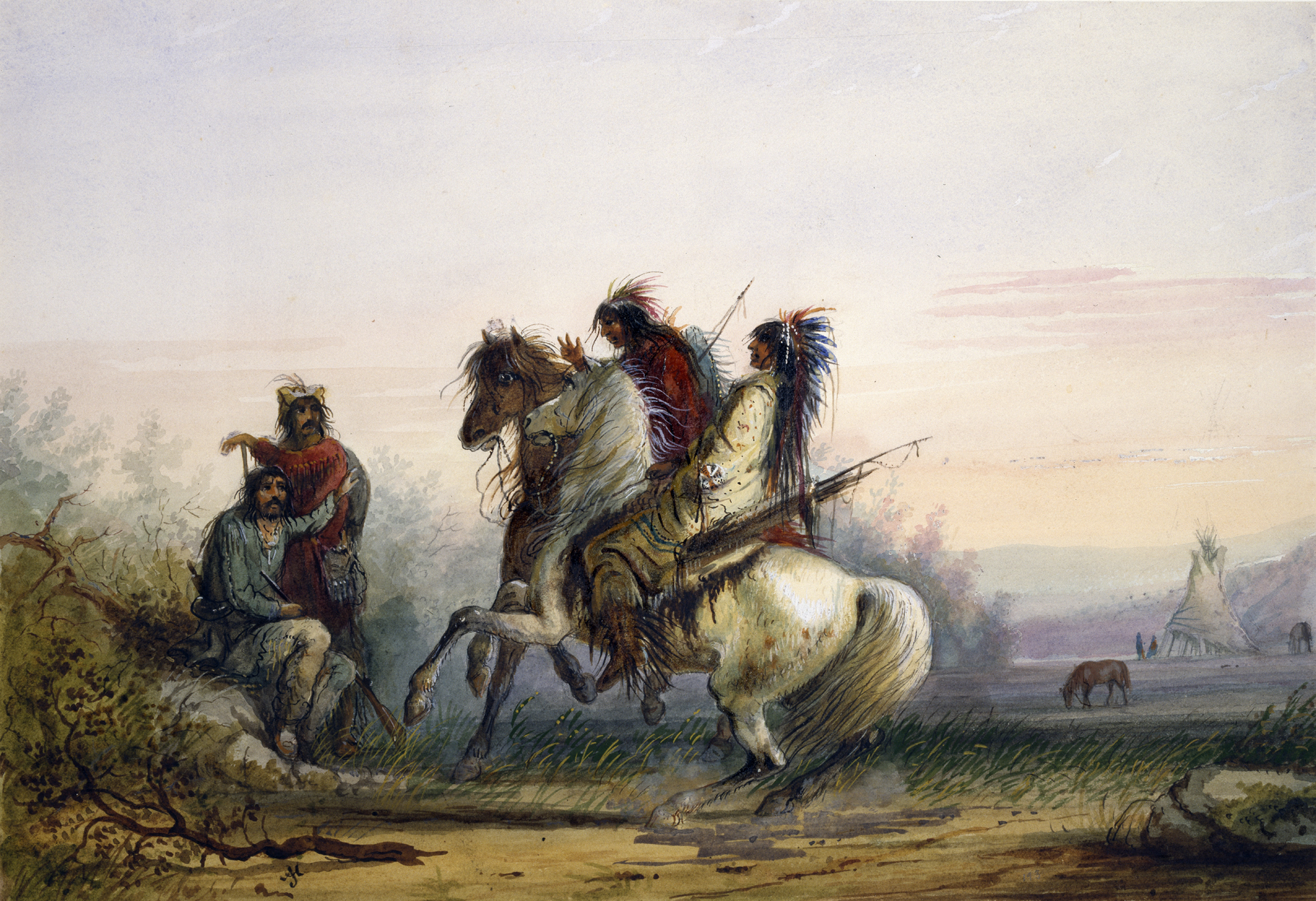 Trappers and Indians Communicating by Signs

"The Trappers experience much difficulty in acquiring a knowledge of the Indian tongue, and as if the language was not embarrasing enough, its pronounciation is still more puzzling,- the sound proceeding from the throat. It requires them to sojourn for years amonst the tribes to acquire anything like a proficiency, and in the absence of this they resort to signs, the meaning of which they learn readily, and thus hold animated conversations. Many of the half breeds however are well versed in the lingo of the various tribes of Indians;- these are sought out for interpreters, and travel with the Camp, making themselves useful also in other matters and duties connected with the Comapny, such as hunting, mounting Guard, &c." A.J. Miller, extracted from "The West of Alfred Jacob Miller" (1837).