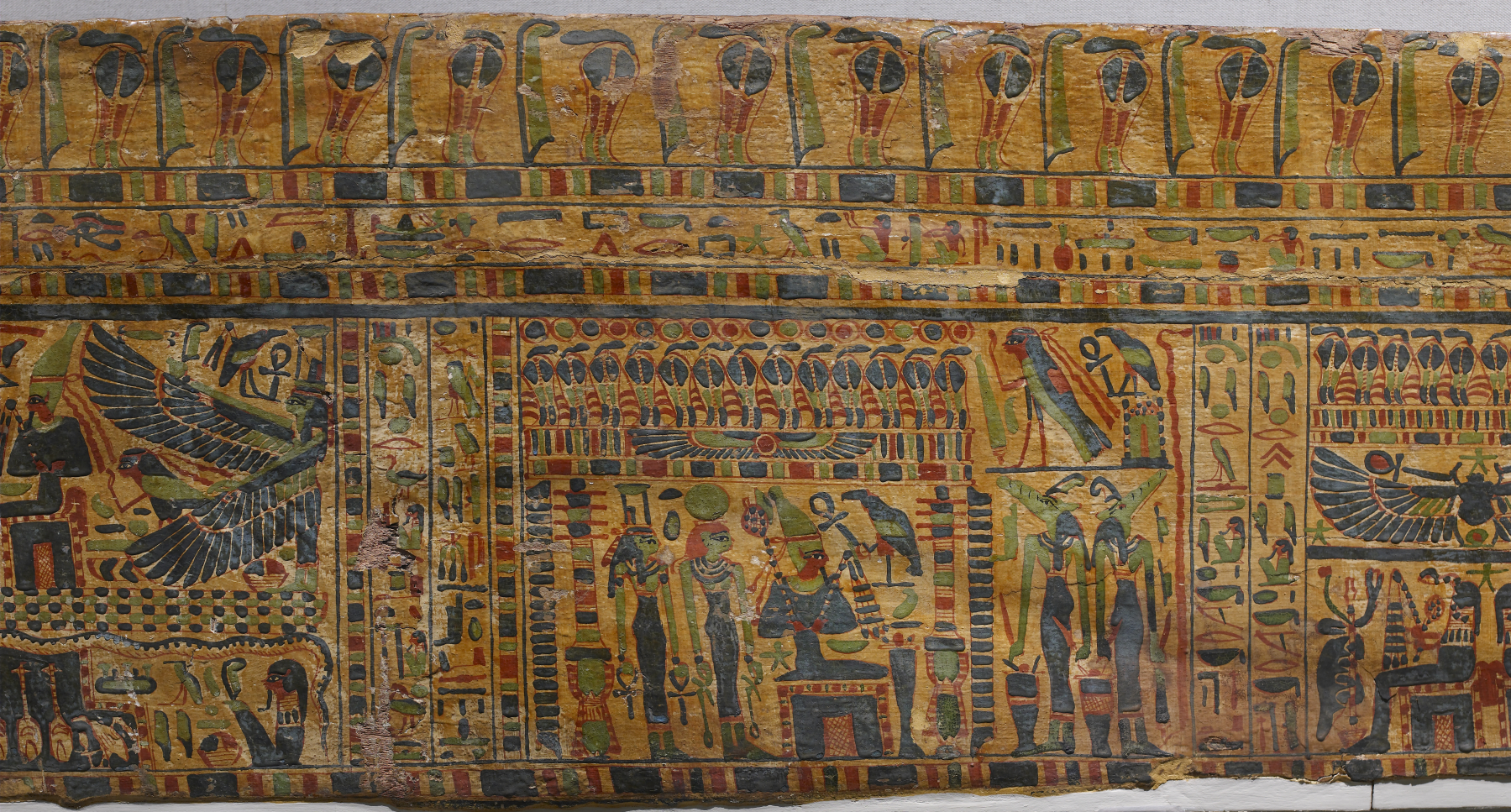 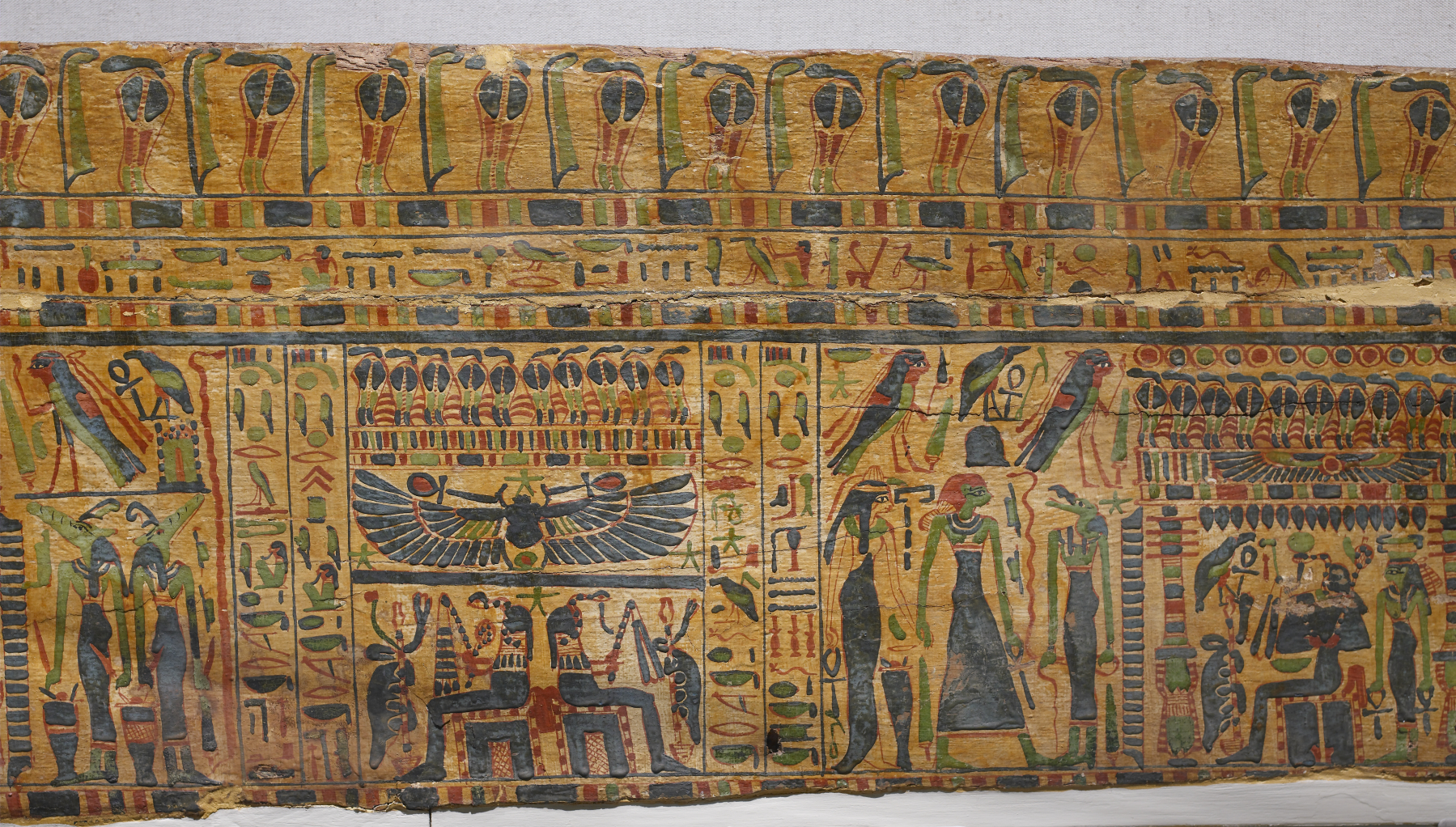 This panel is from a human-shaped coffin ensemble typically used for the priests of Amun at Thebes, who ruled there during the 21st Dynasty. These wooden coffin groupings usually consisted of two nesting coffins with lids and a mummy board carved to resemble the deceased and placed directly on top of the mummy. The panel is from the exterior right side of the inner container. During the 21st Dynasty, both the interior and exterior of coffins were decorated with amuletic symbols, short texts, and small, highly colored scenes that covered every inch of the surface. The owner of the coffin, not named on the panel, is depicted as a woman in one of the painted scenes.

By the 21st Dynasty, decorated chapels and tombs were no longer used. Instead, burials took place in unmarked rock-cut chambers, probably to deter tomb robbers. Religious scenes that had once appeared on tomb walls were now painted on coffins and papyri.

The panel is divided into three zones. The upper zone displays uraeus serpents, symbolizing protection, and Maat feathers representing the concepts of justice, truth, and divine order. The second zone contains a religious text, and the main zone below has different sections with representations of Osiris as well as the sun god in their shrines and scared places. The union of the mythologies of Osiris and the solar god Re is significant, as each set of beliefs, both concerned with resurrection and rebirth, was thought to benefit the deceased in their journey through the underworld.