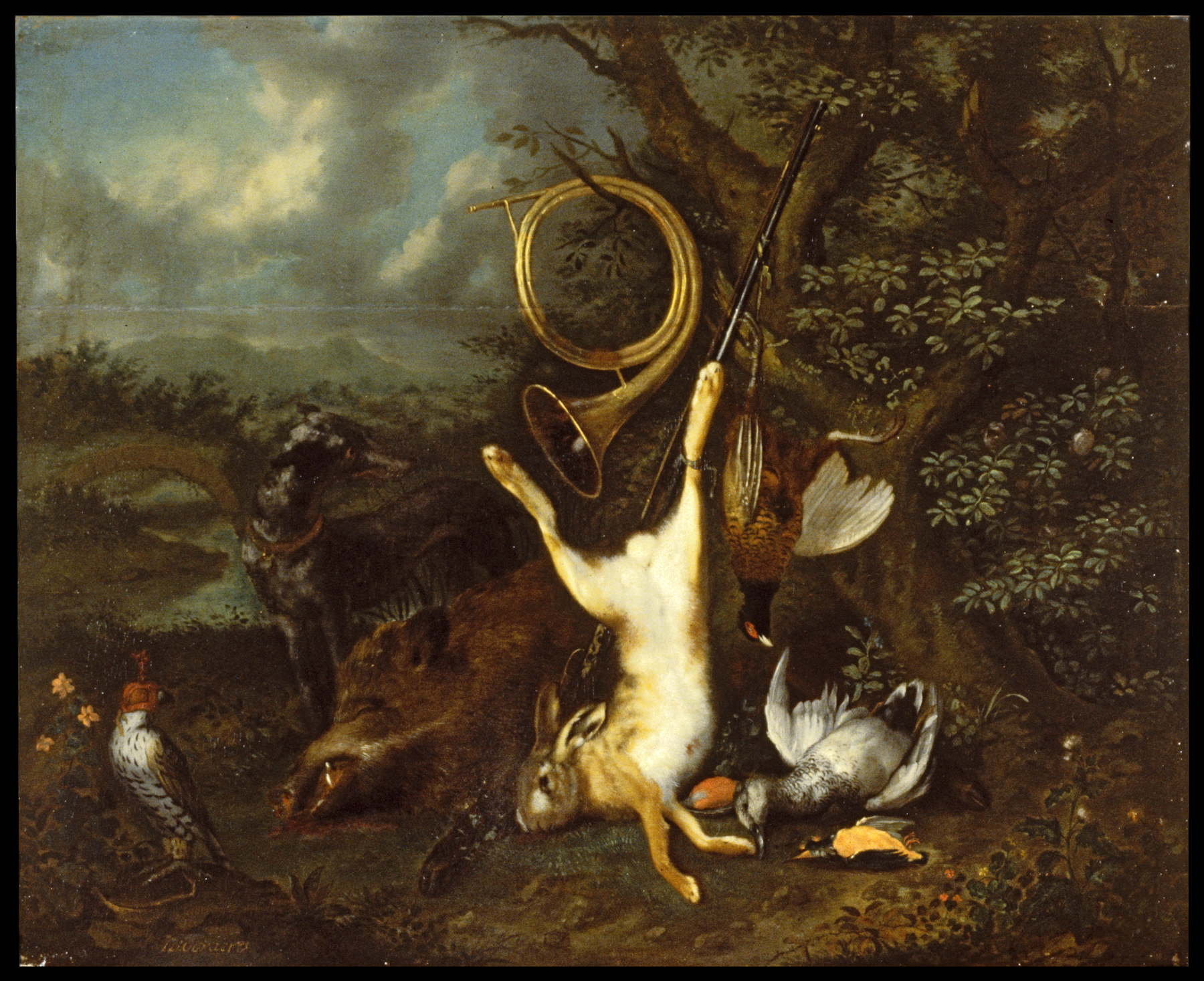 Hunting was a major pastime of the nobility, and paintings of the hunt were popular. By the late 1600s, scenes that captured the excitement of the chase or kill gave way to representations of the hunter's trophies, guarded by his dog, presumably while a meal was being served in the field. Hunting wild boar was restricted to the nobility, as was hunting with a falcon, here hooded, as it would have been when out of its cage before being released to go after a heron or other prey.

The tactile appeal of the rabbit's fur or the pheasant's feathers is enhanced by the refined brushwork, rendering minute details and subtle contrasts of texture. 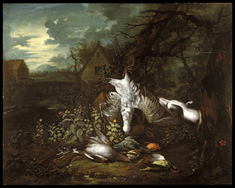