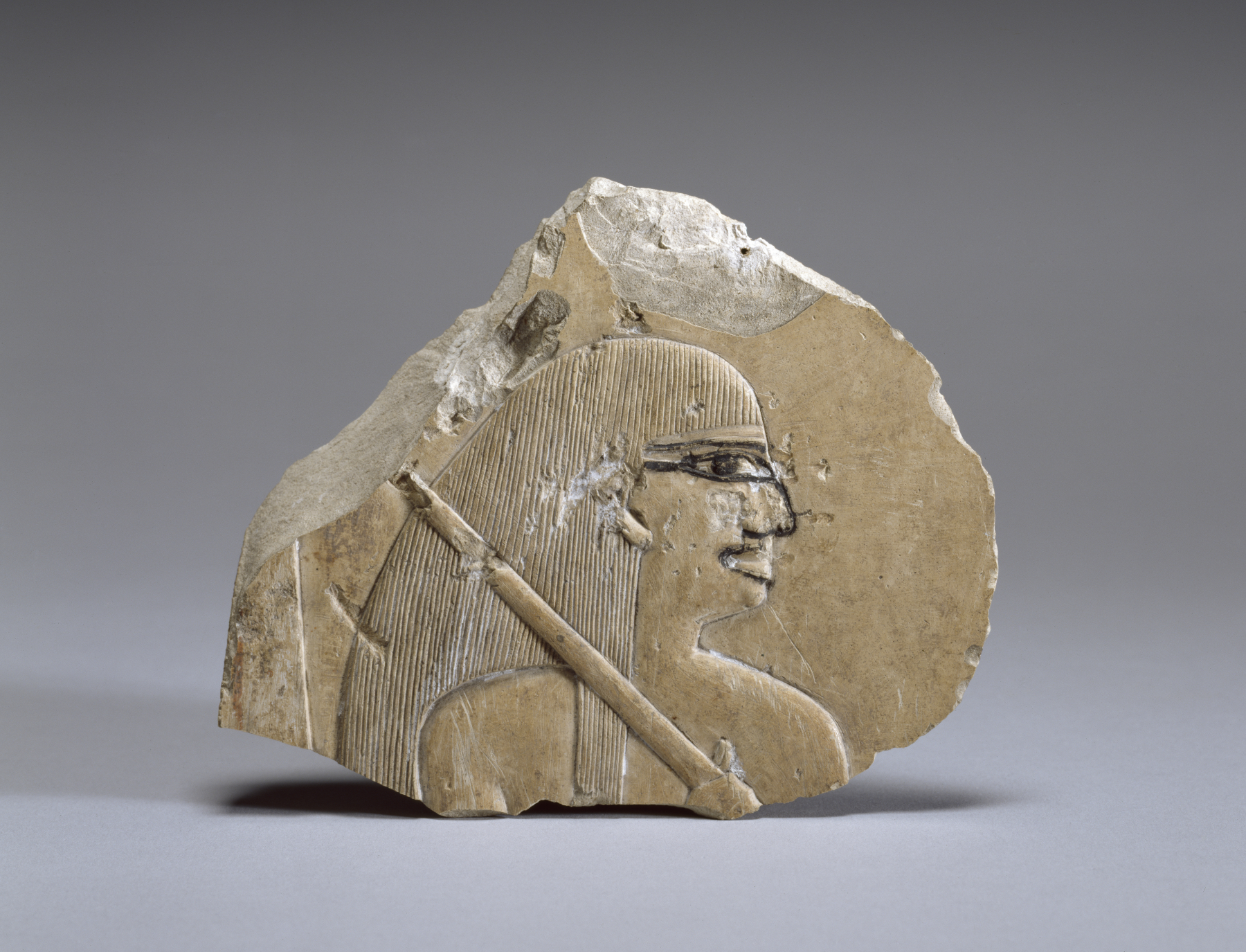 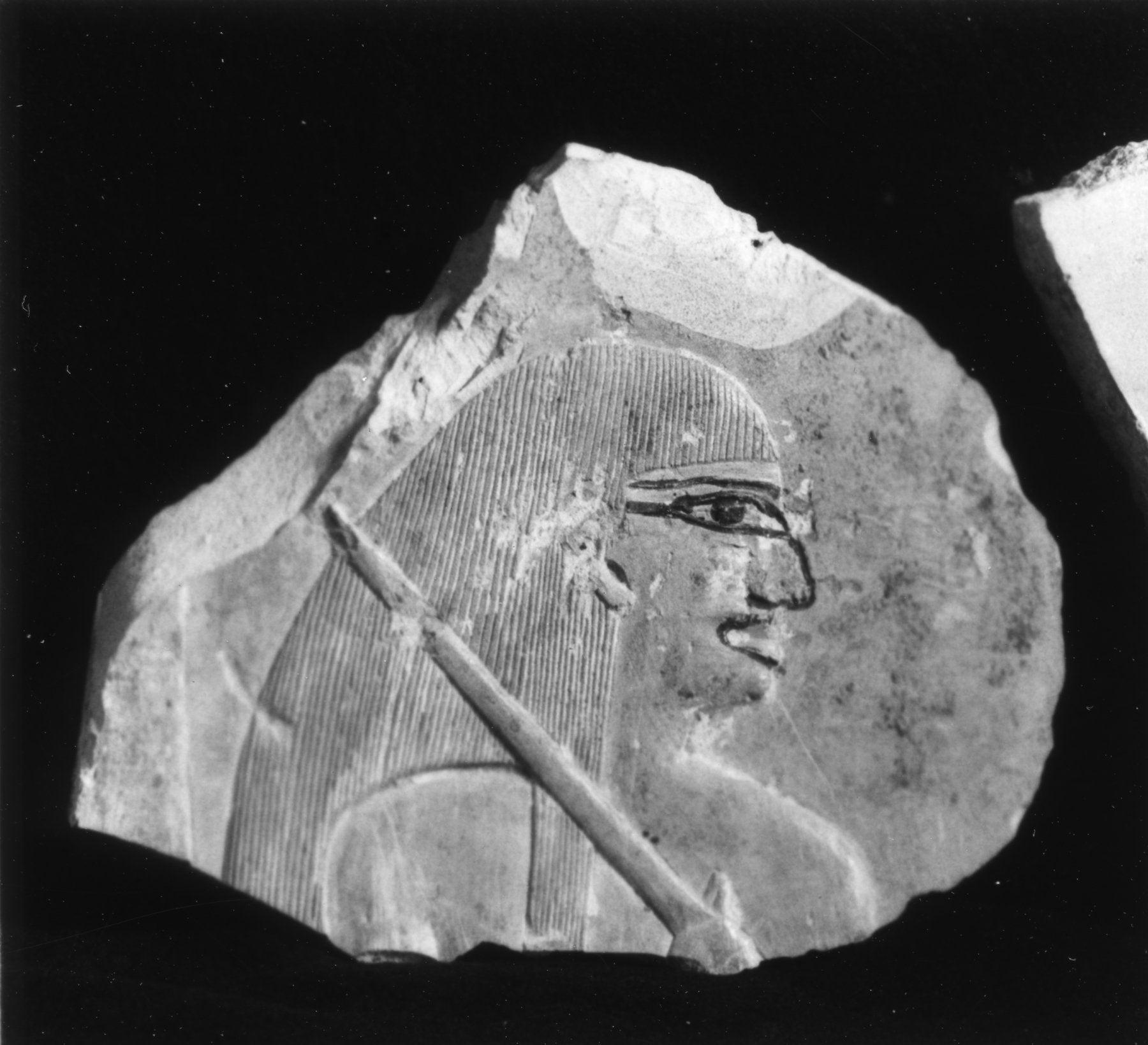 Nefru was the only woman to bear the title "Great Royal Wife" to King Nebhepetre Mentuhotep II. This delicate relief fragment comes from the chapel of her tomb. It shows the head, shoulders, and hand of a woman attending Queen Nefru. The staff that crosses her body supported a sunshade, part of which appears in back of her head. The sunshade bearer was part of a line of at least ten women and one man. The large ear and elongated eye are characteristic of the work of the sculptors who decorated the tomb. 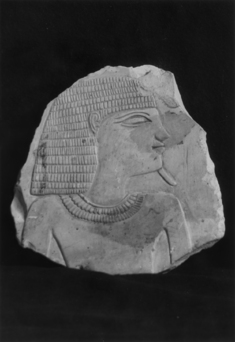 Wall Fragment with Head and Bust