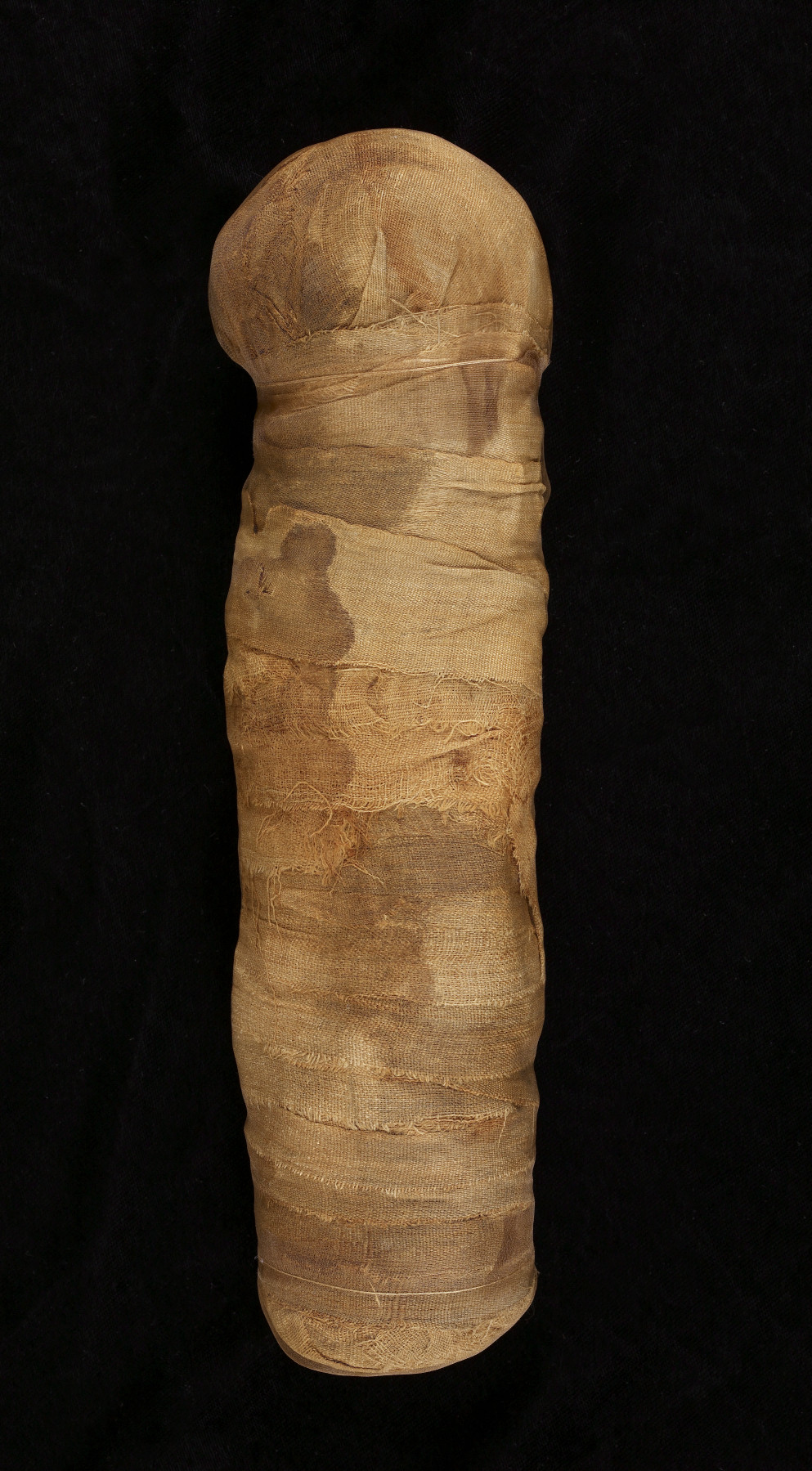 Since the Late Period the Egyptians gave animal mummies as gifts to the gods. These animals were bred near the temples. The largest amount of cat mummies was gifted to the goddess Bastet at her ritual center, Bubastis, in the eastern Delta of Egypt. Some cat mummies were exported to Europe in the 19th century for use as fertilizer.

This cat mummy was carefully wrapped in linen strips. The x-ray of the mummy shows its neck intact, with the forelegs pressed down against the body and hind legs folded together.

Gift of the heirs of Mrs. Frances Eaton Weld, 1947