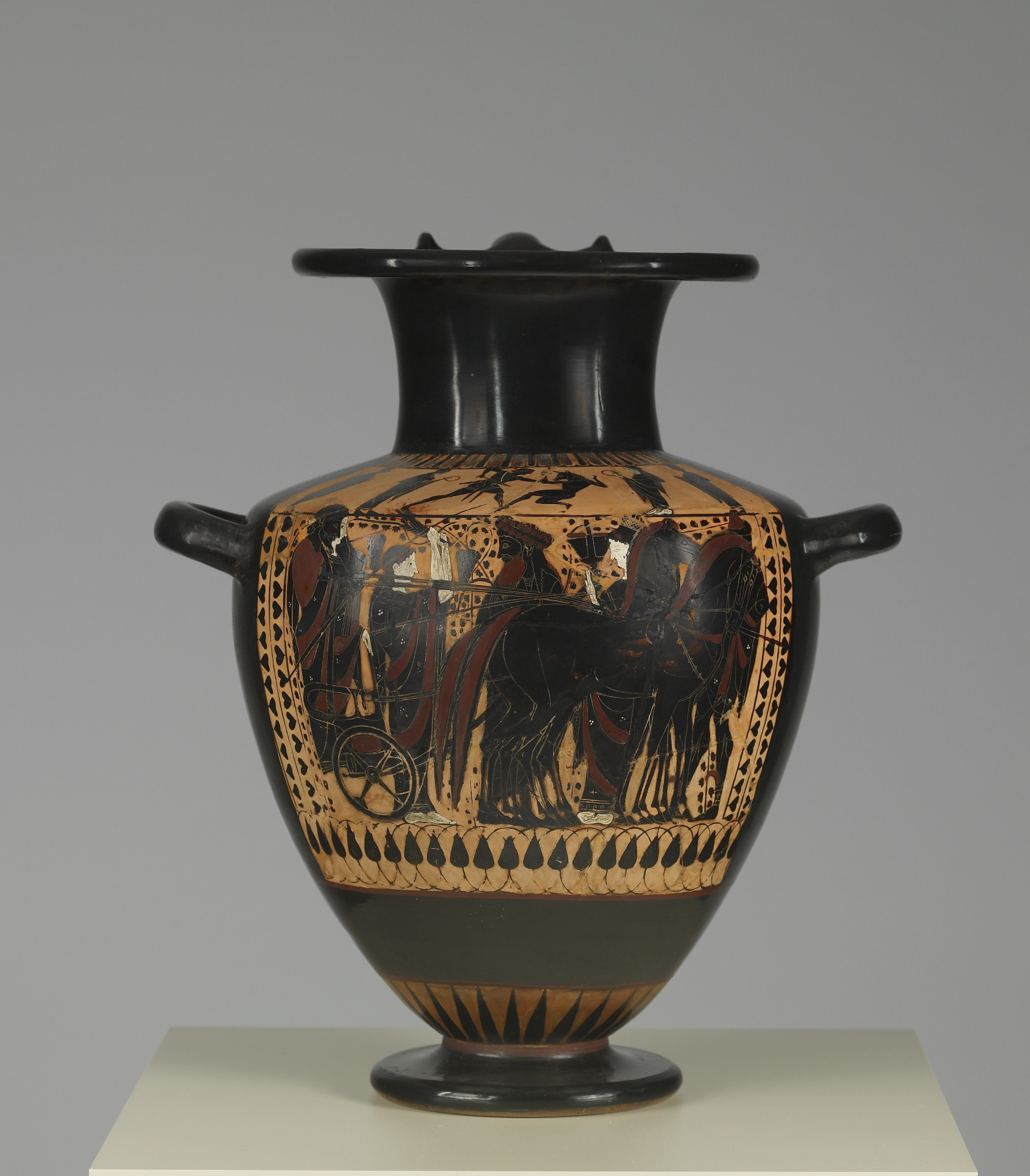 The scene in the main panel of this hydria represents a wedding procession, with the bride and groom in a chariot drawn by four horses. While the groom manages the horses' reins, the woman holds her veil out in a gesture of modesty befitting the Greek bride. Behind the horses are two gods and two goddesses. Just in front of the newlyweds is Demeter, goddess of grain, who holds sheaths of wheat in each of her upraised hands. Looking back at her is Dionysos, the god of wine, who wears a wreath of ivy on his head and holds a large kantharos, his distinctive wine cup. Another figure wearing a polos on her head raises her hand toward the couple, perhaps in a gesture of greeting. At the far right is Hermes, mostly hidden by the horses. Grapevines and large bunches of grapes in the field, alluding to the wine used in celebration of the event, create a sense of crowded festivity.

At the center of the scene on the shoulder is Theseus battling the Minotaur. The hero lunges, his sword drawn and prepared to strike, as he grasps the right arm of his opponent. The scene captures this tale at the height of the action, just before Theseus slays the beast and frees his people from having to offer the Minotaur a yearly sacrifice of young Athenian children. A man and a woman stand on each side of the dueling pair. Each woman has skin rendered in added white and holds a wreath. One of these women is likely Ariadne, whom Theseus married and later abandoned; the object she holds possibly refers to a glowing wreath she gave to Theseus to guide him out of the Minotaur's labyrinth. The identity of the other figures is unclear, but they may represent companions of the Athenian hero.