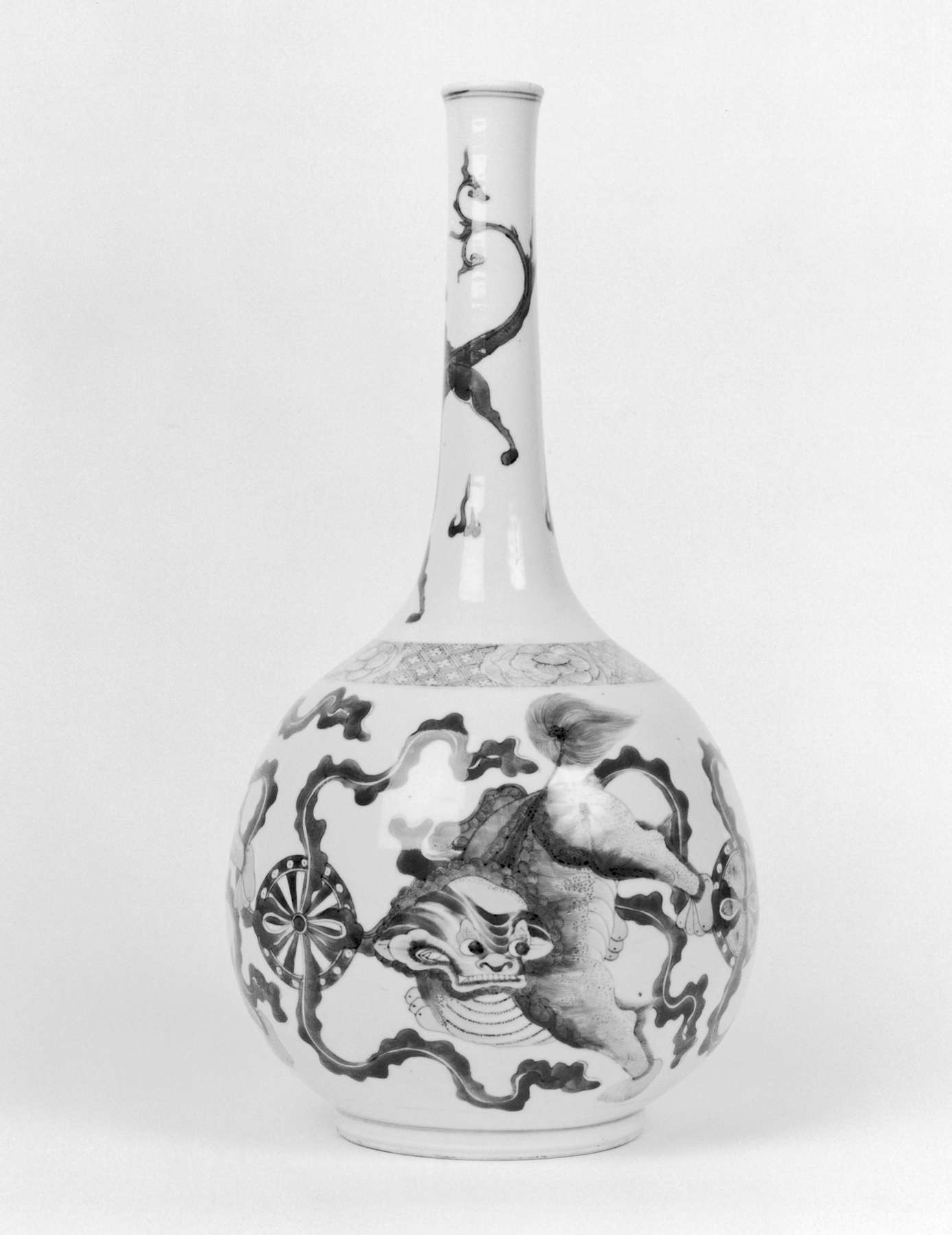 This bottle vase's globular body and tall straight neck are painted with designs in underglaze cobalt blue on white porcelain. A series of Fu Lions are depicted playing with brocaded balls, tassels waving lively around the bounding animals. The lions, characterized by their manes and fluffy tails, are Buddhist guardians often portrayed in similar scenes as the one depicted on this bottle. On the shoulder of the vase is a diaper band filled with blooms while the neck is painted with a creature; it shares the serpentine body of a dragon but lacks a mane or claws. The mystical creature's split tail forms leafy vines surrounded by dispersed flames and an effulgent pearl. Just beneath the lip of the vase are two rings.