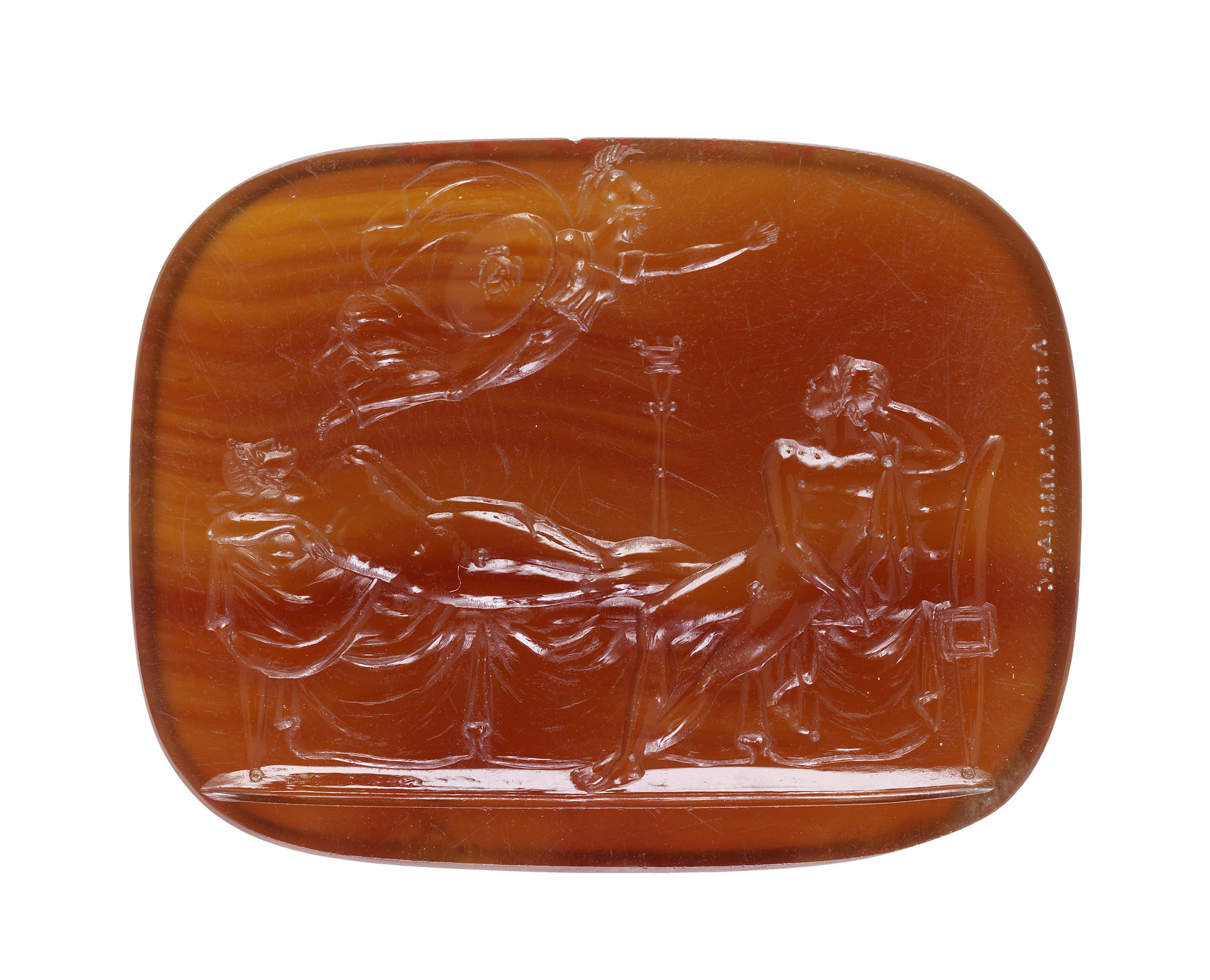 Sardonyx Intaglio of Athena, Goddess of Wisdom, Appearing before Priam

The intaglio, showing the goddess of wisdom hovering over King Priam of Troy, is signed in Greek "Appollonides," the name of the ancient gem engraver mentioned by Pliny.