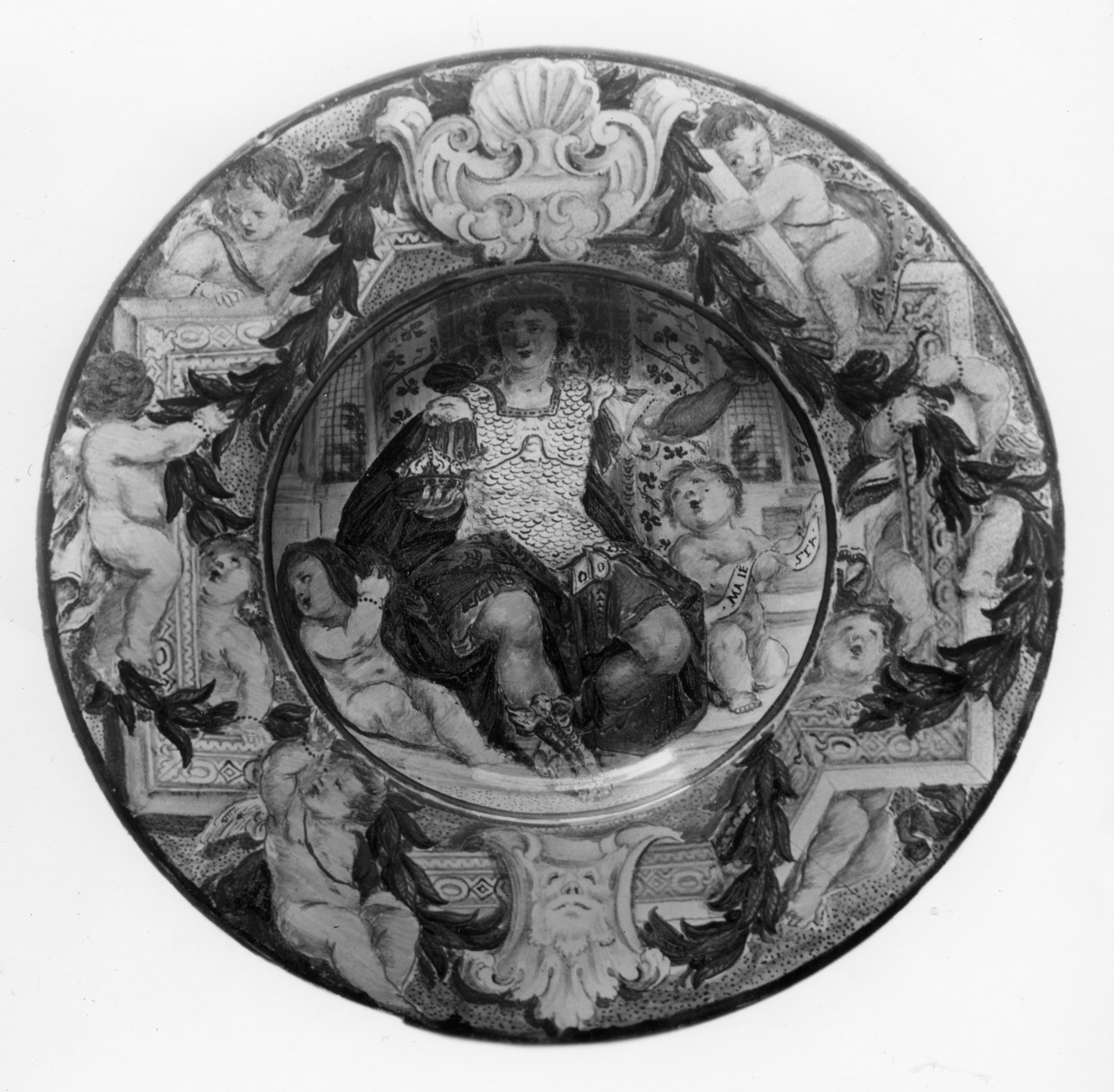 Plate with an Allegory of Majesty

Allegorical figures surrounded by an illusionistic framework featuring putti (naked toddlers, sometimes winged like Roman “spirit” figures and that act above their age) were a common subject in the Grue workshop. On this plate, the central enthroned figure, dressed as a Roman general, holds a crown in each hand. One of the accompanying putti holds a scroll inscribed with the Italian word for "majesty," the subject of the allegory.

Carlo Antonio trained under his father, Francesco Grue I (1618-1673), who had established a prominent maiolica workshop in the town of Castelli by the mid-seventeenth century. Carlo became a successful maiolica painter and received commissions from aristocratic clients, such as the Farnese family in Rome. His maiolica designs often derived from Baroque paintings and classical decorations that were popular in the late Renaissance and early 17th century. He was followed by his son Francesco Antonio Xaviero Grue (1686-1746) and the Grue workshop maintained its importance into the beginning of the 19th century. By 1700, fashions in tin-glazed earthenware favored manufacturers in northern Europe, and the character of the maiolica produced by the few prominent Italian workshops was very much influenced by trends in French decorative arts, with simple pastoral subjects and light pastel color schemes, such as the blue, grey, green, yellow, grey, and gold colors used throughout this plate.
For other works by the artist, click on his name in the “creator” field. For additional information on "maiolica," see 48.1336.

[Transcription] On the front, on the banderole held by a putto: -MA IE / STA-