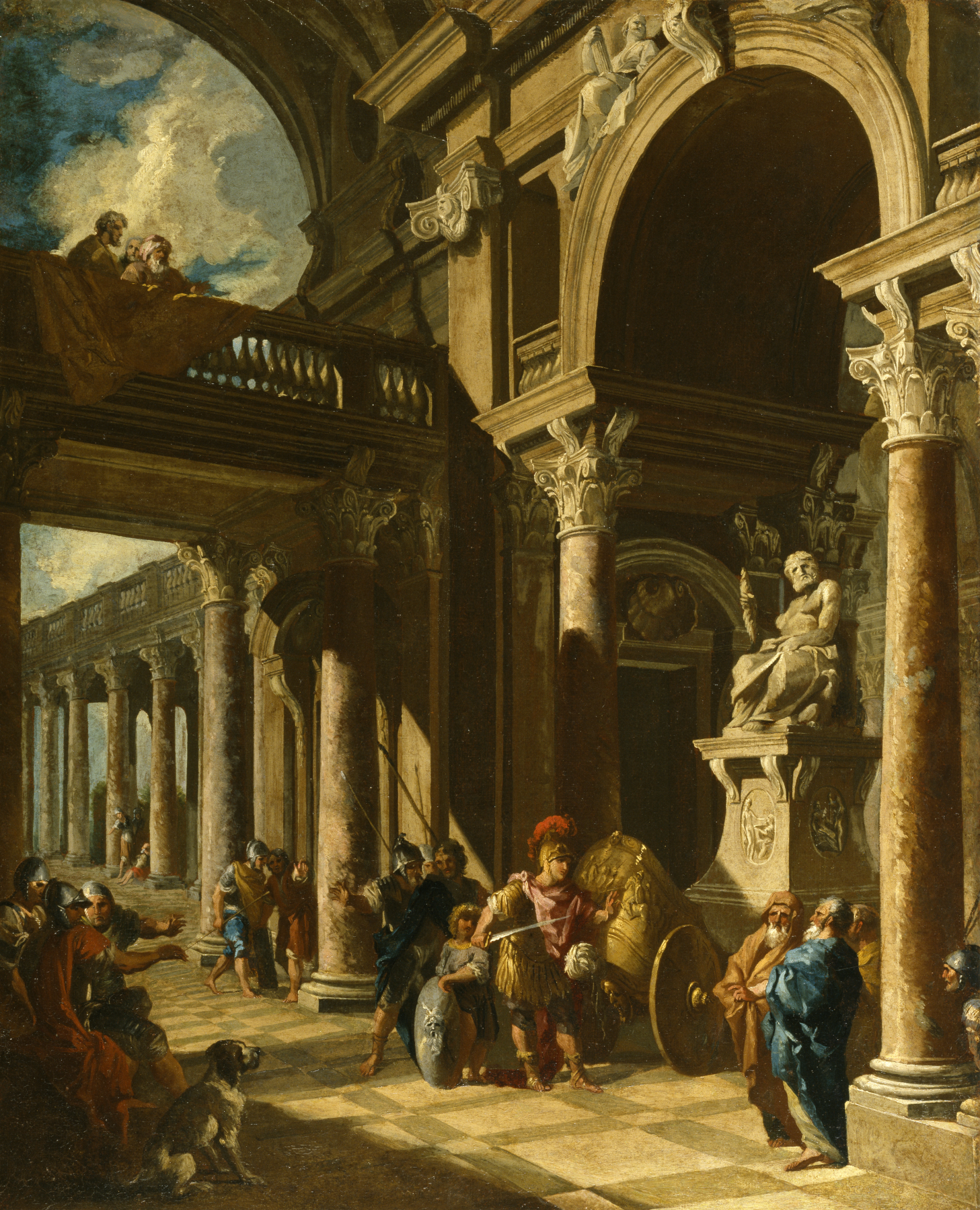 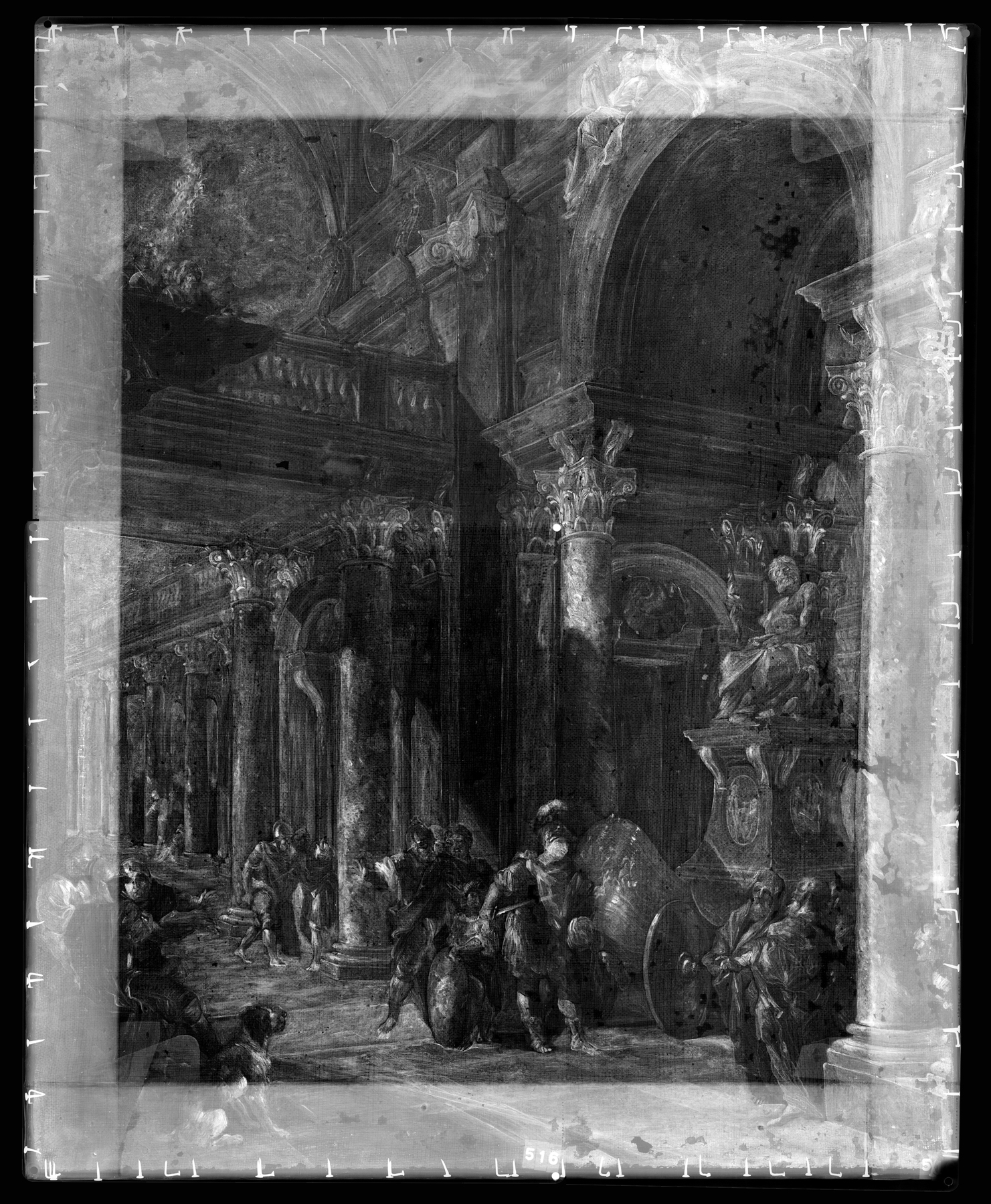 In this companion to "Alexander the Great at the Tomb of Achilles" (Walters 37.510), the Macedonian ruler and general has entered the town of Gordium (in present-day Turkey) in 344 BC. In that city was the chariot of Gordius, the father of the legendary King Midas. The yoke of the wagon was fastened by a complicated knot. It had been prophesied that the one who could loose the knot would become the ruler of Asia. Instead of trying to untie the impossibly difficult knot, Alexander just cut through it with his sword. He went on to conquer Asian kingdoms as far east as Afghanistan.

To suggest Asia Minor and the ancient past, Panini introduced a bystander wearing a turban and placed the scene in front of an altar dedicated to Zeus, ruler of the Greek gods, enthroned with his thunderbolt. 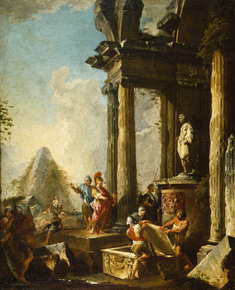 Alexander the Great at the Tomb of Achilles