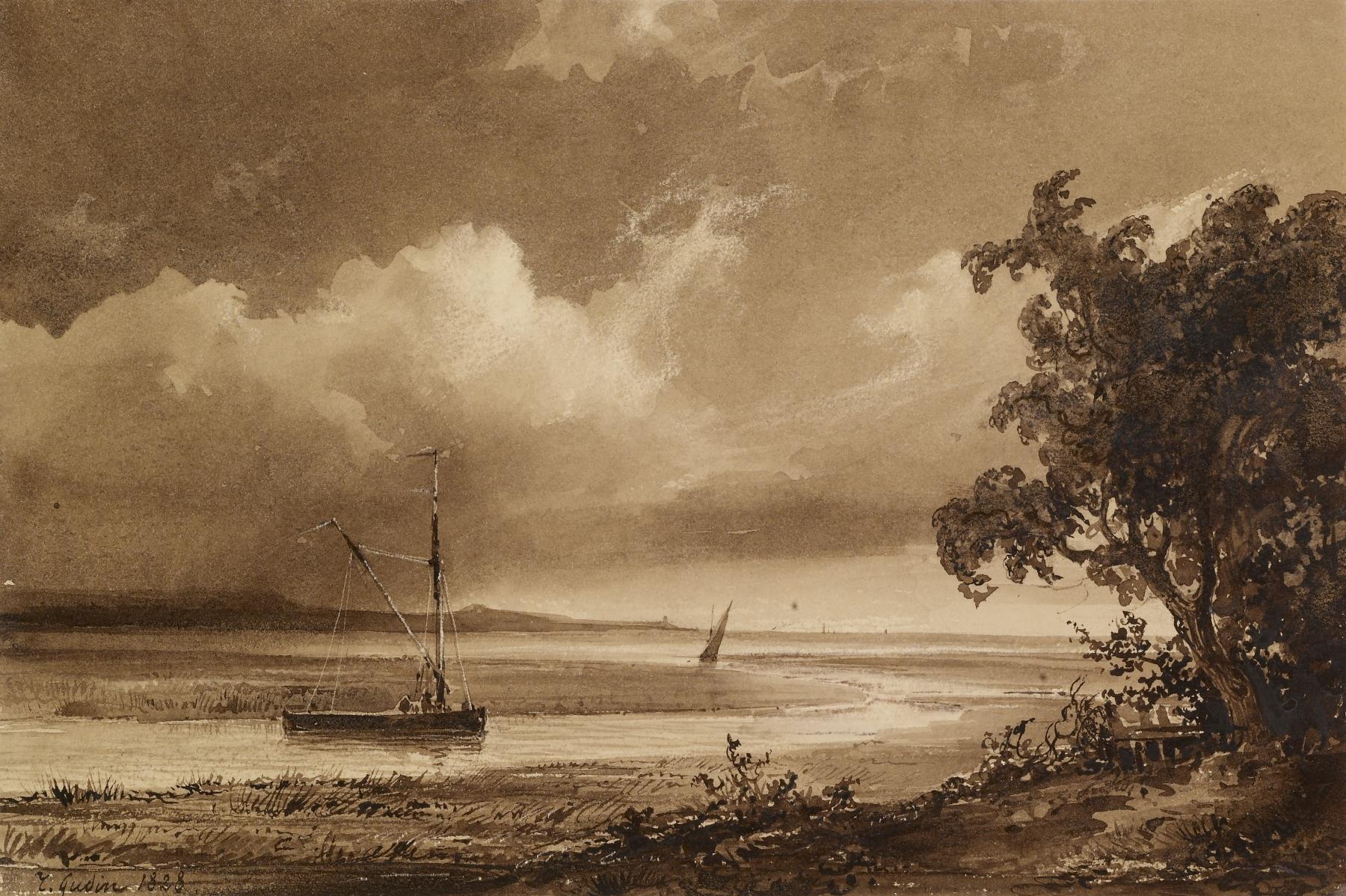 Jean-Antoine-Théodore de Gudin is best known for his large-scale paintings of sea battles and violent shipwrecks. This peaceful marshy landscape is in sharp contrast to the artist's many battleship scenes, which earned de Gudin the title of "Peintre de la Marine," the official painter of the French royal fleet.