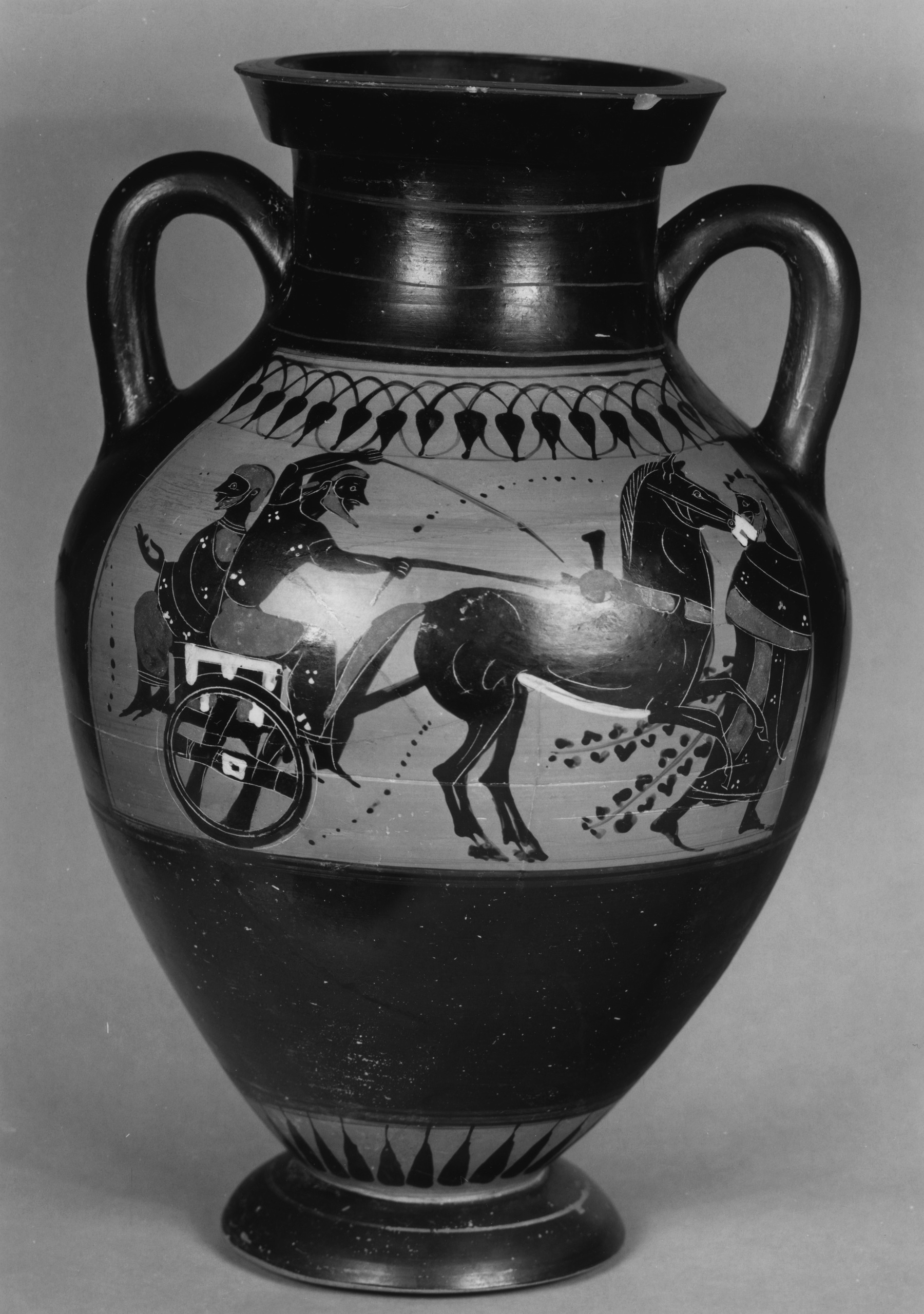 Amphora with Herakles and Apollo

One side of this amphora depicts the contest between Herakles and Apollo for the Delphic tripod. According to myth, Herakles traveled to the sanctuary of Apollo at Delphi to consult the oracle, but when no answer was forthcoming, the hero seized Apollo's tripod, prompting a struggle between the two. Here, Herakles strides quickly to the left toward a seated woman who holds a wreath. She is probably the Pythia, the priestess of Apollo responsible for delivering the god's oracles. Herakles looks back toward Apollo, who defensively grasps the tripod. On the opposite side of the vase is a rustic scene of two men riding in a horse-drawn cart. In front of the horse strides Dionysus, the god of wine, who is wreathed in ivy and holds ivy fronds. Three rows of dots in the area around the figures imitate inscriptions.